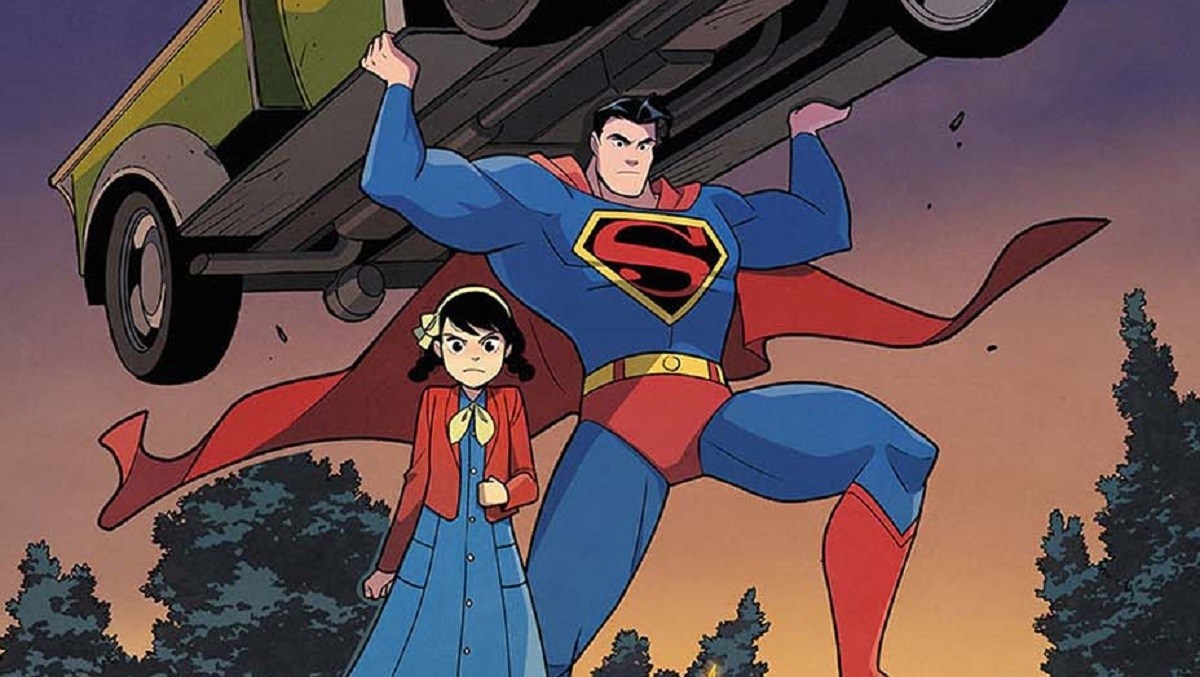 It’s no great secret that 2020 has been a dumpster fire of a year, but traditionally, times of great strife and turmoil yield magnificent works of art, and this year has certainly been no exception.

1. X OF SWORDS (Marvel Comics) – The first comic book that I want to talk about is no great shock but still a bit of a pleasant surprise. Last year’s House of X/Powers of X mini-series by Jonathan Hickman/Pepe Larraz/R.B. Silva reinvigorated Marvel’s stagnant X-Men franchise to a degree that most of us long-term fans had despaired of believing was possible. Everything was new again, seething with excitement and potential. The relentless weekly pace of the twelve issues and the beauty of two complementary art teams with no fill-ins focused the narrative to a degree that made it my favorite run of 2019. However, as soon as the event finished, in the merry Marvel tradition, the franchise immediately fragmented into five or six different titles that were released with such frequency, it wasn’t really tenable for most to even give them all a chance. 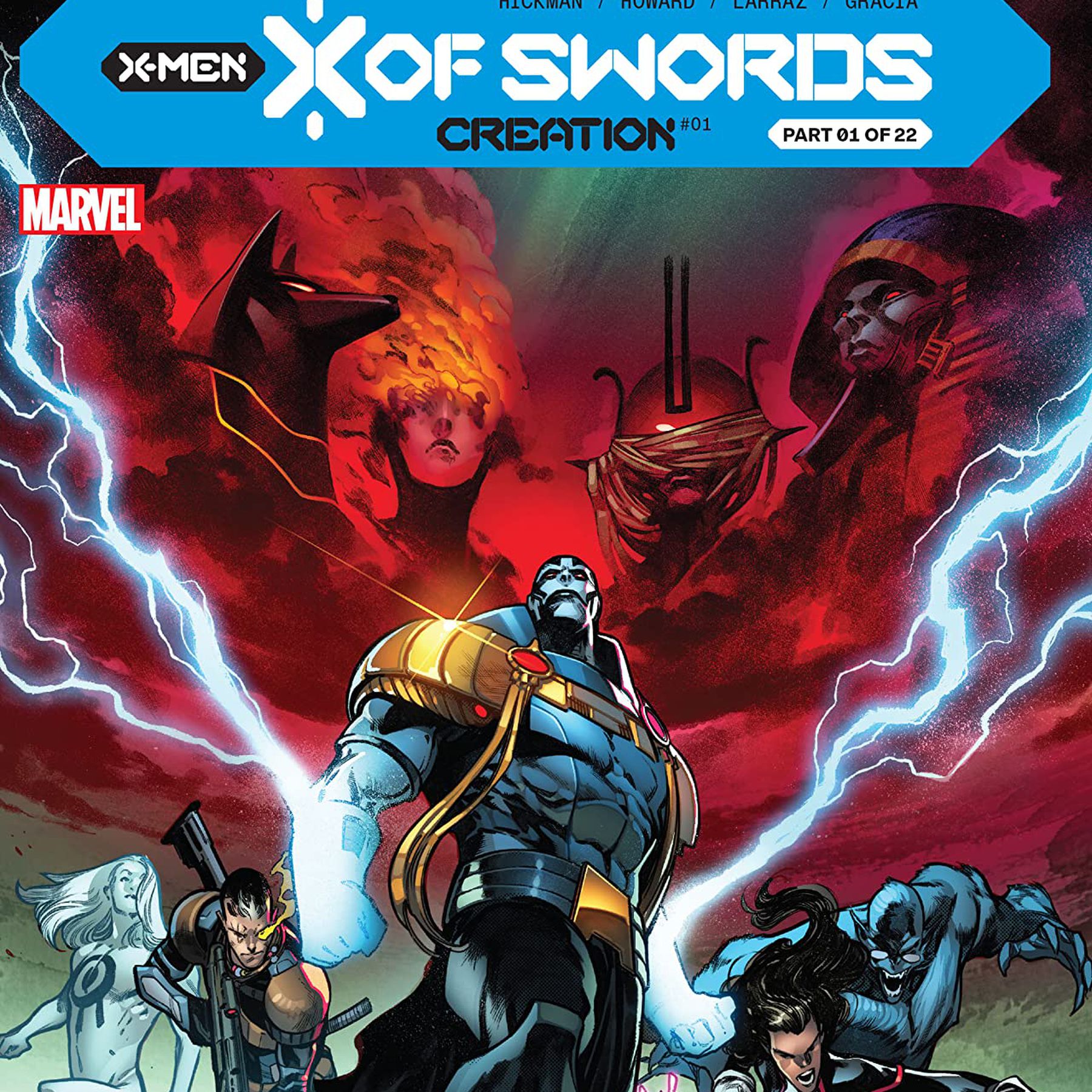 So, I was a bit ambivalent when X of Swords was announced. 22 chapters scattered across every title, usually three per week. Yes, Hickman was the “showrunner” or whatever they wanted to call it, and he was writing the major installments with Larraz returning for that already classic HoX/PoX feel, but anyone who’s given them a chance down through the years has been burned on so so many ultimately useless Marvel crossover tie-in “mega-events,” my hopes were still not high. Why not just another tight twelve issues by Hickman and two art teams? I was so so wrong. Every chapter heightened the stakes and propelled the narrative forward at a breathtaking pace, no matter who the creators were. I couldn’t wait for every Wednesday to gorge on another 60 pages of the delight.

There were so many moments that I suspect played well for less experienced readers but that had me clutching my heart while laughing like a madman at the bonkers insanity of the wildly careening plot: Doug’s challenge, Logan’s challenges, Illyana in general, and I mean, Storm just journeying to Wakanda for her sword. That set-up is the definition of event filler. You have to pay $4.99 for this one issue of Marauders that’s Chapter 5 of 22 and the only point is that Storm needs a special sword so that she can eventually be one of ten mutants fighting ten other evil mutants. But Vita Ayala and Matteo Lolli, creators I’ve never even heard of, wring out pathos and deep character depth, really the best I can recall Ororo displaying since Claremont finally took a walk thirty years ago. 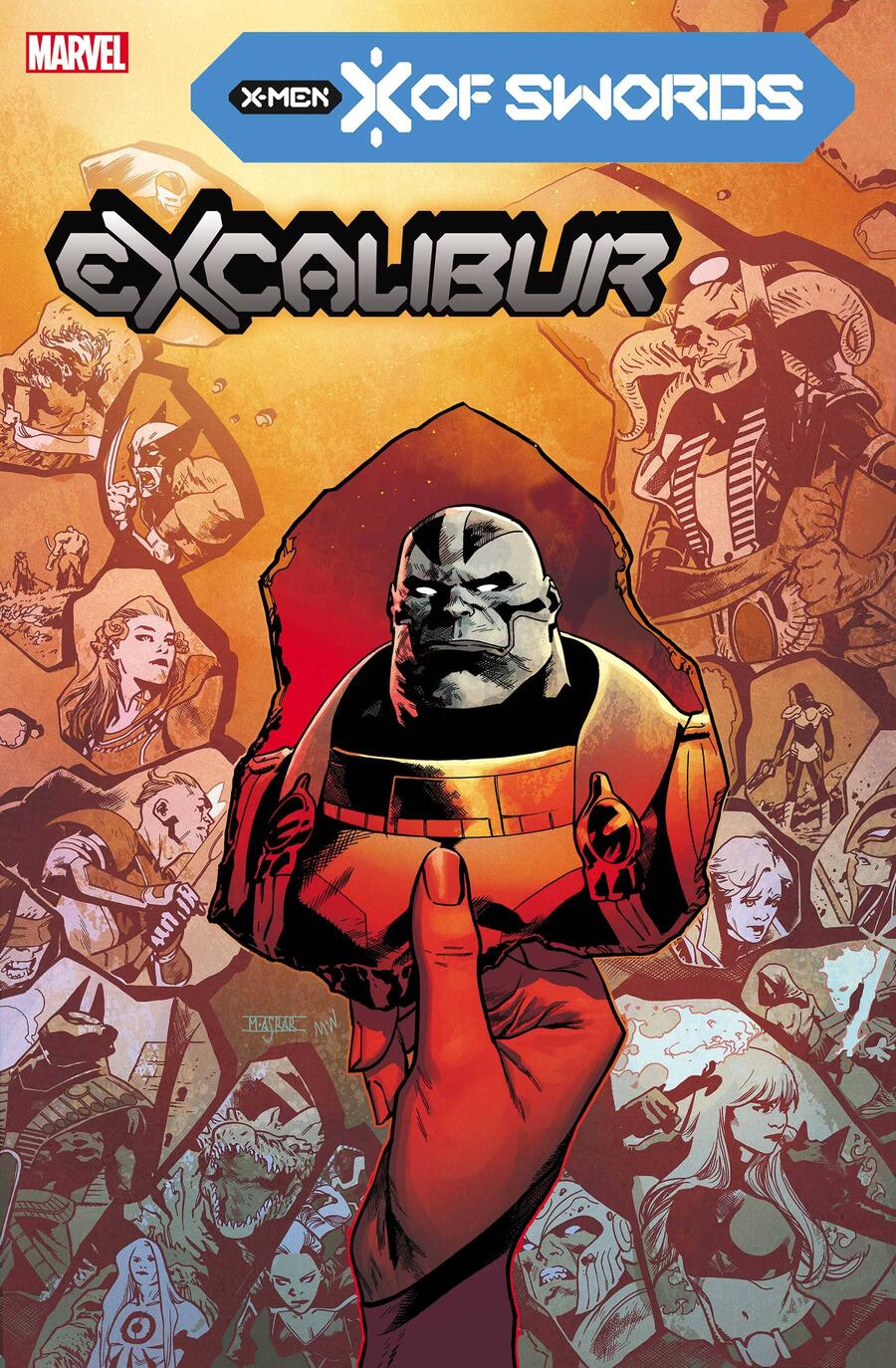 And I haven’t even mentioned the absolute glory of how this epic handles Apocalypse as a proper protagonist. Yes, it’s explosive and loud and interdimensional and big and bursting, but this creative crew never loses sight of what binds the tapestry of the folks who used to live on 1407 Graymalkin Lane and have since relocated to a sentient island nation: it’s the quiet human moments, the little beats of self-discovery and revelation, the choices they make that mean nothing will actually ever be the same. 5/5 Swords Across the Multiverse.

2. SUPERMAN SMASHES THE KLAN (DC Comics) – In 1946, when the character was only eight years old, the radio serial The Adventures of Superman aired an arc of episodes entitled “Clan of the Fiery Cross” in which Superman battled the Ku Klux Klan. These were some of the most popular episodes of the series and have now been loosely adapted all these years later into Superman Smashes The Klan a three-part graphic novel by Gene Luen Yang & Gurihiru. 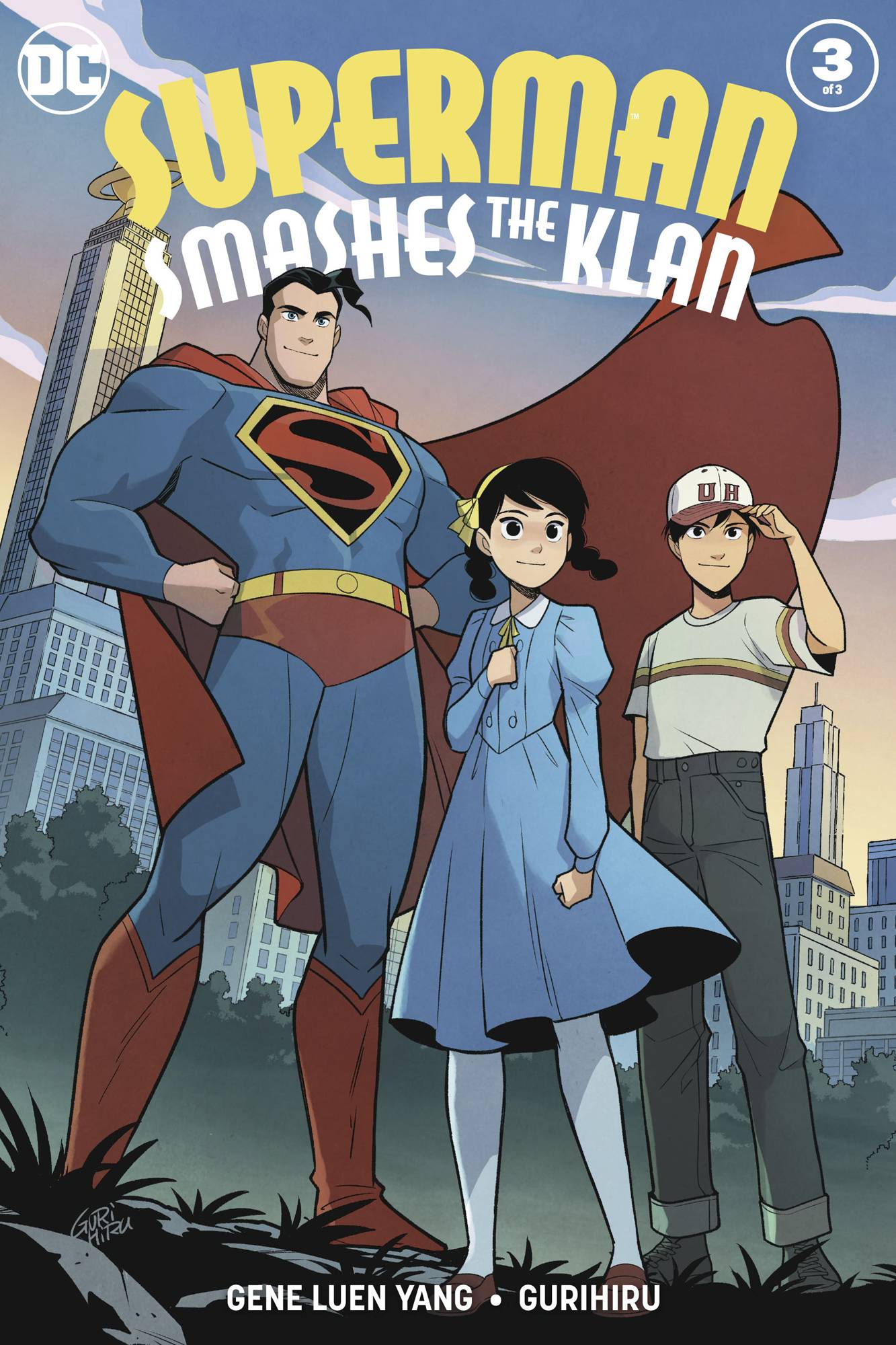 The series takes place in its own Golden-Age pocket-continuity set in 1946 when Superman is still developing as a character and a hero. He doesn’t know about Krypton. He doesn’t know about kryptonite. He can’t fly, so he sprints down telephone wires to save the day. Lois Lane and Jimmy Olsen are on hand, but even more prominent are new characters Roberta and Tommy Lee, whose family has just moved from Chinatown to downtown Metropolis. Their mom is having trouble with English and keeps reverting to Cantonese, much to her husband’s chagrin.

This sets up an extremely compelling duality in which this family finds themselves targeted by the Klan because of their race and get help from Superman, who himself is only now coming to terms with his alien nature and true identity as it relates to the fundamental part of what makes him who he is and what that says about America, the land that he calls home. Yang delivers a pitch-perfect script full of drama, humor, and wonderful character moments, all perfectly executed by the art duo Gurihiru, whose cartoony art style belies the serious nature of the narrative while anchoring it in a lighter tone that makes it easier to digest. 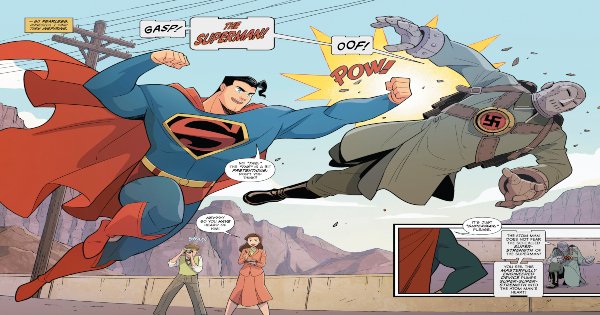 At once timeless and classic, SSTK stands as one of the best Superman stories to come along in a very long time and a shining example of the finest qualities that both genre and medium have to offer, telling a story that entertains while actively trying to make the world a better place. 5/5 Immigrant Songs

3. JACK KIRBY: THE EPIC LIFE OF THE KING OF COMICS  (Ten Speed Press) – You’d think there’s really nowhere to take it after an instant classic starring the original superhero, but this year saw the long-awaited delivery of one of the greatest stories ever told across the history of the medium: the true and actual story of the life of Jack Kirby… 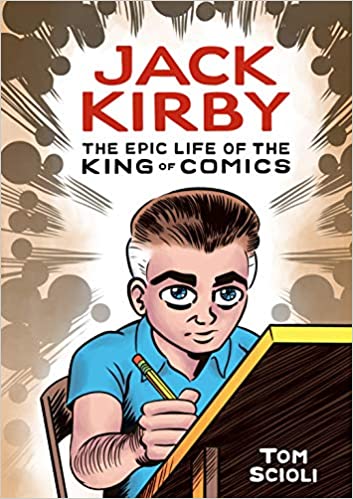 Tom Scioli has been building toward this in plain sight for the past 15 years, first treating Kirby as genre in the devastating and underrated Gødland, before streamlining his style into a more cartoony pre-aged retro look for G.I. Joe vs. Transformers and Go-Bots, most recently bringing it all home in a stunning act of narrative compression by cramming all 108 issues of Kirby’s legendary Fantastic Four run into only two massive issues, all this though seemingly in service of codifying his situation to tell the life-story of the most important comic-book creator of the twentieth century in Jack Kirby: The Epic Life of the King of Comics.

Scioli writes, draws, colors, and hand-letters the entire book, which opens on Kirby’s childhood as a member of a Brooklyn street gang and quickly moves through his very young entry into the world of cartooning in order to help provide for his family. The early childhood bits are powerful enough, but soon Kirby’s co-creating Captain America, heading off to be an advance scout for the Allies during World War II after drawing enough extra pages that his fans will barely realize he’s overseas, inventing romance comics, then serving as the primary imagination engine birthing the Marvel Universe before heading over to DC Comics for his truncated Fourth World magnum opus, all while battling an increasingly frustrating corporate infrastructure that champions creation at the expense of creator and denies recognition to the white-hot imagination that has given more to the medium than any other. 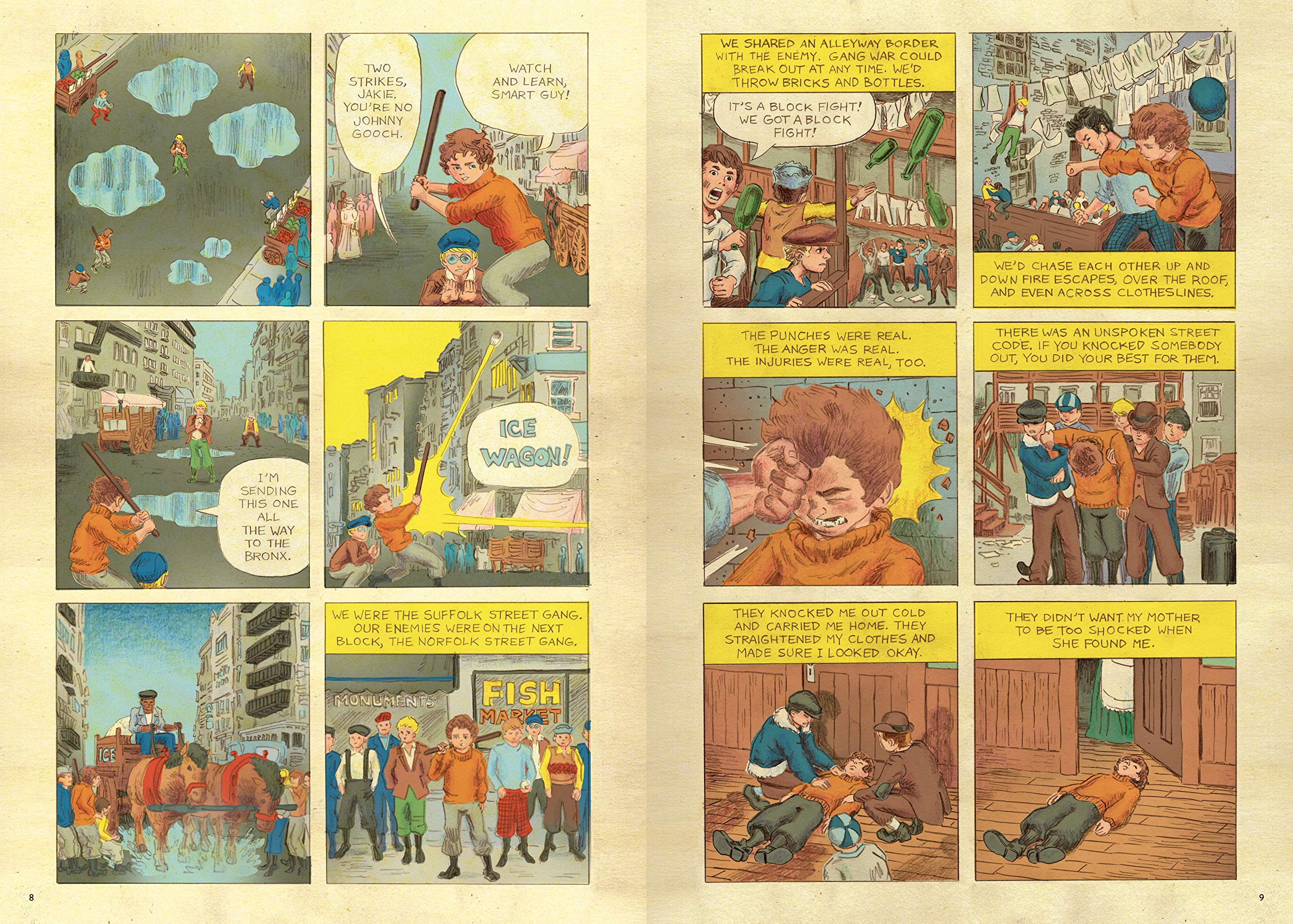 It was definitely all too much for me to take more than 8-12 pages at a time. Scioli delivers a masterpiece worthy of the epic life that it relates, an inspiration to all who have followed and a call to action to celebrate the man who regularly conjured mythologies through the simple act of sitting down at his table and getting started, every day for decades. Kirby Forever. 5/5 Kirby Krackles

Have a better New Year, will ya?