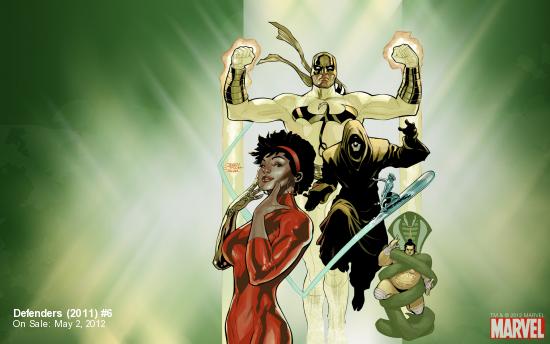 You know why. They’re fun, affordable, and swift. Go great with Flax.

But, maple syrup? Damn, it always costs like 17 bucks. You know, unless you’re drenched deep in the sticks of Vermont, half of that shit is fake. So, allow Trader Joe’s to be honest, call this fine product a “blend” and charge hardly anything for it. 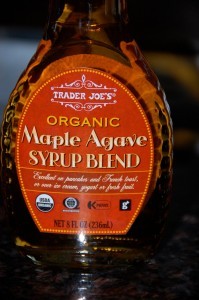 And the happier my mornings-food go, the less stress I will take out on my favorite comic book writers.

In today’s first annual “Weekly Worship” segment, I’d like to commend the oft-criticized Matt Fraction for a hell of a run on the new Defenders title. Matty had a rough go at it with Uncanny X-Men and last winter’s Fear Itself, despite our monastery enjoying a fair portion of Marvel’s last event. And, for whatever reason, the tie-ins were actually awesome.

Fraction’s 4-year-plus long run (!!!) on Invincible Iron Man is about as great a run in comics in recent history; and while it’s often been quarantined into “slow burn” status among cynics (damn this new ADD generation!), the writer’s use of Stark’s self-doubt seclusion, seamless Downey Jr.-inspired characterization (a movie tie-in that actually works!), and ability to keep the same artist month and month out (Salvador “De” Larroca!) needs to be recognized. Sinners.

Now, if only Frac could find a way to sell a solo War Machine comic…

Defenders are a fun group led by Doctor Strange (I even quoted the skunky-haired sex addict on my Facebook today) and somehow the title even has me caring about weird shit like the… Concordance Engine?!…. Nearly every page has some eclectic quote, hint, advertisement, or self-afflicting tagline on it, so kudos to the letterer dude. That’s like giving credit to a busboy after a reasonable dining experience.

I honestly don’t know why I like Defenders; I just think it’s a book people would find fascinating if they didn’t care about superheroes too much. It’s a bunch of uncomfortable oddball B-listers (Sub-Mariner, Red She-Hulk, etc.) trying to solve uncomfortable riddles written by a guy using the uncomfortable plot-focused Marvel method, which just makes the shit just uncomfortably awesome.

3 Replies to “The Weekly Worship: Finally, some Maple Syrup I can afford!”