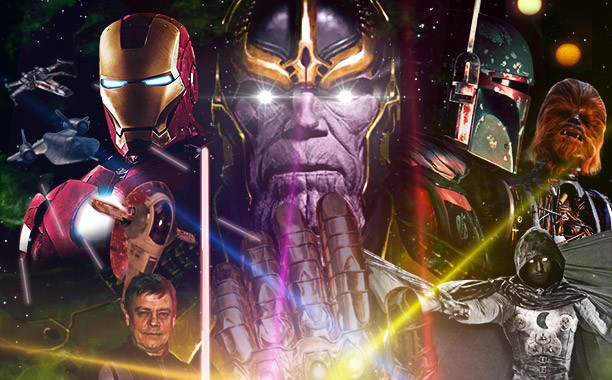 Is this the greatest nerd-inspired improv scene of all time?

Whether the elongated 8-minute-plus rant makes this week’s “Parks & Recreation” is unsure (it better), but Patton Oswalt‘s crushing monologue gives us no choice but to tune in this Thursday at 9:30/8:30 C. And, honestly, with Disney owning all of these properties, we’d be a little silly to even find it that far-fetched!

Sure a film as close to this reality would likely release in the year 2039. Either way, I’ll be waiting.

Fanpages can be annoying. You’re scrolling down the Facebook Wall in search of some interesting bits and knowledge from your pals — since you’re obviously too lazy to call, or even text — and there’s countless posts, pictures and videos of bands, movies and TV shows you liked 7-years ago. Fans are posting up artwork, which is cool; but you can’t help but find it difficult to get straight to all the good on Geek Culture.

Well, allow the reformed God Hates Geeks fanpage to take that senseless time off your hands.

With the help of Expert Nerd-News Compiler, a sort of a “Solid Waste Engineer” moniker for “man who spends too much time on the inter-web,” Steven John Vasquez (@SteveOfSteel) — who’s also quite the comic illustrator himself (click here for some mighty sketches) — GHG promises to slay your skull with all the latest news, posters, trailers, previews and annoying rumors our incredibly awesome culture has to offer.

We’re thankful for the many who have joined us in the past month and we promise to not stop bringing you the goods. See, what separates Us from the perhaps more money-advanced rest is our agenda. We have none. For, we both simply love and hate everything equally. Okay, so perhaps this Moody Monsignor has preferred Star Wars lately over a ton of much else.. but, regardless, our slant will always be the same.

Click on the GHG icon above and join the congregation (a.k.a. “like” the page, dammit!). If nothing else, just give us one more person to bother with our bullshit.