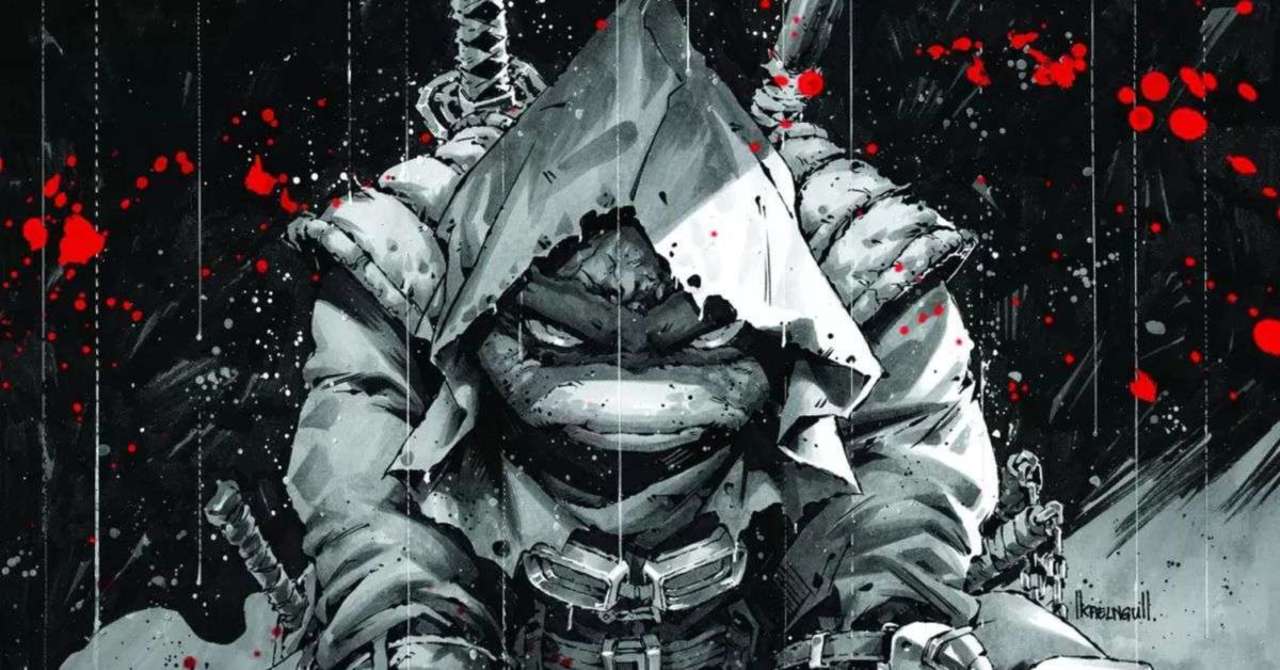 Dark future stories where a once-hopeful, determined hero has become disillusioned, angry, and vengeful like the one in The Last Ronin are fairly commonplace in comics, the most famous example being The Dark Knight Returns, which is why it’s actually somewhat shocking that it’s taken this long to get one from the Teenage Mutant Ninja Turtles, a property heavily influenced early on by Frank Miller comics that’s been around since the late 80’s with elements that seem so perfect for this type of story.

That said, maybe it was for the best that it’s taken this long because, based on this first issue, the story’s certainly worth the wait. 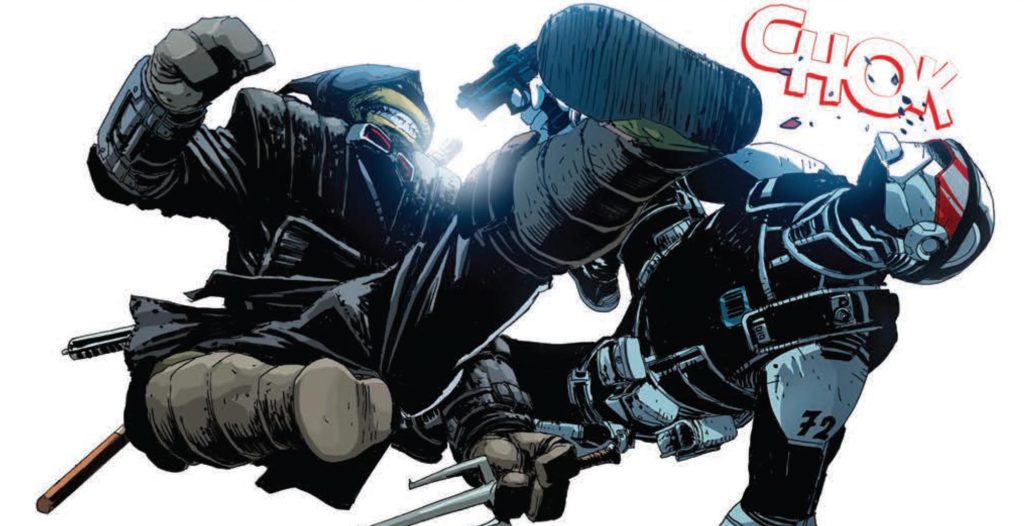 This issue — written by Kevin Eastman and Tom Waltz, based on a story Eastman and Turtles’ co-creator Peter Laird outlined all the way back in the 80’s — is all about the last living turtle on a suicide mission, a last quest of vengeance after the death of his brothers and father. It’s exciting and intense and the combination of Esau and Isaac Escorza‘s art and Luis Antonio Delgado‘s colors does a fantastic job of depicting the sense of anger and tragedy following the lone turtle every step of the way.

However, all of this could have been for naught had the story in this issue not been good, and one simple way to ruin would have been to pick the wrong turtle for this story. While, the wrong turtle would be different for every reader, the turtle this one turns out to be is the perfect one for me because he’s the one most out of his element in a story like this, which could make the most interesting story. Possibly the best part of this issue for me, however, is that it doesn’t just feel like the first chapter of a larger story, something I’ve criticized a pretty large portion of the comics I’ve reviewed before because it’s so prevalent in modern comics. All in all, this issue has just about everything I love in comics. 5/5 Ronin Bibles.

Image Comics released the premiere issue of Department of Truth at the very end of last month. I wasn’t too drawn to the cover, or the art inside the book. I did manage to read it digitally and was glad I did. Sacha Baron Cohen spoke recently on the Age of Reasoning ending via fearmongering, and the growing disdain for truth ruining democracy.

Writer James Tynion IV takes a stab at Reason’s Antagonist with this series. The series hits with such relevance as Youtube, Wikipedia, and Google run the trade of information. I am already a fan of Tynion IV for his consistency and great work on Bat Books. I pray this series doesn’t fade away like Black Monday Murders, or The Dead and Dying. I anticipated reading issue 2 of this series after issue 1 cleverly took on Flat Earthers. 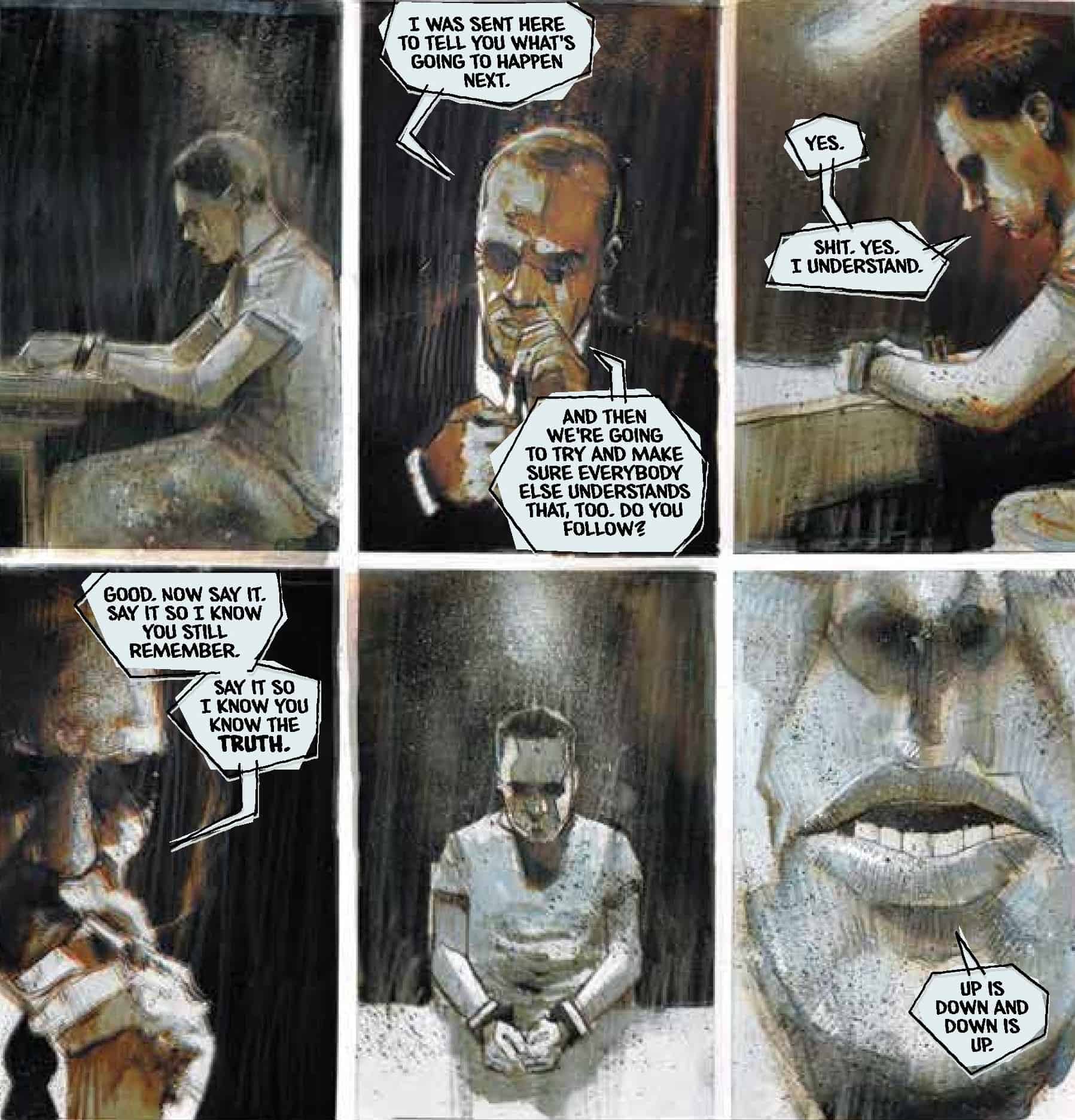 Issue 2 sort of deals with the relevant Qanon conspiracy running wild about adrenal glands being used by Satanic cults in popular mainstream media. The book touches on how mass paranoia affects reality insomuch that the fear becomes an almost tangible thing. There’s even some fun for David Icke enthusiasts. I think the main character, Cole, is great and his vulnerability reflects the suggestive audience of current times.

I deducted a bible point because I wish this book’s art had attracted me to the story instead of putting me off. That being said, the art fits the story being told. Artist Martin Simmonds brings that 30 Days of Night style that made me not pick up 30 Days of Night. In the long run I accepted it because it fit, but you have to really be in the mood for such a stylish technique. It’s a blend between Alex Maleev, Bill Sienkiewicz and Dave McKean. It works for the nature of this book. I would have picked up the book if it were Aaron Campbell, Hellblazer‘s current artist, because it’s grittier, cleaner, realistic, and morphs into abstraction well. Though, that would make Department too scary. We’re already trying to make out the truth, and Simmonds really has us squinting the eyes. It’s a good read so far and I recommend it. 4/5 Bibles.

Ooohhh we’re halfway there, ooohhoooh livin on a……sorry got carried away! Stasis #1 is the eleventh book in the twenty-two part art crossover X-Men crossover “X of Swords”. Written by the powerhouse team of Jonathan Hickman and Tini Howard, and beautifully drawn by Pepe Larraz and Mahmud Asrar, it is out now and here’s what we know so far.

If you’ve been following along so far, in the first ten or so issues the Champions of Krakoa have been revealed and each has acquired their sword. Now they await the contest of champions that will decide the fate of mutantkind and the world. I’ve really enjoyed this story for the most part, though some of stories felt a bit rushed, but did each of our hero’s enough justice that I’ll give the writers a pass. After all there is a lot to cover…they are rewriting the history of mutantkind after all. I get it! 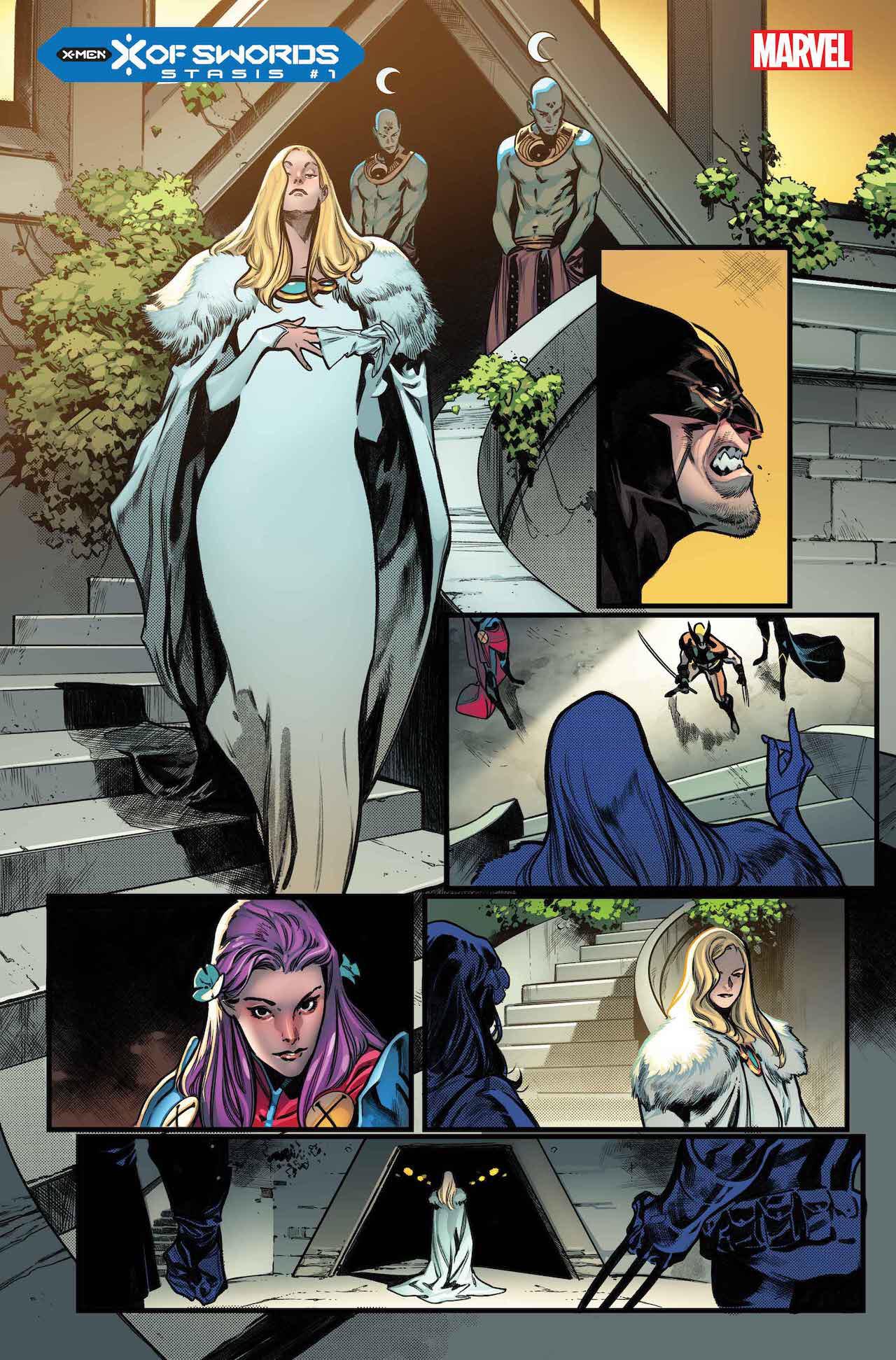 This brings us to our current issue that reveals the Champions of Arakko and their acquisition of the swords they will wield in the contest to come, or their recruitment into said contest. I personally would have liked to see a little more time spent fleshing out the backstories of these characters only because most of these folks we have only just been introduced to and we don’t know much about yet. Hopefully we will get more details in the next eleven books that follow.

So far I really dig the reimagining of Apocalypse’s origin and mutants as a whole, especially with far more of an elemtn of fantasy thrown in. Also, the little twist at the end was appreciated despite seeming kinda predictable. Now that we know all of the players, it’s game on. 4/5 Swords.