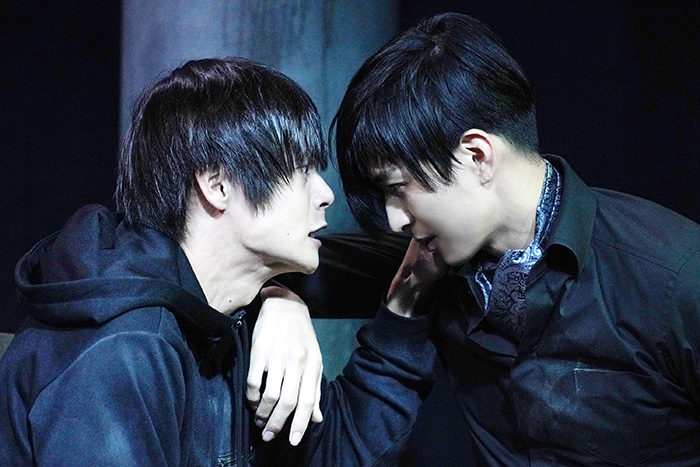 I’m a casual Tokyo Ghoul fan. I’ve seen the first two seasons of the anime albeit several years apart in between viewings and I kind of like the second season despite it being known as a terrible adaptation for glossing over a good chunk of the manga. The 2017 live-action film had been on my watchlist forever and I finally got around to it after I was informed I’d be reviewing its sequel Tokyo Ghoul S. The previous Tokyo Ghoul film is actually the best live-action anime film I’ve seen thus far. In all honesty, that’s not saying much especially since the film still has some glaring issues but Masataka Kubota (13 Assassins, Rurouni Kenshin Part I: Origins) is such a satisfying Kaneki.

Tokyo Ghoul S feels like a different film in comparison. Fumika Shumizu retired from acting, so Maika Yamamoto replaced her as Touka Kirishima in the sequel. Kaneki is also suppressing his ghoulish desires throughout S and it’s absolutely frustrating. He’s psychotic and terrifying in the first film, but restrains himself by consuming nothing but coffee in S. He’s sluggish, can’t keep up with other ghouls, and is constantly getting his ass kicked throughout the film. Shota Matsuda is the sole reason to see Tokyo Ghoul S. Portraying Shu Tsukiyama, Matsuda is a ghoul also known as The Gourmet. He gets off on fine cuisine and extravagant delicacies. He eats human flesh, but it’s presented to him as a five star dish. Once he catches a whiff of Kaneki, then the hunt for the most exquisite gourmet meal begins.

The opening sequence is nasty and vile and undeniably everything I’ve ever wanted from a Tokyo Ghoul film. Tsukiyama rips a model’s eyeballs out of her head and consumes them like maraschino cherries. The camera goes dark after her eyes are plucked out of her skull before showing the perspective from the dangling eyeballs as Tsukiyama lowers them into his mouth. He then chucks her barely breathing carcass out of a skyscraper window where she plunges down onto a crowd of people on the ground below. Tsukiyama runs around in this weird mask that envelopes his entire head even encasing his impressively emo hairstyle. In that mask, he’s totally awesome; sniffing handkerchiefs with a few drops of Kaneki’s blood on them and is basically fueled by this orgasmic urge to consume Kaneki cuisine.

But once Tsukiyama takes that mask off, he isn’t nearly as impressive. The action sequences are really well done, especially the Touka/Tsukiyama fight where the camera placement feels like a Resident Evil boss battle. The special effects have always been one of the main downfalls of live-action anime films and that is no different for Tokyo Ghoul. There are times when the kagunes used by the ghouls look fantastic, but they tend to look less and less great the longer they’re showcased. The scenes in between Tsukiyama’s screen time are practically sleep-inducing. It feels like nothing eventful happens unless he’s around. Kaneki willingly and knowingly making himself weaker is rather infuriating, as well. These films are attempting to be more faithful to the manga and that’s fine if Kaneki refusing to eat and being a little turd about it is what occurred in the source material, but it doesn’t make it any less annoying.

I definitely recommend going out of your way to see the first Tokyo Ghoul live action film. It’s way better than it has any right to be. Tokyo Ghoul S is more of a rental suggestion though. The gore is outstanding, the action is entertaining, and Tsukiyama is a bad ass, but an eating fetish can only take a film so far. The film drudges along during setup sequences and long strings of dialogue. How a returning Nishio (Shunya Shiraishi) is able to get stabbed a dozen times and not die is somewhat entertaining in its own right. The Tokyo Ghoul live-action franchise has so much potential and hopefully it can get back on track if another film ever goes into development. 3/5 Pickled Eyeball Bibles.