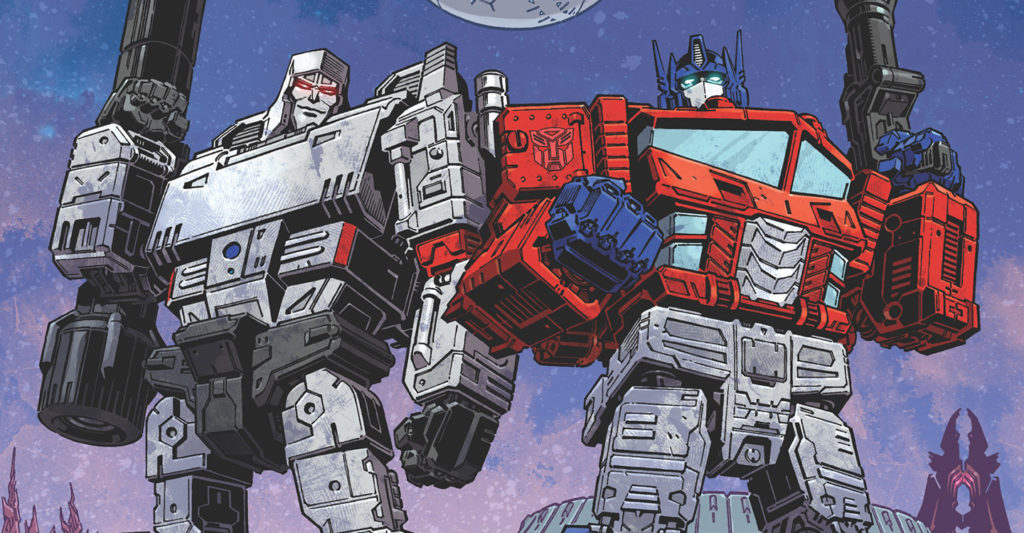 IDW Publishing starts a “Bold New Era” of Transformers storylines with an equally bold new take on the classic transforming robots with the brand new Transformers #1.

Written by Brian Ruckley (Rogue Trooper), the brand new storyline delves into an untapped history of the ideological divide between Optimus Prime and Megatron, all shown through the eyes of Cybertron’s youngest new Transformer, Rumble.

Opening before the fall of Cybertron, Ruckley relays the rich history of political affiliations and new discoveries. With two stories lines moving congruently, newcomer Rumble takes the cosmic stage his all-very talkative mentor Bumblebee. Rum’ goes in for his first diagnostic before picking his first alternate form; the B storyline is the rising Ascenticons ‘freedom or death’ rallies — told through negotiations between senators and good friends.. Megatron and a pre-upgraded Optimus Prime, Orion Pax. What this first issue lacks in action it makes up for with great drama and world building. 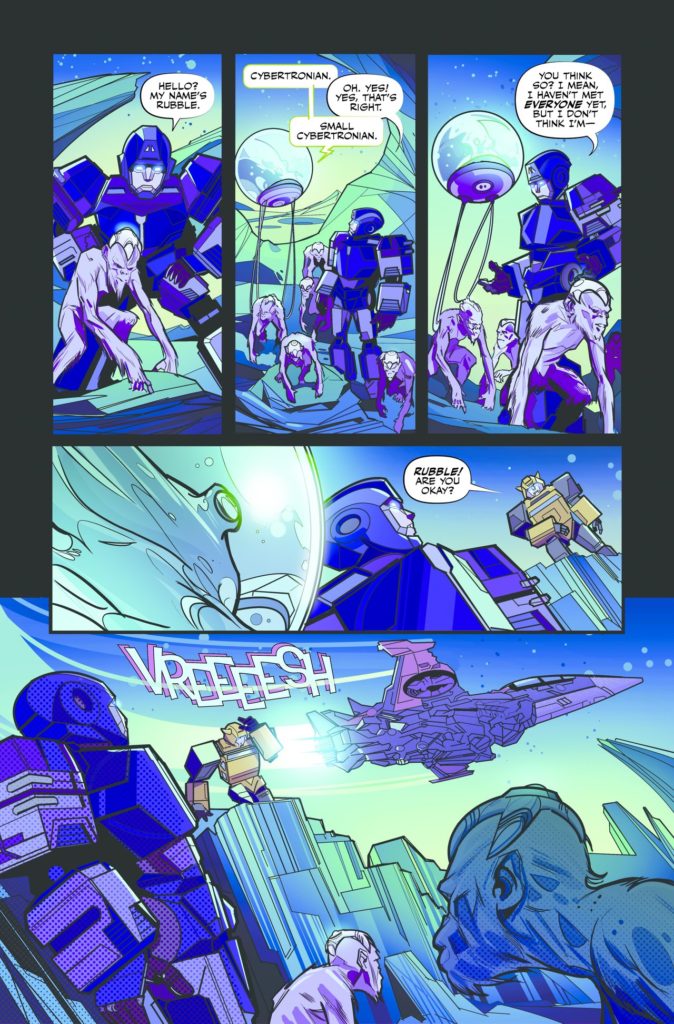 While the script may unearth higher topics than what’s usually found in a Transformer comic, the art keeps everything grounded with beautiful visuals by Angel Hernandez (Star Trek/Green Lantern), newcomer Cachet Whitman and Joana LaFuente (Fence). Opting for a “less is more” take on the Transformers and their world, this trio provide readers a beautiful take on this weird world.

One of my favorite parts in the issue is the introduction to the sleeping titans, or as Rumble calls them — shooting stars. These Sleeping Titans are massive starship Transformers that sleep in the stars above Cybertron, waiting to be reawaken for action. 4.5/5 Back to basic Bibles (and loving it!).