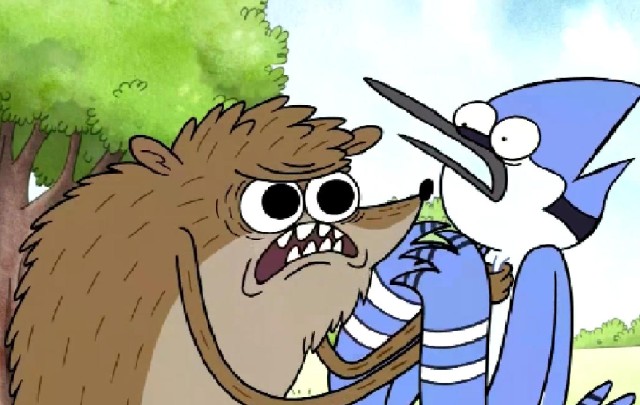 Greetings, congregation! This week’s Stash has a few interesting surprises, from a trip to the lurid streets of 1950’s Los Angeles, to a trip through the Multiversity. Winter’s chill is finally nothing more than a memory, and as spring arrives, so do some of this season’s newest titles! What say we start off with an extended look at one of DC Comics’ more innovative writers? Sound good? Let’s do this!

That declaration doesn’t change my feelings or opinions about Morrison in the slightest. In fact, that air of superiority I mentioned? Yes, that’s part of what makes it brilliant. Listen, Morrison intuits comic books and narration in ways that transcend common understanding or even use. Ultra is full-fledged expression of that understanding. (If you pick this book up and you don’t get it, go find a copy of Scott McCloud’s Understanding Comics, which deftly explains the marriage between words and pictures. Then read Ultra again. If you are really a geek, go find Umberto Eco’s essay on Superman and comic books and how they are unique in storytelling because they demand that characters must be constantly reinvented for the present audience, unlike the tales of ancient heroes like Gilgamesh, Achilles, and Beowulf whose feats have been always rooted in the distant past. Eco is a specialist in semiotics — the study of symbols. [Heavy stuff, I know.] Then, read Ultra again.) Morrison infuses his ideas and understanding of the medium into Ultra’s narration. Then, by breaking the fourth wall and using second person narration, he asks us to give those ideas life. Thus, the book is a conduit between creator and audience and in being that the universe of that book becomes three dimensional. 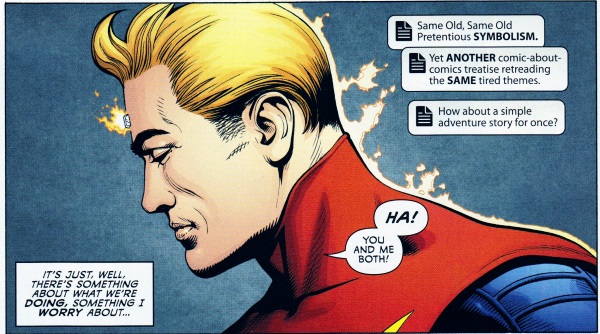 As one of the “Architects” of the New 52, Morrison helped shape the contemporary DC Comics multiverse. His ideas are peppered throughout all of the books of the last five years. I haven’t read all of the Multiversity books — you know, because I hate Morrison. But, I’m going back and reading them because if they are anything like Ultra, they are a guide to not just understanding the New 52, but the whole of DC Comics since the Flash sped onto newsstands in the 1960s. I’ve invested 20-odd years of my life reading DC and Superman in particular. I’ll read anything that helps me make sense of what it is I’ve been reading and why for two-thirds of my life even if it is at that pompous bastard’s hand.

Doug Mahnke’s (Green Lantern, Superman/Wonder Woman) pencils are spot on. But, this is book is definitely an example of how the art highlights the writing and not vice versa. Everything about this book bows down to Morrison, that prick, and his ideas.

Boom! Studio’s HIT: 1957 is an interesting introduction to a lurid world of various anti-heroes, gangsters, and crooked cops operating in the late 1950’s era West Coast cities. I wasn’t familiar with the earlier incarnation, HIT: 1955, so I wasn’t too sure what to expect. Writer Bryce Carlson (Adventure Time) bounces the narrative around the seedy underbelly of several unsavory characters, including Bonnie Brae, a woman with a past that has come back to haunt her (she’s a capable femme fatale, and, refreshingly, is the most compelling and interesting character), and a trio of crooked cops trying to track down a serial killer known as the Hollywood Hacker.

Vanesa R. Del Rey’s (The Empty Man) art is distinctive in it’s clear, defined lines, which work well in making the action clear, and her use of shadow and shading really aides in setting the mood. The whole books reads like a long-lost film noir, and its myriad stories and characters offers a lot in terms of plotline (if one group of characters isn’t interesting, in just a page or two you’ll be introduced to someone much more interesting or charismatic). Refreshingly, the characters aren’t all one-note, either: they’re not all straight-up bastards, or goody-two-shoes either. Complexity in characters? Sign me up!

It’ll be great to see where this story’s going, and whether these characters are going to intersect and throw a few more shades of black into this already dark series. 5/5 Dead Widowers.

Often times, licensed comics just don’t work out. KaBOOM! however, seems to have pretty good luck with the formula, especially in the case of their treatment of Cartoon Network’s Regular Show. The nice thing about this series is that you can read it from the beginning or pick up a random issue and you’ll always have a good time with. The March Madness special issue would be as good a place to start as any.

Mordecai and Rigby are up to their normal ridiculousness in this collection of shorts featuring Mordecai’s cousin, equinox demons and paper airplanes. Need I say more?

The only downside to the Regular Show March Madness edition is that, if you’re not a fan of the show, it may not strike the same chord. In any case it’s a great extension for fans that stays faithful to the property. If you need more Regular Show in your life, give this a shot. 3.75/5 Bibles

In the first issue of Past Aways the general and simple set-up of “incident happens and therefore we must get our Avengers team members together” is certainly appreciated. Each one has their own personality and unique set-up.

I especially like the girl that earnestly tries to die in the city of Angels but gets distracted. There’s a kind of irony mixed with macabre, that I am willing to admit that I may be imprinting myself, into a character that just can’t seem to kill herself due to lack of focus and conviction. The art style by Scott Kolins (Larfleeze, Action Comics) is vivid and colorful and the dialogue by Matt Kindt (The Valiant, Justice League Of America) is serviceable.

What I could not stand were those obnoxious annotations at the bottom of nearly every page explaining what the device, gadget or universe-building thing was and how it functioned. This is an extrapolation on the cover that outlined exactly who these characters were and their personalities. If the story cannot show distinct personalities, which it does but the writers seem to have zero confidence in themselves or the reader, then a rewrite is necessary.

This would have been a 3/5 review had it not been for Mind MGMT, a companion piece to Past Aways which has more belief in its reader. While short but sweet, the story starts off with a writer who is using this book as a backup plan. He hides it away from people – paranoid that they may not understand the truth – and, without spoiling it, the story takes a turn.

With the two stories coupled together, I give the whole package a 4/5.

***BONUS REVIEW a.k.a. We’re Adding this Sonabitch A Day Late***

I believe it was Pat Benatar that said it best, stating “hit me with your best shot/fire away”. And for the first of five issues, writers Peter David (X-Factor) and Robin Furth (Dark Tower: Concordance) were just a millimeter away from a bullseye. The plot jumps the reader directly into the convergence of Mid World and Earth (albeit a few years in the past), right as Roland Deschain meets the first member of his Katet, Eddie Dean. For those who have read the novels from which the story is based, Eddie is a lot younger. This instance makes the scenes of him smuggling drugs aboard a passenger plane slightly awkward, though verges on genius once it is understood that that is how Eddie sees himself. Meta enough for you yet? It certainly messed with the mind of the ol’ Reverend Ford, here.

Anyway, the story moves with intensity as the baddies of both worlds bear down on the soon-to-be brothers at arms. With the brilliant design work of Piotr Kowalski (Clive Barker’s Nightbreed) and a rich color palate courtesy of Nick Filardi (Powers), both Mid-World and our Earth have distinct characteristics that are and will become extremely important as the saga continues.

All in all, the first episode did exactly what it was supposed to: Introduced key characters without too much exposition or backstory, created tension and left the reader with a troublesome cliffhanger that begs for a follow up issue. As many a famous gunslinger has said: “that’s some nice shootin’.” 4/5 Bullets.