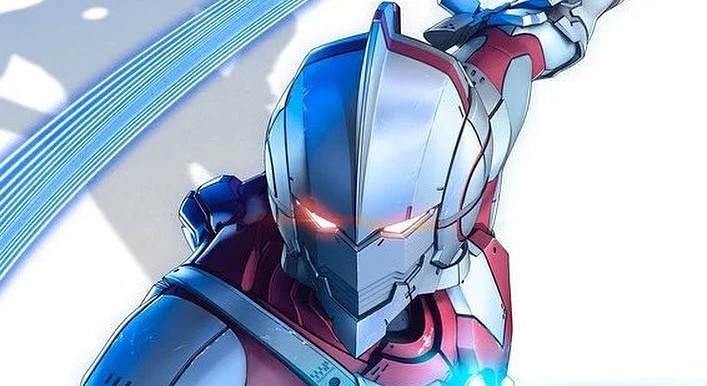 The mega-monster craze of a post-atomic Japan that birthed the likes of Godzilla, Mothra, Rodan, and eventually the Power Rangers, also introduced a human(ish) giant able to combat Kaiju: Ultraman.

Updated for modern sensibilities, Netflix has aired an anime version that is ani-mazing! A distinction must be made, however, that this anime, courtesy of Tsuburaya Productions and Production I.G, is a departure from the traditional hand drawn frames — instead, comprised of some excellent CGI…

This Ultraman is reminiscent of Iron Man: Armored Adventures mixed with the most recent Mortal Kombat. Speaking of which, the fight scenes are insanely entertaining and cohesively choreographed in such a way that would make Son Goku say “Daaaaaamn!”.

Likewise, in true anime form, the sense of motion is on point as is the stylization. What truly stands out on that note is the lighting and attention to detail; a rich environment of aliens among us comes to life in believable fashion.

As far as the story is concerned, the plot lines have enough twists to keep the viewer wanting more while subtly –and on occasion overtly– paying homage to the source material. The social commentary of our ever evolving technocentric lifestyle is also woven in to the dialogue; while it doesn’t drive plot points in an “in-your-face” type of way, it’s definitely noticeable. The hero complex is identifiable and tackled by several POVs, which expands the audience exponentially, in spite of stereotypical expectations.

To summarize this series in one word: ultra-awesome. Here’s hoping for a second season. 4.5/5 Ultra Bibles.