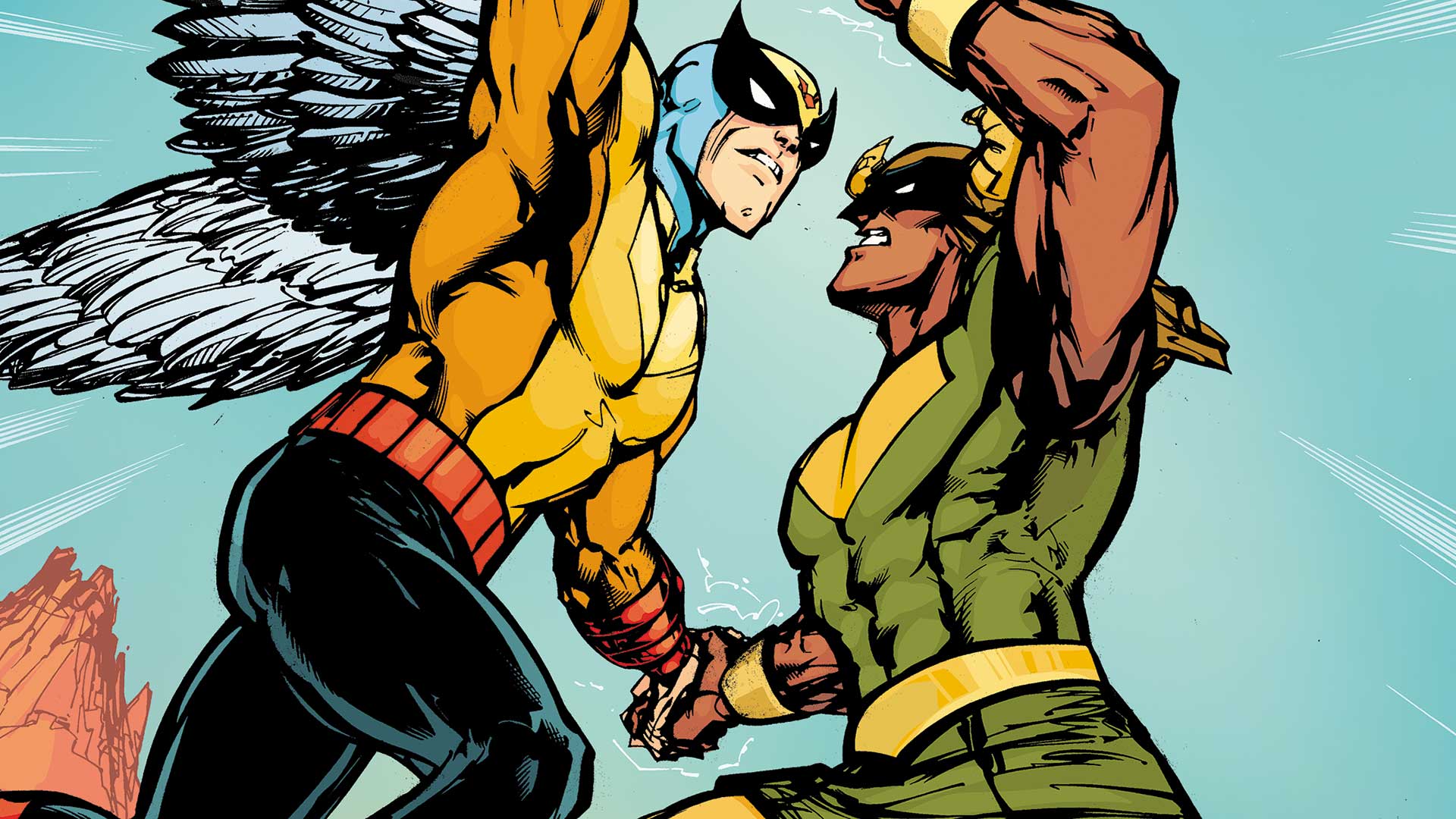 After the success of Space Ghost on CBS, NBC commissioned Alex Toth and Hanna-Barbera to provide them an equivalent series. The result: Birdman & The Galaxy Trio.

An article for The Hollywood Reporter states that Birdman is very likely “inspired by DC Entertainment’s Hawkman in terms of both visuals — both characters sport enormous wings on their back — and origins (Both characters’ origins included Egyptian figures interacting with contemporary figures and giving them superpowers)” ( McMillan, 2015, The Secret Life of the Other Birdman, The Hollywood Reporter). While no official origin is given during the series, several sources state that Alex Toth wrote a backstory for Birdman. Here’s a summation written on the website Comicvine:

“Ray Randall was chosen by the high priest of Ra (Egyptian Sun God) to become an avatar of their deity and become Ra’s champion on Earth. He was to “shine the light of justice” on the world by doing heroic acts. His powers were activated when he shouted his own codename, ‘Birdman’”( 2018, ‘Birdman’, Comicvine).

Birdman’s voice is provided by actor Keith Andes, famous for films like Project X, Tora! Tora! Tora!  and  …And Justice for All. 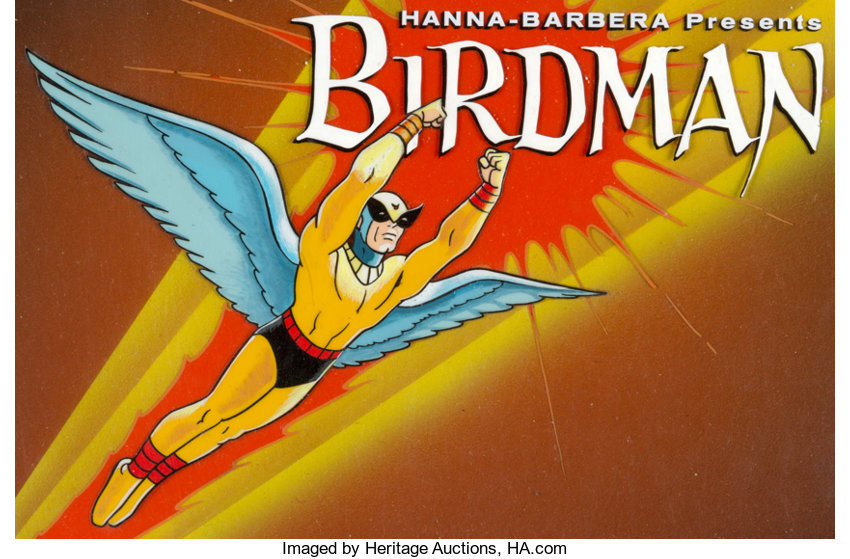 Debut: September 9, 1967 on NBC:  Birdman is a winged crime fighter and the top special operative for a secret organization known as Inter-Nation Security.  Birdman operates out his home base, The Bird Lair, which is built within an inactive volcano. Through a specialized supercomputer, Birdman receives his missions from his boss, Falcon 7. Birdman and his pet eagle, Avenger, routinely fight mad scientists, super-villains and the occasional alien invader. Unlike Space Ghost, Birdman’s adventures were entirely earth-bound.

The formula for Birdman episodes:

NOTE: Birdman frequently screams out his own name as a battle cry (“Biiiiirdman!!!”). It can usually be heard at the beginning of a mission, during battle, and at the end of an adventure in victory.

Most of Birdman’s enemies are one-time menaces.  Here are Birdman’s most known villains:

Middle cartoon: The Galaxy Trio:  The cartoon Birdman shared his billing with is, in my opinion, the best of the Hanna-Barbera interstitial cartoons: The Galaxy Trio.  Like Space Ghost, this segment was set in outer space. Set in the future, this segment followed the adventures of a trio of alien heroes who were law enforcers working for an organization called The Galaxy Patrol. The three went on various missions and protected many alien cultures from numerous villains. The team travelled the space ways on their spaceship and mobile home base, Condor 1. Condor 1 could fly at interstellar speeds and was equipped with a “displacer” called a Lazon Tube (very similar to the transporter on Star Trek). The members of the Galaxy Trio were: 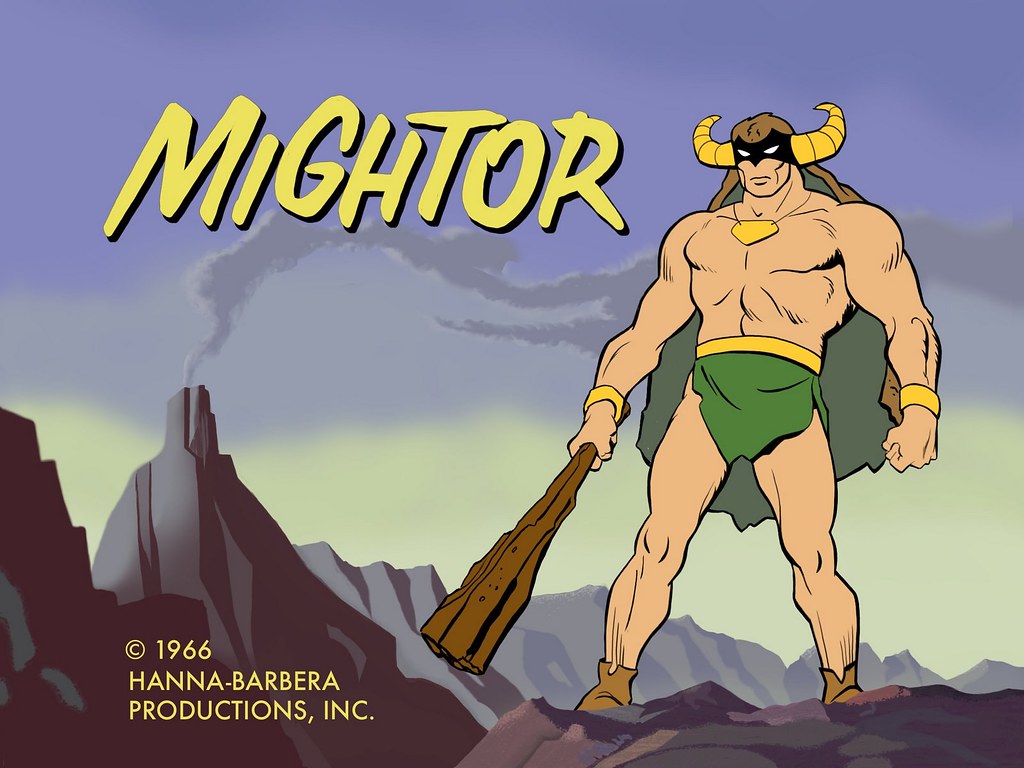 Next on the list for CBS was The Mighty Mightor. No official account of how Mightor was created can be found online. However, the common consensus from many sources is that the character was created out of an attempt at a cartoon starring an established Marvel Comics hero: The Mighty Thor.

According to the Bowman Blog, “In 1967, Hanna Barbera had made an animated series based on Stan Lee and Jack Kirby’s classic creation, The Fantastic Four. As a follow-up, Hanna-Barbera had a series in development based on another popular Marvel character, The Mighty Thor. For some unfathomable reason, Marvel decided instead to go with a deal with the bargain basement animation of production company known as Grantray Lawrence” (Bowman, 2012, ‘He had on a Hat’: Mighty Memories of Mightor).

As Thor was already headlining a segment of The Marvel Superheroes show by Grantray-Lawrence Animation,  Alex Toth created an all new character with Thor as a blueprint.  The first thing changed was the setting. Instead of a Norse Viking background, Toth went even further back in time to a caveman/ prehistoric time period.  Here are a number of Thor- inspired touches were modified for Mightor:

Debut: September 9, 1967 on CBS :  Mightor is actually given the one thing most of the Hanna-Barbera superheroes lacked: an origin story.  This origin was shown weekly as the intro narration to the MIghtor segment:

“While on a hunting trip, Tor and his faithful companion Tog rescue an ancient hermit from a Tyrannosaurus Rex. Grateful, the old man gives Tor a club which possesses great powers. Tor raises the club and he becomes Mightor, and Tog is transferred into a fire-breathing dragon. Together they become champions of good and the nemesis of evil! “

Tor was a teenager who, with his pet dinosaur, Tog, belonged to a tribe known simply as “the Cave People”, ruled by the wise Chief Pondo. As Mightor, Tor battled the seemingly endless enemies of the Cave People.  Here’s a typical Mightor episode:

NOTE: The Mightor/Tog transformation is very similar to one performed by He-Man and Battlecat in He-Man And The Masters Of The Universe.  This change grants Tor some amazing powers:

Middle cartoon: Moby Dick:  Named after Herman Melville’s 1851 novel, this version of Moby Dick is a friendly whale who routinely saves two boys named Tom and Tub and a seal named Scooby from the dangers of the high seas. That’s about it. It’s a very boring segment.

Mightor also returned on Harvey Birdman as Judge Hiram Mightor and he presided over many of the cases.

Next Time:  The Herculoids and Shazzan!!!