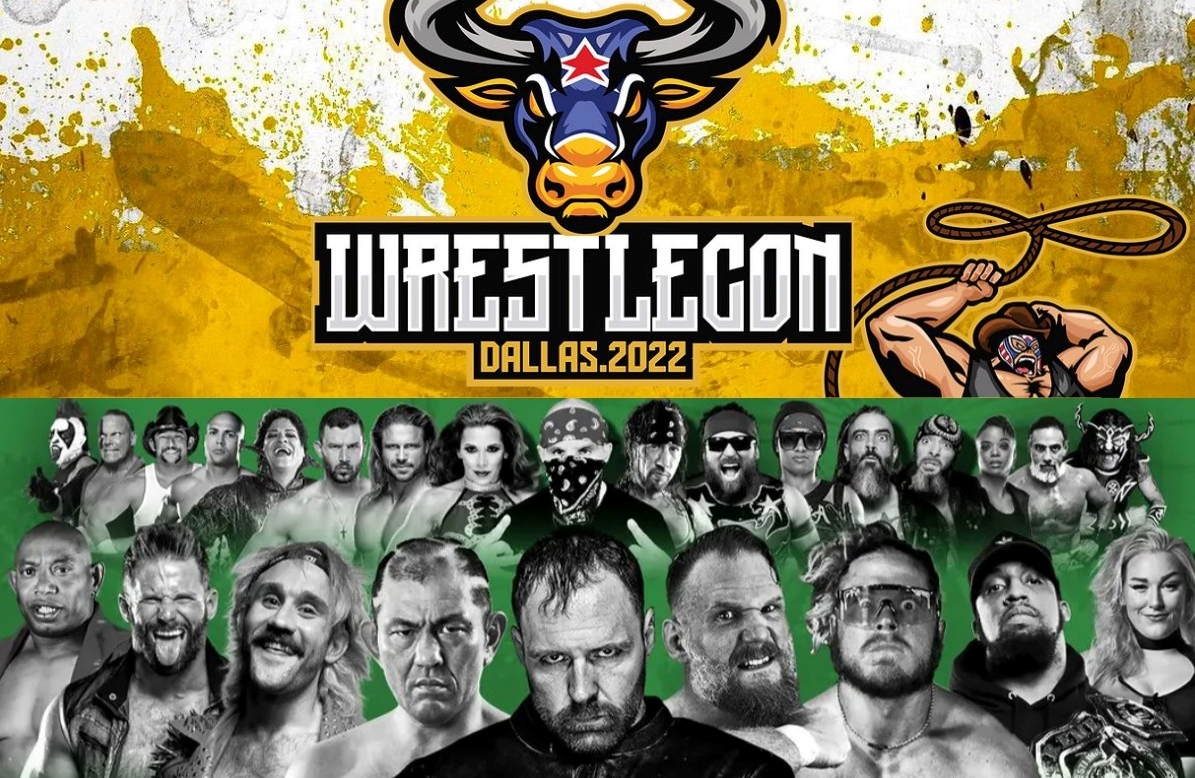 Here are the Top 3 WrestleMania Weekend Shows from Thursday, ranked in order! 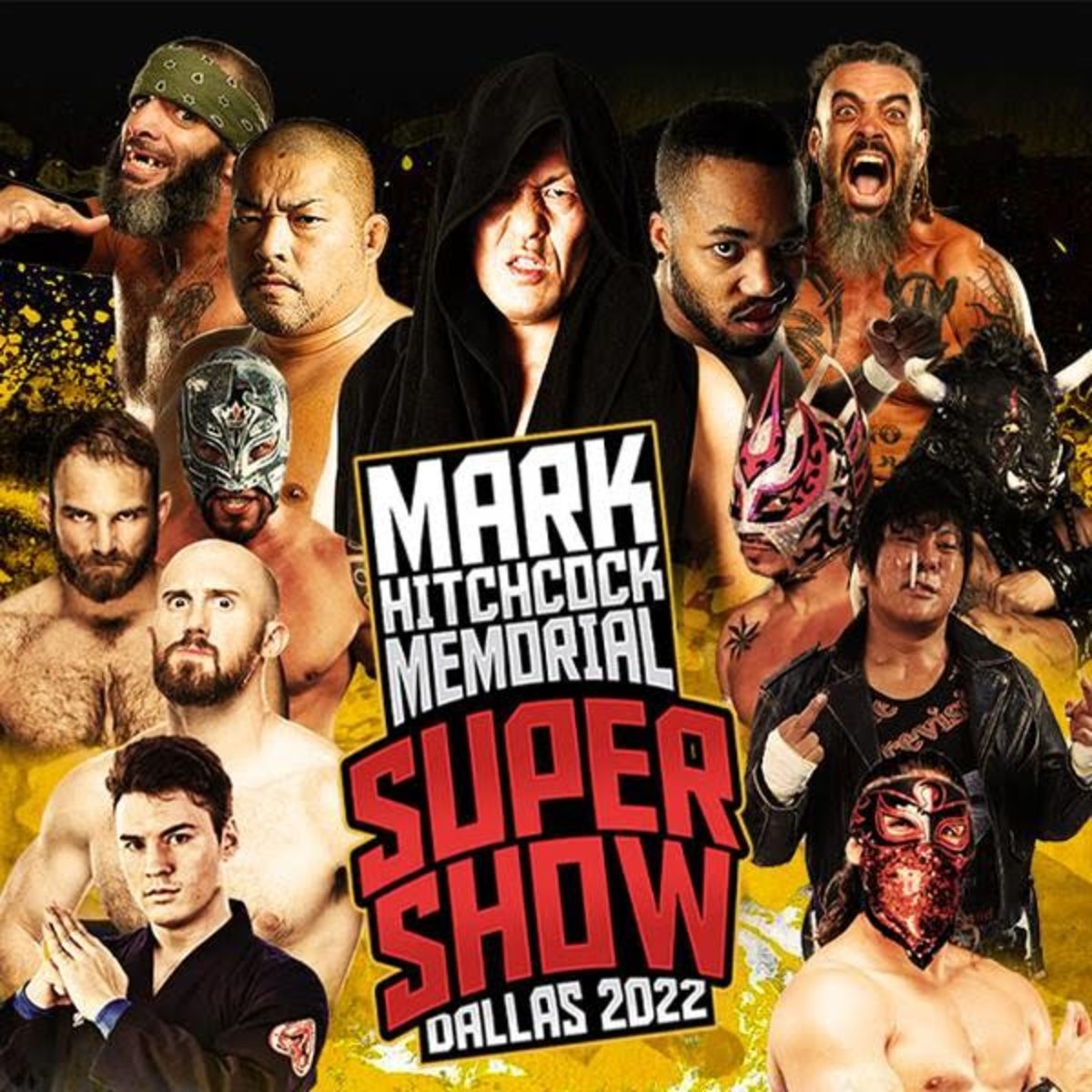 –Surprises. The show formerly known as the WrestleCon Super Show had all the hilarious shock value we were accustomed to from previous Spring Break‘s. Either High Spots is stealing GCW’s past Mania Weekend shine, or GCW is opting to keep the focus on their own roster. Regardless, this show was an absolute blast this year. I mean.. it had BARRY FUCKING HOROWITZ. And, if that wasn’t enough, the legendary WWF jobber teamed up with PCO, Dirty Dango (Faaaaaaannnnnndaaaaannnnngooooo), ENZO (yes, that guy) and Jimmy Wang Yang.. lmao. And their opponents were Juice Robinson, Colt Cabana, the Rock ‘n Roll Express and legendary FMW death match dude Onita! It was as glorious as a bad match could ever be.

–Dirty Dishes Match: Johnny WrestleCon vs. Taya Valkarie. O-M-G. Chalk this one up as a “WrestleMania Weekend” classic! This rare Husband vs. Wife match saw everything but the.. NEVERMIND: hell, it had the kitchen sink! Just crazy. Wild. And beyond the realm of imagination. “Johnny Dishes” might’ve had to change his moniker to Johnny Therapy or Johnny Divorce (or Johnny Doghouse, as the crowd chanted earlier), if not for his sweet somewhat-apology to his lovely lady post beatdown. how can any wrestling fan not fuckin’ adore this? – 10/5 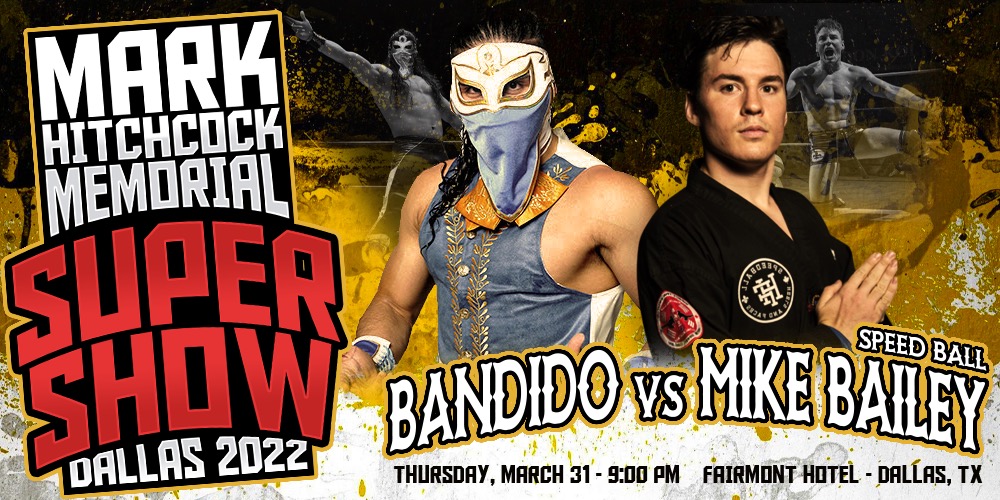 –WrestleCon didn’t go Gaga over Strong Style. Maybe because many of the same fans went to Bloodsport earlier in the day, or maybe the fans at the Memorial were just a different breed than that of the GCW faithful (likelier!), but the stiff, more methodical worked “strong style” matches featuring New Japan stars Tomohiro Ishii (vs. Timothy Thatcher, solid as solid is!) and Minoru Suzuki (vs. Biff Busick, which felt like the longest squash match ever but still good) weren’t as hot as the other high-spots or high-antics matches on the card.

–Rottweilers hold WrestleCon hostage. Um.. Low Ki almost fought some nerd mark in the crowd (shocked?), and his infamous 1-8-7 tag partner, Homicide, got in on the action with some extreme sexual verbiage. The jaw-jacking went on for a little bit and stalled the beginning of their otherwise decent main event match against the newly crowned GCW Tag Team champs, the Briscoes. – 3/5

–Nothing else. If you love professional wrestling, do yourself a favor and seek out WrestleCon’s Mark Hitchcock Memorial SuperShow (which you can order here)! Minus the finish and somewhat of an up-and-down crowd, it was a pretty wonderful show. 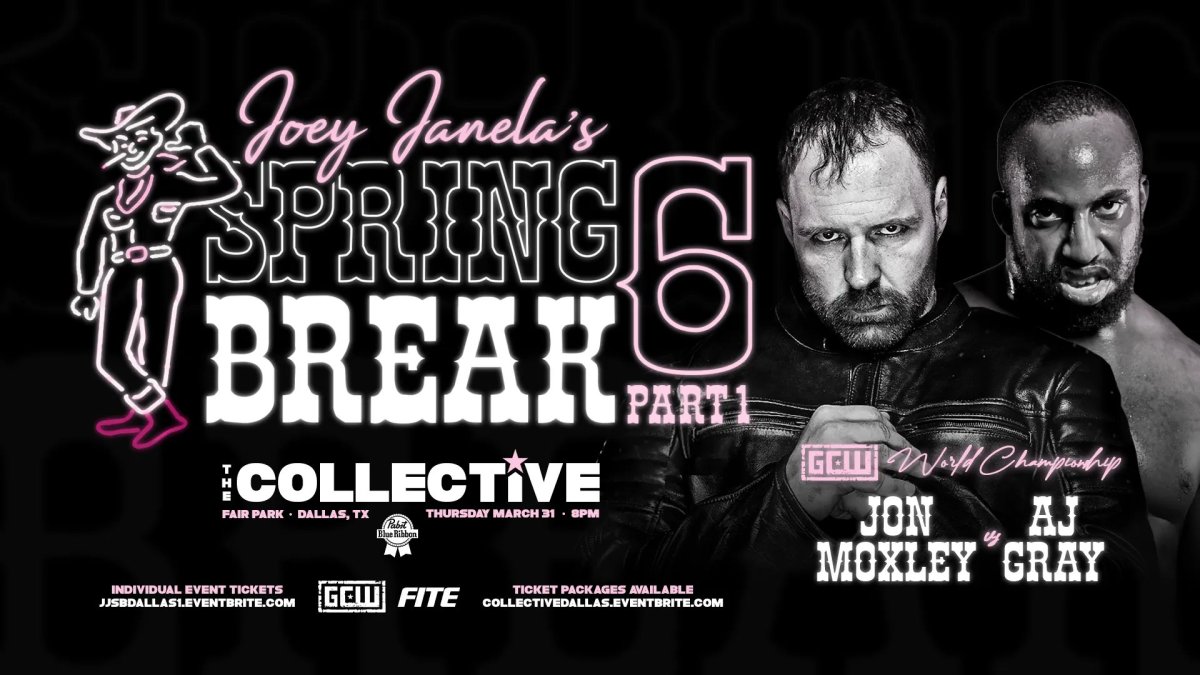 –GCW World Championship: Jon Moxley vs. AJ Gray – Mox is having himself a weekend. I’ll be the first to admit I hardly know a thing about AJ Gray, but I like this guy. He’s talented. He sold (or just felt?) a ton of barbed wire punishment, took an incredible tope con helo into the crowd on Mox, and, overall, “Black Death” just made for a legit contender for Mox’s strap. This one started off with solid in-ring wrestling that developed into something scarier, but it was just my type of “extreme rules” where the gimmicks become secondary (even with Mox’s incredible cutter onto a barbed wire-wrapped light tube!). Fun match. – 3.75/5

–The return of X-Pac. Sean Waltman looked in great shape for his age, had a very solid outing against the yearly host Joey Janela (in addition to his greatest hits, Pac hit a Canadian Destroyer and some other high spots to the outside), and cut a heartfelt promo to the fans and brand of GCW following the match. Good story for the late Scott Hall’s bestie, as the former nWo Syxx claims he will return!

–GCW Tag Team Championship: The Briscoes vs. Nick Gage & SLADE vs. The Second Gear Crew – Super fun opener that helped make up for the rushed/awkward finish to January’s Tag Title match at THE WRLD show between Dem Briscoes and Gage/Matt Trement (who was replaced by SLADE this weekend). Lots of big moves, crazy spots, tornado trios tag style. I loved the blend of hardcore tag team and indie pro wrestling here, rather than the usual 80 weapons in the ring stuff we’re accustomed to. Even with Mance Warner teaming up with “Seth Fauxlins” (Matthew Justice), this was the perfect way to kick-off JJ’s sixth Spring Break. – 3.75/5 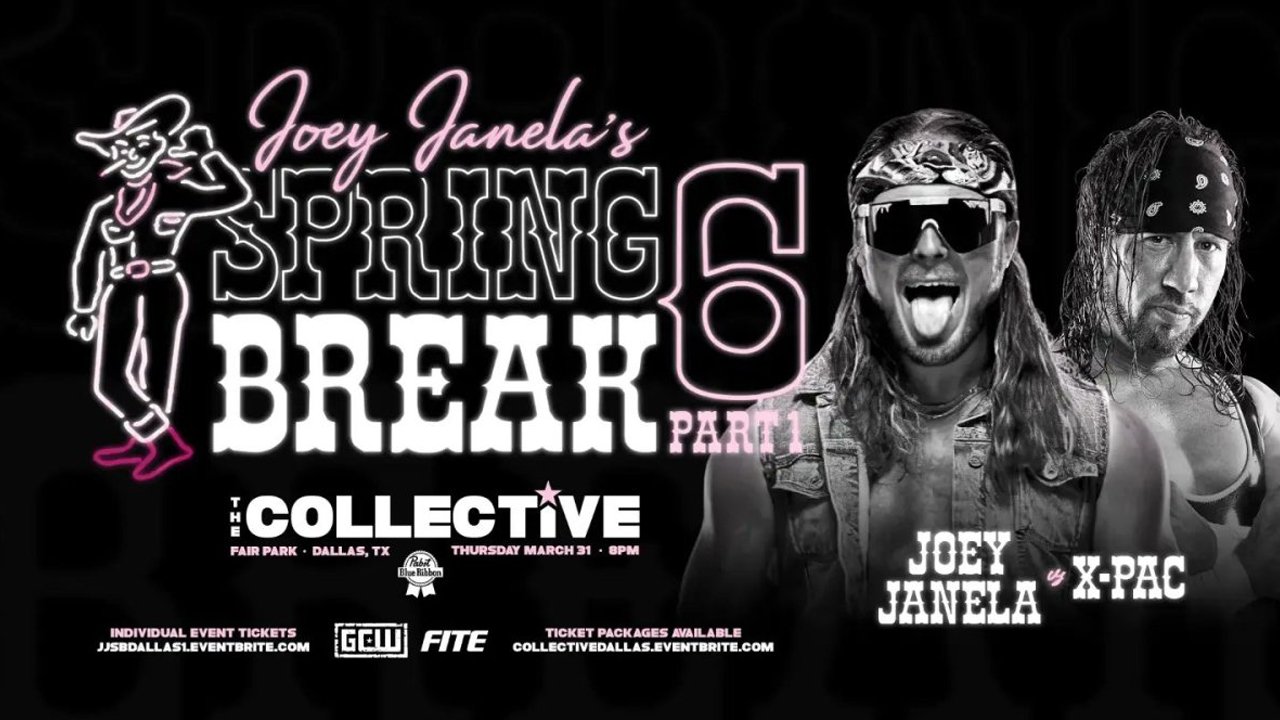 –GCW Ultraviolent Championship: John Wayne Murdoch vs. Alex Colon – This just isn’t for me. This is the type of stuff that keeps me from being a GCW mark in the first place. And that’s okay. I’m not exactly their audience. I love hardcore stuff, but maybe not the “ultraviolent” stuff– especially if I can’t get into the characters. At least with FMW/ECW, etc. I bought into the wrestlers involved. I’m glad people love this niche, but I’m not exactly sure how much they loved it following that flat finish. They weren’t a fan of the decision either, as we got a new champ. Eh. – 2/5

–Lack of usual humor/match variety. While GCW (Gee-See-Dub! Gee-See-Dub!) is chiefly known for its barbed wire, light tubes and hardcore loyalists, the brand has certainly diversified its pro wrestling content in the couple of years. Unfortunately, Spring Break 6 felt more like your usual GCW show than the signature hilarious and unpredictable Spring Break‘s of Mania Weekend Past. Although the show was super easy to watch (at least up until the end), I don’t remember any real “WOW LOL” moments. Damn, COVID is weighing on us all.. isn’t it? 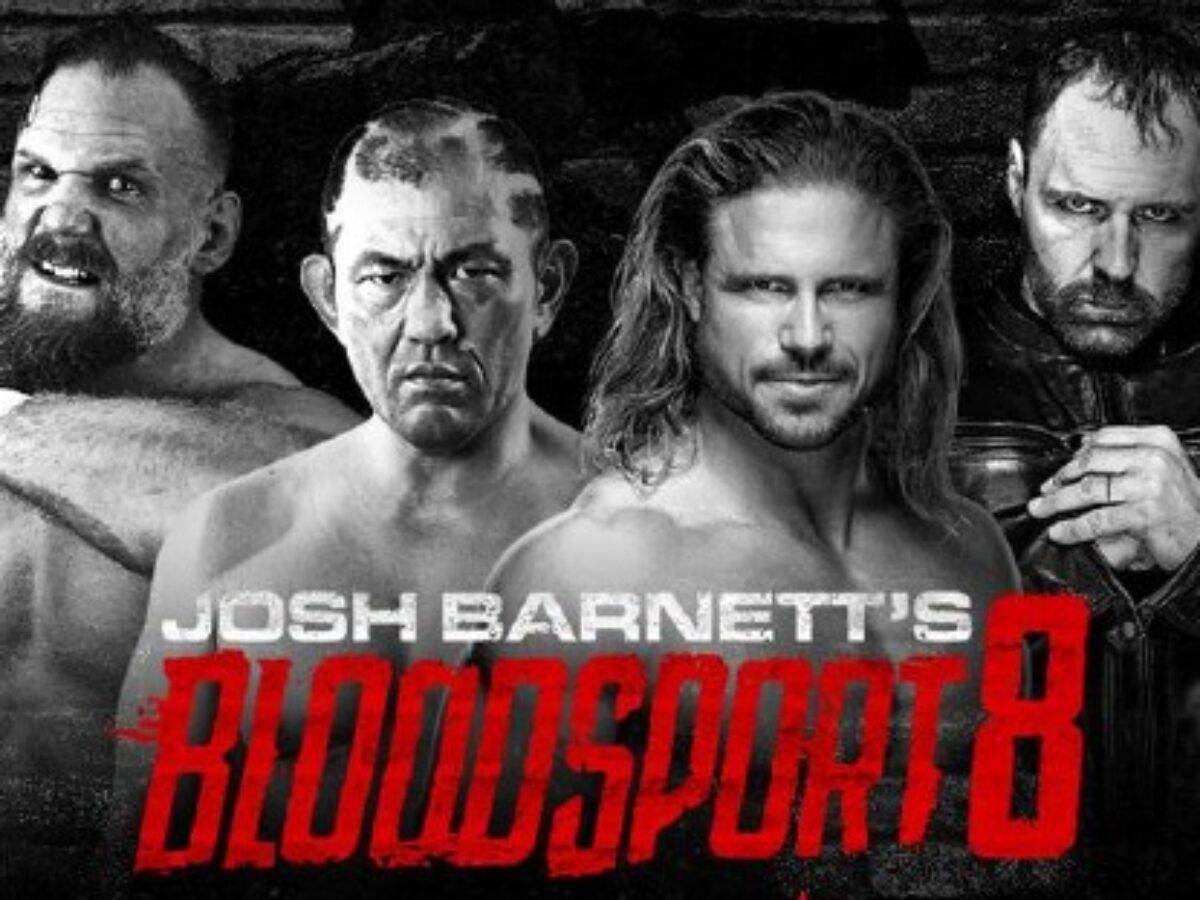 –Jon Moxley vs. Biff Busick was yet another damn “IndieMania” classic for The Artist Formerly Known As Dean Ambrose. This guy is relishing in all his AEW glory and the flexibility his boss TK allows, edging himself in Game Changer Wrestling history. For someone who’s such a big star — arguably the 2nd biggest star in the 2nd biggest wrestling promotion on the planet — Mox gives NO FUCKS. Here he is, in another Bloodsport bloodbath with Boston’s Biff Busick a.k.a. Oney Lorcan. That dude brought it, too, and the crowd appreciated every second, especially Mox’s callbacks to his new faction boss William Regal and Busick doing his best Blackpool Combat Club audition with bulldog chokes, hard face slaps and killer American Dragon stomps. Fucking loved this. – 4.5/5

–The crowd in Dallas. They were tremendous for Bloodsport 8, which has basically become the event to unofficially kick off Mania Weekend every year.

–Chris Dickenson vs. Minoru Suzuki – Maybe an upset here, but we all know that the New Japan legend has no problem putting a guy over whenever he can. Minoru won his last 2 against the Dirty Daddy, so with Mox, Barnett & Johnny Bloodsport winning, I like the call here. Not a great main event, which started off a little slow, but def an entertaining one once the crowd booed Chris Dick’s spinning low kick to the upper groin, and the two beasts exchanged smacks ’til kingdom come. – 3.5/5

–Too many matches. I get what Josh is doing with Bloodsport, sorta branching out, extending and diversifying the brand with hopes of maybe making it something than the bi/tri-annual event it is. I enjoying seeing competitors from all walks of life take part in this Pancrase-styled of pro wrestling, but I really loved Bloodsport when it was a mere 7-8 big time match-ups hovering around 2-hours rather than 11. That said, the crowd hung in there for the majority of the extended show.

–Royce Isaacs vs. Bad Dude Tito & Masha Slamovich vs. Janai Kai – We’ve seen some meh matches in Bloodsport before, yet thankfully nothing on the card was as bad as, say, Dominic Garrini vs. KTB (insert cry-laughing emojis). Again, I could’ve just done with less filler. Also, Masha is billed from Russia and got a wonderful ovation from the crowd. Texas, don’t change.