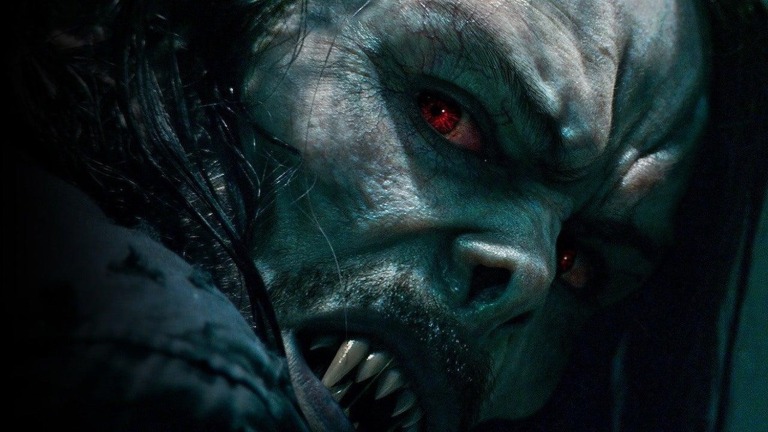 As the MCU continues dealing with the fallout of a broken multiverse thanks to Loki and Peter Parker, Sony’s Spider-lessverse continues to limp along. Following October’s hilarious Venom: Let There Be Carnage comes the yawn-fest known as Morbius…

For those unfamiliar, Jared Leto (Suicide Squad, House of Gucci) plays Michael Morbius, a doctor with a rare blood disorder who turns himself into a vampire while trying to cure himself and his best friend/surrogate brother Milo (Matt Smith, Doctor Who). People die and some cops (Tyrese Gibson and Al Madrigal) try to track down Morbius, who is running around the city in a hoodie looking like a Great Value CM Punk.

Fights ensue and we wind up with some mid- and post-credit scenes (that don’t actually make any sense if you think about them for any length of time) trying to shoehorn themselves into the MCU’s multiversal shenanigans and set up what’s probably going to be the Sinister Six.

I really wanted to like this film. I like Leto in general – Requiem for a Dream is one of my favorite films and I’m a 30 Seconds to Mars fan – but his performance here falls mostly flat. There’s a scene towards the beginning where he’s cracking jokes with a young patient named Anna, but it’s just slow and dry. We’re supposed to believe that Morbius and Martine Bancroft (Adria Arjona, Good Omens) are in love, but there’s zero chemistry between the two. Not for Arjona’s lack of trying, though – she does the heavy lifting in most of their scenes together and was probably the standout performance in the movie.

Whereas Leto was mostly dull, Smith was basically Eleven as a vampire. Once Milo took the cure and was able to walk without a cane, everything sped up, including his speech. Frankly, I was half-expecting him to say something like “Bloodsuckers are cool” just to drive home how Doctor-like his performance was. And it didn’t really fit the dark tone of the film.

There’s a scene where Morbius scares a criminal and says he’s Venom as joke. All I could think was how much I’d rather be watching Venom. I know Morbius isn’t technically a real vampire, but I’d raise my rating by a half-point if Blade had been in one the credits scenes – it’d only make slightly less sense than what they actually were. 1.5/ Whiskeys.