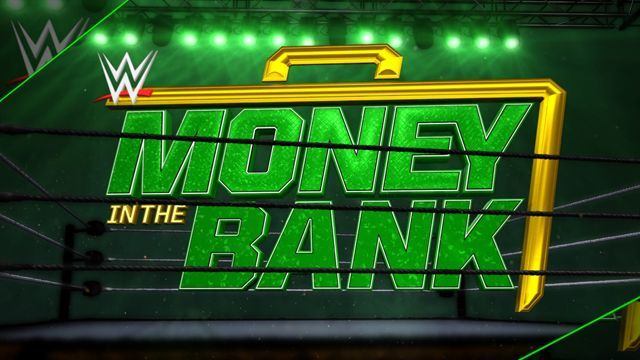 Even with the recent formation of The Golden Elite, you know I’m Bullet Club 4 Life, man. Through thick (as The Club with AJ, tease 6-man’s with Finn) and thin (half-ass feuds, corny WWE scripted promos — NERD!), I’ve always been backers of the B.C. O.G.’s, Anderson & Gallows. The WWE could have done a far better job with the former New Japan tag team, and a convincing win over the most pushed tag team on the SD brand in Harper & Rowan could be just the rub these two Good Brothers so desperately need. PREDICTION: It’s a pre-show match, but it’s also early and in front of a hot crowd in Chicago, so this could easily wind up one of the better matches of the night. It’s not a difficult task. For sure it will be hard-hitting and Chi is also Bullet Club Country, so there’s that. Raise up the two-sweets for your new SD TT champs!

After a month of truly cringeworthy moments we finally get to see what it has all has been leading up to. The go home Raw saw Sami challenging Lashley to a military style obstacle course just to have Sami jump him midway through. This feud certainly has the feel of Sami being the new Dolph Ziggler (i.e- the guy that puts the new guy over). PREDICTION: I would be shocked if anything but a Lashley win happens. Hopefully Sami gets to do some of his patented moves and it’s not just a quick squash but I expect this to be the least talked about match of the show.

Sweet TNA jeebus. How bad do things need to get between keeping Jinder relevant in the eyes of WWE other than pushing him hard for the keepsake of pleasing the India/Saudi market? He’s a great athlete but without a push in the right direction it’s a fluff. I mean it’s bad if they’re pushing him in a story arch with Roman “my kingdom has fallen a few years back” Reigns. It’s hard to witness these two guys that are struggling to be put in a “I hope I can go over again with the crowd handicap match”. Force feeding the crowd works sometimes but in this case it’s just regurgitating and that sucks for the crowd, quality of product, and the performers. PREDICTION: I’d rather watch a regular tv show than their match at MITB. No bible score, no hype, just sadness…

We learned a while back that someone was ready for Asuka when Charlotte finally ended the streak dating back to NXT before Carmella cashed in to become the Smackdown Live Women’s champion. Since then, “Money” ‘Mella has been taunting Asuka, claiming that since she’s beaten Charlotte twice, it makes her two times better than Asuka. PREDICTION: Carmella is a fun heel and she definitely needs the title to elevate her, but she’s nowhere close to Asuka’s level. She needs a decently long reign to help her, but her beating Asuka clean requires suspension of belief that not even Vince has. With the news that Ellsworth will be back at MITB, I’m predicting his interference will lead to ‘Mella leaving with the Blueberry Cobbler Championship, but not necessarily the win.

Big Cass and the B Plus Player. I know I’m in the minority when I say how much I dislike Daniel Bryan so I won’t. Everyone seems to hate Cass. I think Cass is great and deserves a push. But he needs to win. Bryan, on the other hand, doesn’t need a win to get over. He could job out for the next year and if he got a Universal Title match against Strowman and Lesnar the next day, the marks would expect him to win. That’s just the facts of it. This has actually been a decent feud in my opinion. Most would disagree, because they want Bryan to squash everyone… Stupid Smarks. PREDICTION: The smarks will go home happy right? It’s the classic David and Goliath story. Plus D Bry’s comeback tour. He HAS TO win. Right? WRONG!! Big Cass is gonna send the smarks home in tears and put the B-Plus Player in his place. I can’t wait.

This has to be the most underwhelming angle in recent WWE history. With Ronda’s debut at the Royal Rumble she was the hottest talent in WWE bar none and was the talk of Mania after her impressive debut but since then she has cut many horrendous promos and has also fell short on commentary. On the other hand Nia Jax in the last month has been portrayed as caring, the bullied victim and also a awkward heel so who knows what we have in store for this Sunday. I feel like Pitting 2 green women 1 on 1 for the belt could be an absolute disaster. I hope I’m wrong but I doubt it!!! PREDICTION: Rousey has to get the belt here. If she falls short this soon she would lose her luster as the female Brock.

Ummm… were do I start. Let’s see, the IC title has been a championship that holds great Honor and Prestige in the wrestling business. Seth Rollins has catapulted to the top once again as being one of the best in business right now…if not the best. The last few weeks of tom foolery has been fun to watch but this match should make the List of Greats! Elias is everyone’s favorite heel and he is on a roll right now as well. He might might be able to get the strap from Rollins at this PPV but it’s going to take a lot of energy and ruthless aggression to win. PREDICTION: If this match is done right the outcome will be Rollins winning but it won’t been as EZ as a curb stomp. It will take a some corner assult and outside destruction a plenty. But I would not be at all surprised if The HEEL wins and the FACE Flips Back. Wouldn’t it be great for ELIAS to walk into Monday Night as your New Intercontinental Champion..then we would have no reason not to walk with ELIAS. But that most likely won’t happen…. But, anything can happen soo..you never know…Where’s Ambrose?

First things first: THERE ARE TOO MANY PEOPLE IN THIS DAMN MATCH!!! Now that I’ve gotten that out of the way, I want to express my disappointment in the lack of Mickie James and Bayley in it. The biggest purpose of the Money in the Bank briefcase is to build up a Superstar that needs it. Most of the time, Mickie James gets lost in the shuffle. Yes, as the veteran, she should be putting over younger talent, but we shouldn’t be forgetting that she’s even part of the division. Bayley needs the briefcase because her character has been so destroyed on the main roster that something needs to be done to help salvage it (not turning her heel) and the drunk, lethargic turtle of a burn of her feud with Sasha isn’t it.

Charlotte and Blissy don’t need the briefcase as they’ve both won both titles and are two of the most over women on the main roster. Naomi could use it, but there’s other people that need it more. More than anything, I want to hear JoJo say the words “Mrs. Money in the Bank, Sasha Banks!” every week, but we all know that ain’t happening. Ember Moon, being the new kid on the block, seems to be the obvious choice for an award designed to make future stars, but nope. PREDICTion: Logically, the Soulless Sempai should be the winner as Becky has been treading stagnant water ever since she lost the title. As she mentioned on the SmackDown Live go-home show, she was the first woman drafted to SmackDown and the first ever SmackDown Women’s Champion. And she deserved it! Now, though, she’s been reduced to being Charlotte’s tea sipping sidekick and (before he was drafted to RAW) Sami Zayn’s naïve protégé. She doesn’t have a personality of her own anymore aside from being a very nice girl who wears steampunk goggles. She desperately needs something to lift her back up and the MITB briefcase should absolutely be it — which is why it’s going to be Lana Dayyyy.

Money In The Bank. This one isn’t as hard to predict as one might think. First off, Brock is never around so it wouldn’t make any sense to give the briefcase to anyone from RAW. So count Joe, Strowman, Owens and Roode out of this one. Although a Joe win and cash in would be incredible, don’t hold your breath for it. That leaves us The Miz, Rusev, Finn and probably Big E. Please be Big E. He deserves it. He won’t win, but still. It will be fun to see and should lead to a nice singles run for E. It’s overdue. Finn is a vanilla leprechaun who should never sniff a world title again until he can get some of Super Cena’s ruthless aggression and stop trying to be the smiley, pretty boy, rainbow warrior he currently is. I can’t get the image of him dancing around in reindeer antlers out of my head.

Uggh. … That leaves us with two possible winners. Rusev is on a role and has the fans behind him like nobody else. He’s even found a way to get Aiden English over. Bravo Rusev. Bravo. If Destiny is right and MITB is on Lana Day, can it be Rusev Day too?? I don’t think so. The Bulgarian Brute is poised to make a face turn in the very near future and I don’t see that briefcase being a part of those plans. Then there’s the Miz. PREDICTION: The Miz is the perfect candidate to win the briefcase. He’s one of the best on the mic and knows how to get over as a heel. He could win the briefcase and cash it in at the end of the night on the winner of the last man standing match and make good on his promise to make SmackDown Live the A Show, or he could hold onto it for a little while and wait for the perfect time to cash it in, all the while blessing us with awesome promos week after week on the new A Show. Either way it will be AWE-SOME!!!!

After watching NXT TakeOver last night — and some of their old pals back in Japan last week at Dominion — you’d have to think that both Shinsuke and Styles would be more determined to lay out a match that just has to be good. Hell, everyone is hoping for it to be great. Seeing how two of best talents to ever lace their boots in any ring haven’t had the barnburner in the WWE we’re all dying for is.. telling. Thankfully, a lot of the fluke finishes appear to be out of the way; and Last Man Standing matches have historically been good to great. Fingers crossed, marks. PREDICTION: Although AJ appears to have the better slate of those gunning for the title, I’d like to see Shinsuke pull this one off and begin a feud with a babyface-turned Samoa Joe. Styles can help out RAW, which so desperately needs him, and this victory can set up a longterm program between Nakamura and Daniel Bryan. Haha, I wish.