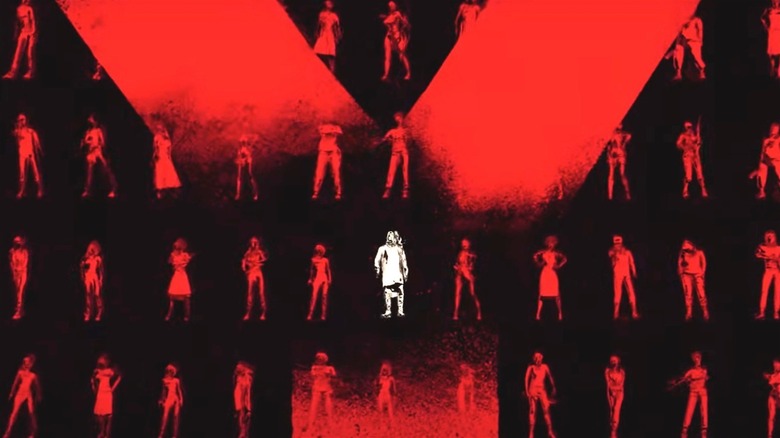 After a decade of development hell, FX and Hulu finally present Y: The Last Man, based on the comic of the same name by Brian K. Vaughan (Saga) and Pia Guerra, both of whom serve as executive producers on the show.

YTLM’s setting is in a post-apocalyptic world in which all the mammals on earth with the Y-chromosome spontaneously died. Except one: Yorick Brown, played by Ben Schnetzer (Warcraft) and his capuchin monkey, Ampersand. And while that population is mostly cisgender men (hence “The Last Man”), the comic briefly mentioned trans men were not affected.

Showrunner Eliza Clark (Rubicon) makes this even more explicit by introducing Sam Jordan (Elliot Fletcher, Shameless), a trans masculine character who doesn’t have a counterpart in the comic. She has also stated in interviews that many non-binary and intersex people died in the event alongside trans women and cis men, and that what specifically sets Yorick apart is his Y-chromosome. To further clarify this, Yorick’s mother (Diane Lane), a US Congresswoman who became the President because it’s believed that everyone ahead of her in the line of succession has died, says before his discovery “We’ve found plenty of men; just none with a Y-chromosome.”

While the show centers around Yorick, a professional slacker who proposes to his girlfriend despite not being able to afford cheese, we are shown how other people are navigating the world, post-event. Agent 355 (Ashley Romans, Hermione Granger and the Quarter-Life Crisis) is a spy who becomes Yorick’s bodyguard and her life is made harder by Yorick constantly doing stupid things like running off into police-only area because he thinks he saw his girlfriend.

Yorick’s EMT sister, Hero (Olivia Thirlby, Dredd), and her friend Sam are attempting to reach Yorick and Hero’s mother in DC. Kimberly (Amber Tamblyn, Joan of Arcadia) is the conservative daughter of the deceased president and is trying to stage a coup. There’s a lot of moving parts that intertwine, which makes it a very good thing that it ended up as a show rather than the film it was originally going to wind up as.

The show sheds a light on a lot of issues plaguing the actual world. The reason everything goes to crap in such a short time is that things like supply chains are male-dominated industries and without there being many women in the field, the world goes to a complete standstill. It can be a rough watch at times, but hey, so is real life. Not to mention Yorick is pretty much the absolute worst person to be the last man standing – he has no skills, can’t be bothered to follow directions and has the attention span of a fruit fly. I’m sure he’ll grow as the series goes on, but damn does he suck.

Also truthfully, aside from being a trained medical professional, Hero is only marginally more sympathetic than her brother. She’s incredibly selfish and I kinda wanted to punch both Brown siblings in the nose while watching. Which says that Schnetzer and Thirlby are both incredibly good at their jobs. The entire cast is. 3.5/5 Y: The Last Whiskeys.