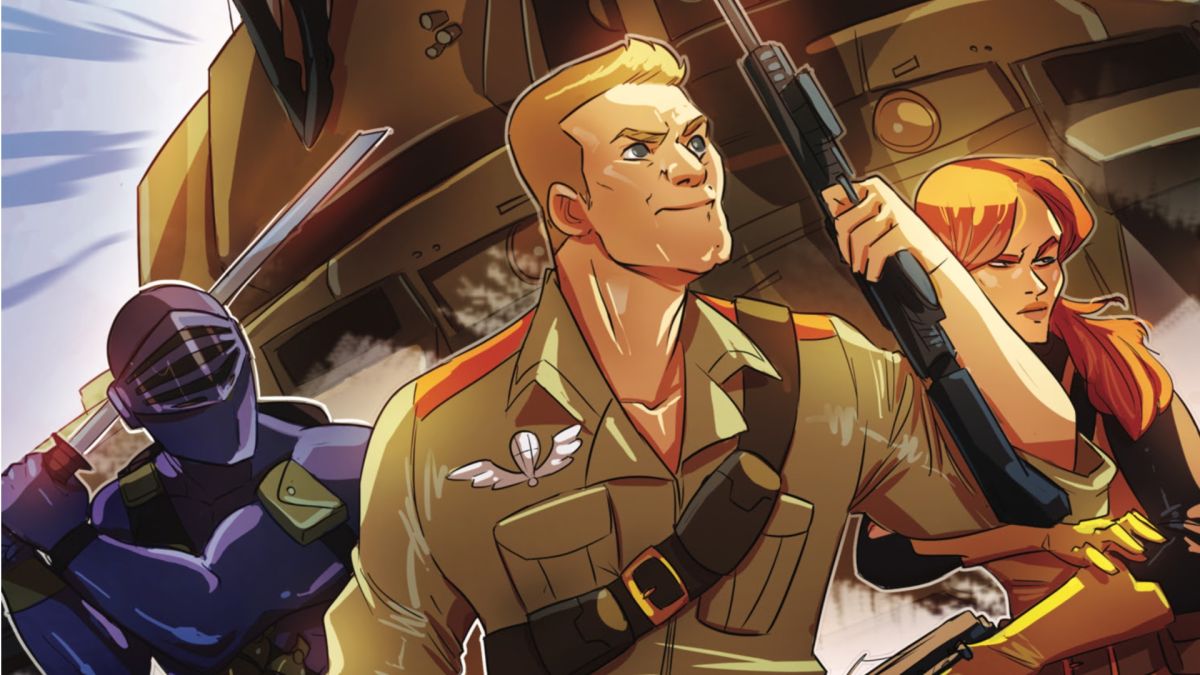 Breaking news from The GHG Pit: We might just have the next G.I. Joe Hasbro HasLab leak, with only one week left before Hasbro Pulse’s 40th Anniversary celebration of A Real American Hero… 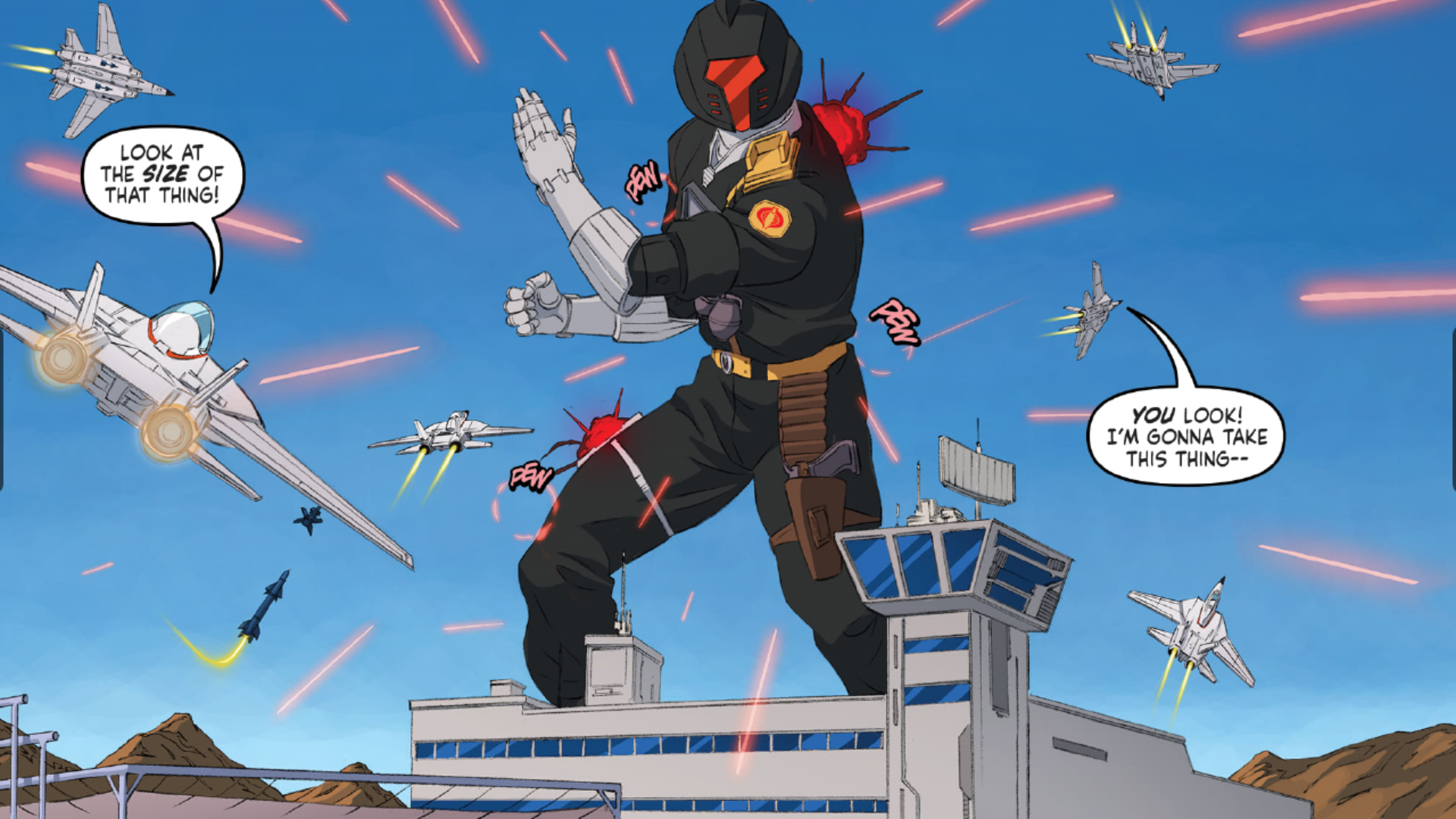 Oh, tell me you wouldn’t want this. There are already near foot-tall B.A.T.s from Super7, as well as a forthcoming 7″ Super7 Ultimates and the current craze of the 6″ Hasbro version. But an adult-sized Cobra Battle Android Trooper? At this point, it may as well come mobile app-operated with the ability to fold laundry and prepare us a decent cup of coffee (beat that, Rancor!). Toyfoolery aside, Erik Burnham, scribe of other IDW staples such as Teenage Mutant Ninja Turtles and Transformers: Beast Wars, takes us Joe-nuts on a wild, all-too-accurately-designed A Real American Hero animated ride.

You’re not a real fan of the brand if you don’t enjoy this comic.

But, Corporal, there are no lie-mines detected: I was a tad bit nervous when Aladdin’s genie appears in the early pages, ready to grant our beloved Cobra Commander his last dying wish. OK–so infinite wishes, but with serious restrictions, and Mr. CoCo is fine, I promise; he survived the Omicron, unlike Ultra Magnus (who was forced to stay in self-isolation for 10 days until the other Autobots could find enough giant-sized cough drops to calm down that itchy throat thingy). Then I had to remind myself that IDW’s Saturday Morning Adventures mini-series is an in-canon continuation of the Sunbow cartoon that is still ever so enjoyable 40-years after the fact, despite the immense camp vibes that Resolute and Renegades all but erased from military memory. 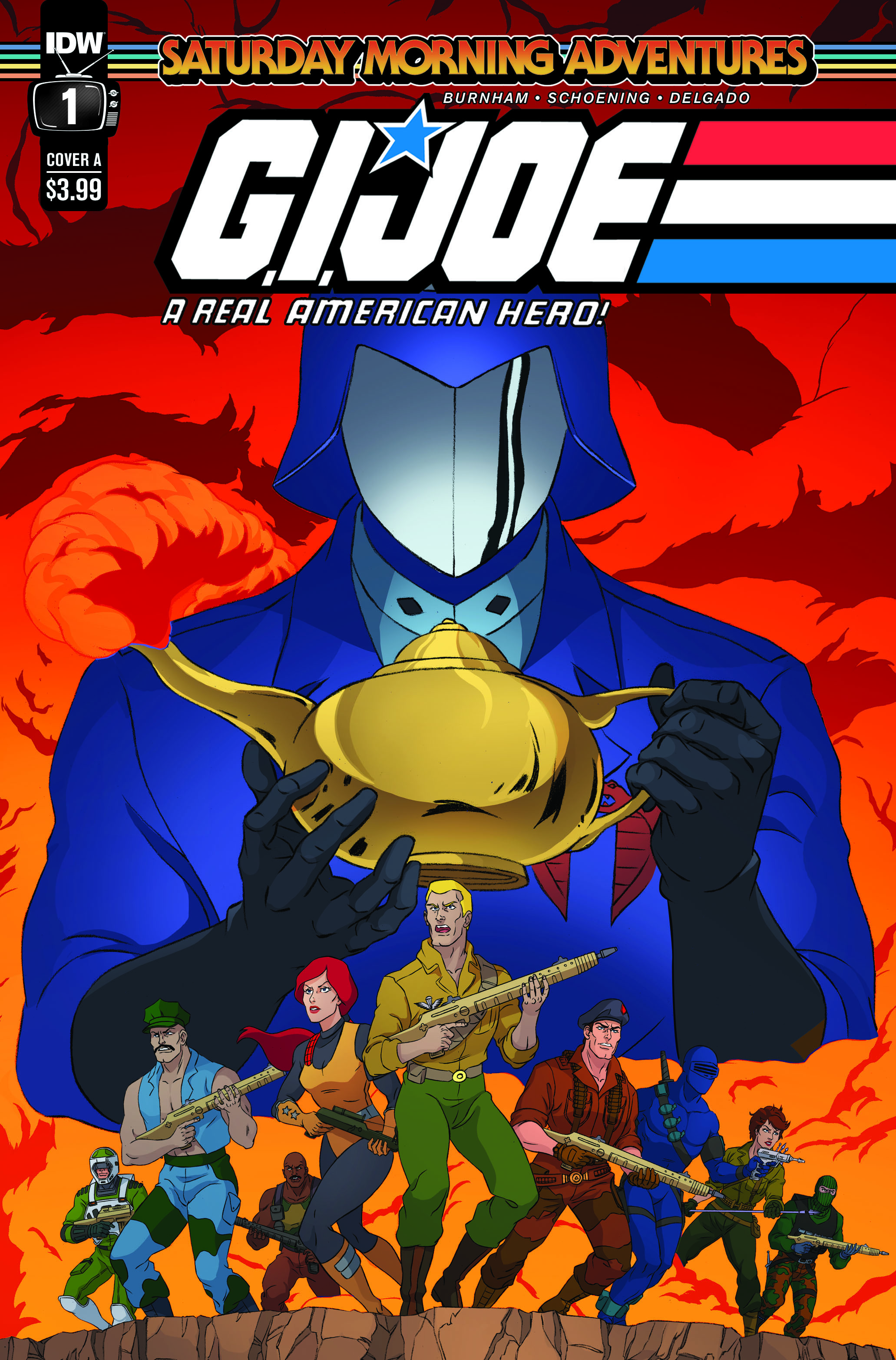 I mean, the damn lamp is on the cover! Burnham does a superb job using that signature camp to his advantage, with stuff just crazy enough for kids but nothing that should turn longtime Joe fans from coasting through the rest of these 22-pages. And the callbacks! Cobra namedrops the Mass Device and the Pyramid of Darkness, and I hear Chris Latta’s voice with every text bubble. Destro augments this new Haslab B.A.T. project to perfection, with dialogue reading like the genius arms dealer we all know and love, while Duke is so Duke. He’s perfect. Love the assortment of Joes, too, with sharp cameos from Mainframe, Alpine, Bazooka and Sci-Fi, among others.

Best of all for these new Saturday Morning Adventures is the art. Dan Schoening‘s linework here is so clean. His sketch efforts are as one-to-one from the famed animated series as one could ever attempt, while Luis Antonio Delgado‘s coloring pops off the screen/panels. Neil Uyetake has arguably the toughest task here, sssseeing how the o.g. toon never had dialogue bubbles; yet his lettering is sssso good you’d think they always did. 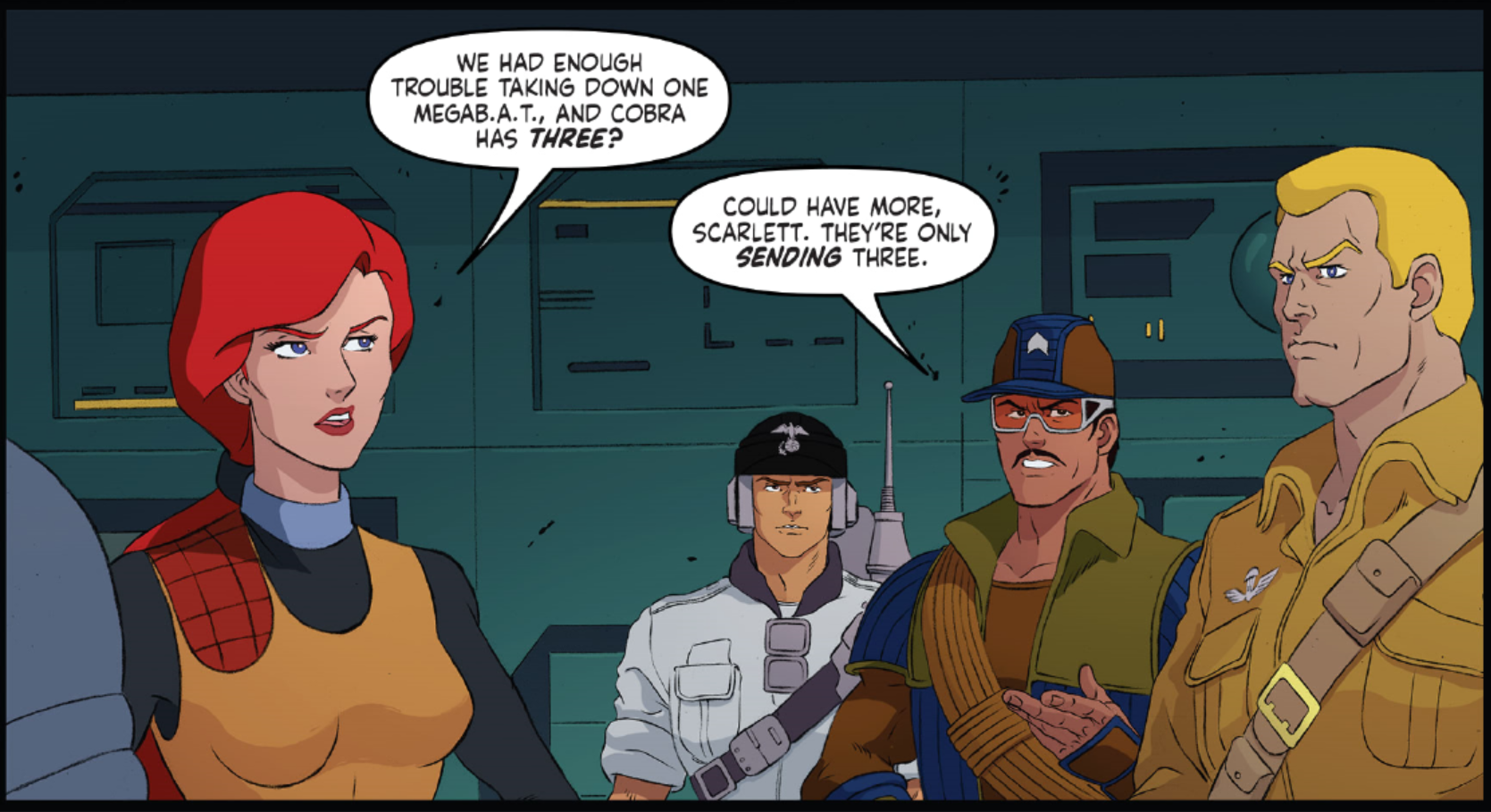 Despite a fun script with near perfect classic characterization, the art of G.I. Joe has always been the selling point. With all its pretty pictures and remarkable accuracy, G.I. Joe: A Real American Hero – Saturday Morning Adventures #1 is absolutely no exception. Buy all the copies, or I’ll send a real MEGAB.A.T. to your crib, free of charge. YO JOE! 4.5/5 MegaBATted Down Skystrikers.