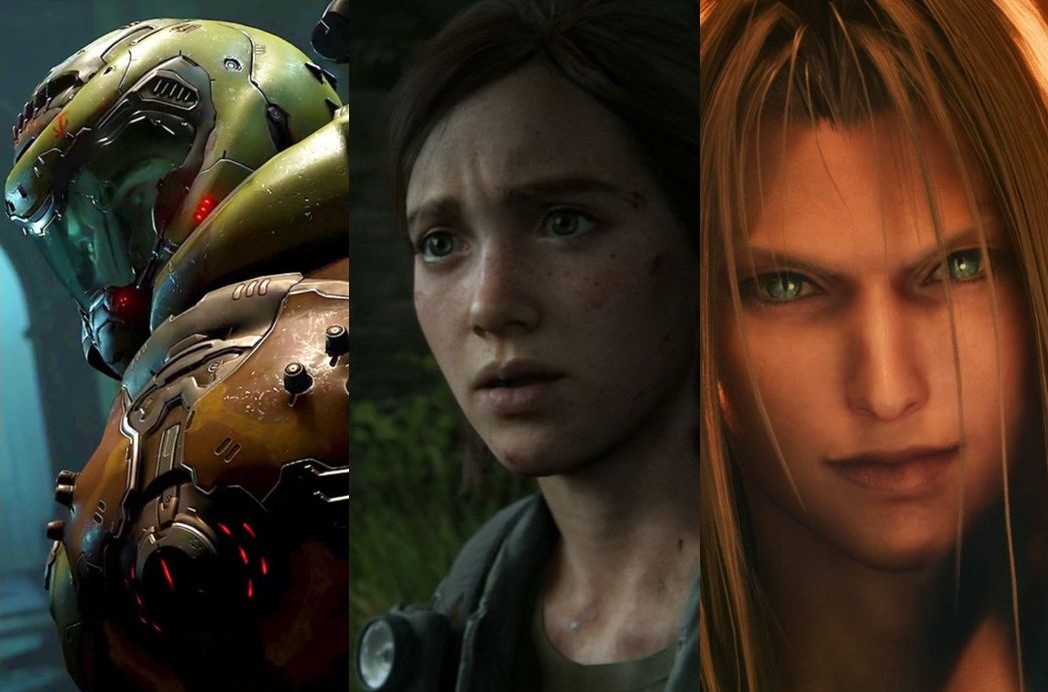 Despite the many delays due to the coronavirus pandemic, 2020 has been a great year for gaming and we already have several GOTY nominees in the first 6-months. The JRPG’s! The fighting games! Naughty Dog, again! We also take a look at the games that didn’t hit so high for us.

These are GodHatesGeeks’ Best & Worst Games of 2020 So Far a.k.a. everything we’ve reviewed this year (sorry, Nioh 2).

1. The Last of Us, Part II (PS4) – “If you hesitated to play this because you were spoiled, I can assure you that no spoiler is taking away from how brilliant this story is told. Even watching cutscenes or a playthrough on the internet is too passive of an experience to fully grasp the intention and purpose behind this game. TLOU2 is worth immersing yourself in, but prepare to feel uncomfortable.” – 4.75-5/5 (Dee Assassina)

2. Final Fantasy 7 Remake (PS4) – “Whether you’re a fan of the original PlayStation title, were present for the jaw-dropping announcement from E3 2015 that still holds up 5-years later, hopping in Cloud’s new polished ride was a thrill I never wanted to stop until we had no choice but to hit the turn signal and find a temporary rest area.” – 4.5/5 (Daniel Sorenson)

4. Under Night In-Birth Exe:Late [cl-r] (Switch, PS4) – “Definitely has a Tokyo Ghoul feel too it; teens in blazers, long pretty hair and samurai swords; but the vibrant energy from the game exudes optimism– a lot like an emo BlazBlue.” – 4.25/5 (Travis Moody)

5. MLB The Show 20 (PS4) – “At the bottom of the 9th, this is a baseball game loaded with goodies for hardcore baseball fans, hardcore sportsballers and people who just like to pick up a control and start playing. For anyone missing their sports I like I am, this game is a fun pick up.” – 4.25/5 (Robert Bexar)

6. Animal Crossing: New Horizons (Switch) – “At the end of the day, when the sun sets on your island, this is going to be whatever you really make of it — the game you go to to escape reality and not feel pressured to have to accomplish anything.” – 4/5 (Matt Robb)

7. Sakura Wars (PS4) – “[As] a longtime fan of the series, this made a great impression on me– remaining true to its roots while providing a modern feel to any newcomers. SEGA definitely strikes a chord with what western audiences needed to make Sakura Wars a recurring franchise here.” – 4/5 (Christian Orozco)

8. Darksiders Genesis (PS4, X1) – “While this is not Darksiders 4, it’s still a worthwhile addition to the ongoing saga. Top-down style gameplay fits the Darksiders formula surprisingly well, and Strife is given a lot more character by having War by his side.” – 4/5 (Ronny Lecuyer)

9. Granblue Fantasy Versus (PS4) – “It’s kind of insane that an IP that huge overseas in the gachapon mobile world is just now tugging at our weebie little heartstrings. But let’s just say.. with Versus‘ addictive ArcSys gameplay mechanics, gorgeous 2D anime, a riveting score, and solid stories to tell, I’m glad it did.” – 4/5 (Travis Moody)

10. Ori and The Will of the Wisps (X1) – “If I’m being nit-picky, I would have liked for there to have been more side quests and collectibles to find, as it’s not too difficult to achieve 100% completion of the map. [That said], if gamers loved the first one I’d still tell everyone interested to buy it.” – 3.75/5 (Felipe Crespo & Matt Robb)

11. Resident Evil 3: Nemesis (PS4, X1) – “While a flawed remake compared to what we knew this could be versus what is in the original package, RE3 Remake is still a very solid purchase. Otherwise, especially with the removal of The Mercenaries, the game feels more like an expansion to Resident Evil 2 Remake than it really should.” – 3.5/5 (Dee Assassina, Keiko Fukoyama)

12. Dragon Ball Z: Kakarot (X1, PS4) – “I loved everything about this gave until I didn’t, but if you are a major DBZ fan like myself then do play it. There is lots of fan service and you owe it to yourself to see the stellar cinematics.” – 3.25/5 (Jamison Weir)

13. Streets of Rage 4 (PS4, X1) – “The actual character and background designs are great. Everything is bold and colorful, and has a decent variety of enemies thrown at you. There’s a lot of life to this retro beat ’em up.” – 2.75-3/5 (Felipe Crespo, Travis Moody)