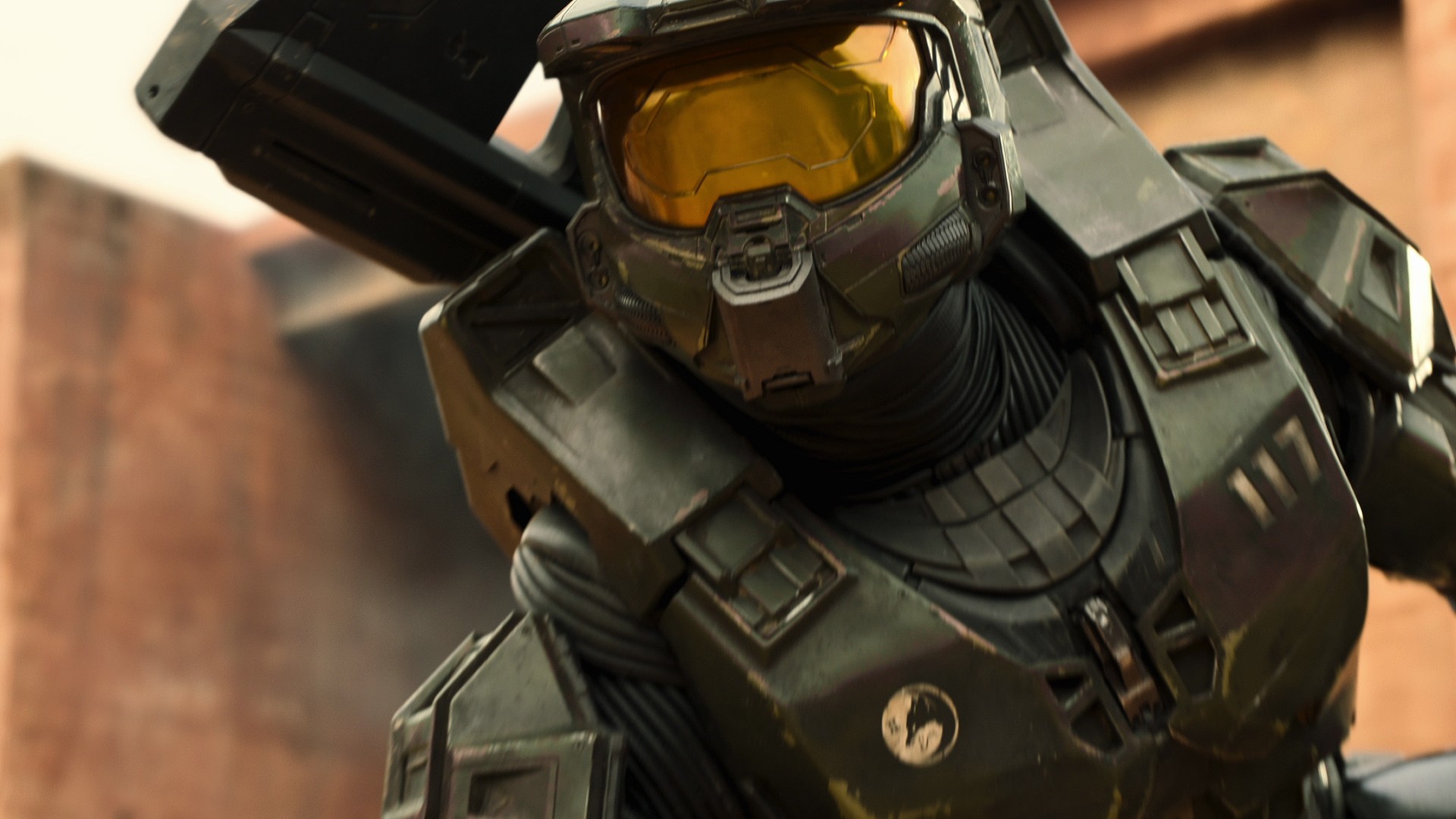 Halo exploded onto the scene November 15, 2001 to much fanfare and praise the world over. With it, Microsoft unknowingly created a multimillion dollar franchise and an icon. Through the years Halo’s story got bigger with subsequent sequels, comic books, graphic novels and novels. Hell, even Neill Blomkamp directed Halo 3 and Halo 3: ODST’s live action advertisements with full on battle sequences that gave fans hope for a live action rendition of Spartan 117…

Unfortunately, negotiations fell apart and Peter Jackson and Blomkamp would exit the project in late 2007 leaving it in developmental hell. There would be minis produced to satiate the masses until May 2013, when 343 and Xbox Entertainment Studios would announce a series produced by Steven
Spielberg for Showtime. Where the project would once more languish in developmental hell.

Fast forward to now with Halo streaming on Paramount+. With episodes 1 and 2 out, us Geeks give you the lowdown on what to expect on this long awaited series. The pilot, Contact, begins on Insurrection-controlled mining world of Madrigal with patrons at a bar voicing their dislike and distrust with the UNSC and speaking in hushed tones about the fabled Spartans before the Covenant attack. What ensues is a ball-to-the-wall massacre with plasma fire and explosions galore. Holes are punched, body parts are blown off, bodies impaled, really a surprise that the rating is only TV-14…

When Master Chief (Pablo Schreiber) and Silver Team arrive they surgically dispatch the Covenant using everything at their disposal, rifles, fists, metal rebars and plasma weapons. The action is fluid as the shots cycle between the battle, Master Chief’s HUD and Kwan Ha Boo’s (Yerin Ha) frantic scramble to stay alive. After which the Spartans find an artifact that the Covenant had been mining for, possibly a map leading to the ringworld? Hopefully not a MacGuffin.

We are then introduced to the rest of the UNSC figure heads such as Dr. Catherine Elizabeth Halsey (Natascha McElhone), Admiral Margaret Parangosky (Shabana Azmi), Miranda Keyes (Olive Gray), and Captain Jacob Keyes (Danny Sapani) as they do their
politicking far and away on the planet Reach.

Dr. Halsey butts heads with the Admiral over the still processing Cortana project, while the Keyes don’t see eye-to-eye on the prime directive. Oh, that? To execute the lone survivor of the Covenant’s attack, Kwan Ha, all because she doesn’t want to play UNSC ball. All of this leads to the Chief questioning his prime directive and turning on his handlers. A climatic stand-off on the landing pad between an armada of UNSC Marines and the remainder of Silver Team ensues. A cornered Chief turns to the artifact and grasps it and sends out an EMP while powering up their ship and sending him and Ha into the void.

Episode 2 sees Chief and Kwan in slipstream bound for The Rubble where they meet with Soren (Bokeem Woodbine), an old friend and member of the Spartan program with John. Flashbacks show John confront Soren escaping the training camp where he lets him go with only a five minute head start. With all of space being monitored by UNSC John brings Kwan to the one place where rules do not apply and everyone is free. The Rubble is something of a pirate colony.

This episode is heavy with exposition and placement of the chess pieces on the board. We get a feel for Soren and why he turned away from the life of a Spartan. Chief’s team, Kai-125 (Kate Kennedy), Riz-028 (Nathasha Culzac), and Vannak-134 (Bentley Kalu), trying to rationalize their partner going rogue. Halsey gets the greenlight, and goes over the Admiral’s head, to run with the Cortana project. The Covenant Prophets on High Charity interrogate the lone Elite survivor about the artifact and give their human traitor (Charlie Murphy) the go ahead to seek out the artifact and retrieve it.

Episodes 1 and 2 give the premiere that one-two punch of slick action and visuals along with the heavy exposition. Us nerds and gamers know the Covenant, Spartans UNSC and what they’re about but it is also being marketed towards the casual streamer that may not be that interested in hard sci-fi. The Covenant are a glory to behold, watching the Spartans in action is a treat; visuals are strong as well as the production itself, no expense was spared.

Enter Cortana. Episode 3 of Halo kicks off with the long awaited appearance of Chief trusty sidekick and where the major divergence begins. As opposed to Cortana being an AI construct in the suit she is directly linked to John’s cerebral cortex. This makes private moments.. not so private.

Meanwhile Makee, the Covenant’s human is put into play as she plays possum and is rescued by a UNSC frigate. She single-handedly takes over with some tentacle action inside from the Thing, but not as gruesome. Episode 3 strikes a good chord as we get equal measures of quality backstory and character development.

The controversy about Master Chief removing his helmet has been a bit of a sore spot but what we have to understand is this is a cold, calculating, killing machine finding his humanity. He’s only ever known one thing and only now he is beginning to question it. This is similar to how The Mandalorian had his creed and rarely took off his helmet he only did so select times, because he had to. John is rediscovering who he is or rather was. This is not the Master Chief we met all those decades ago on the under siege Pillar of Autumn. No. This is the journey to becoming that confident, selfless savior that we all know and love. Strap in folks, there is a way to go before we finish the fight.