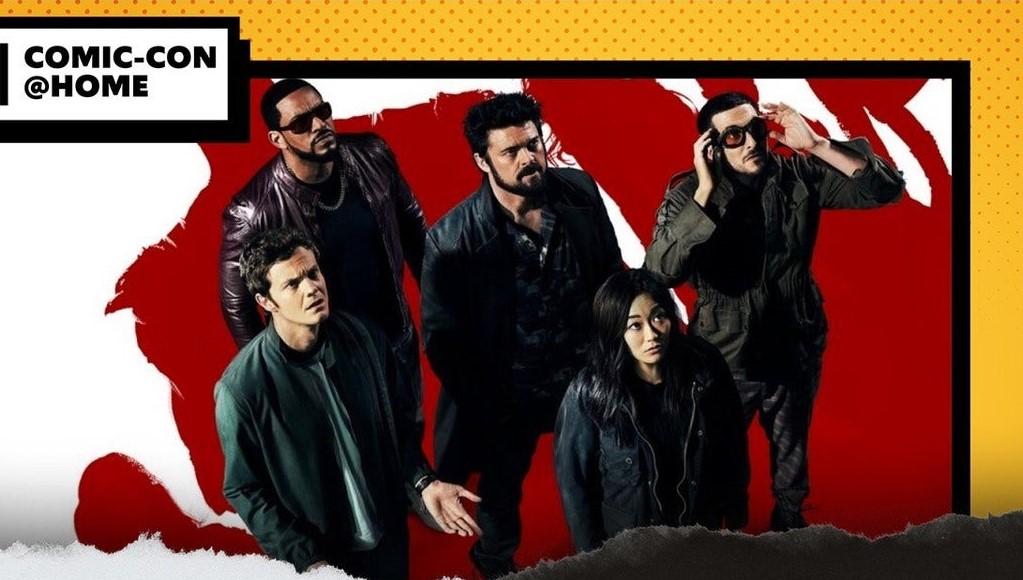 Within the near hour that the panel takes place, every actor gets to talk about their character and where they are in Season 2. Chatting with the host, Kripke explains the appeal of The Boys that lies within the show’s satire and social commentary. The Boys takes the superhero genre and “turns it on its head” according to the EP, and I agree. Season 2 is set to be crazier than season 1, more emotional, and with the stakes being higher for all the characters…

The Boys are fugitives after their actions in Season 1 (check our review here) and Season 2 finds them making sense of their current situation. Much like the inaugural joint, S02 will have social commentaries that reflect current world politics– white supremacy and white nationalism, with the connection of systemic racism.

Then the clip. Aisha Tyler states “no whales were harmed” after premiering the footage which you can see just below. This moment prompted the cast to bring up an anecdote about filming the scene with the sea giant. Urban stated that he had driven the boat for the scene and Quaid was the only cast member unhappy with it. Knowing that this next season is introducing new elements and characters, such as the tech and social media savvy Stormfront, only makes an already good show.. better. The Boys already felt like it blurred the lines of what modern television is constructed under.

Tyler went on to spend her time going one-to-one with the actors following the clip. Here’s the lowdown: 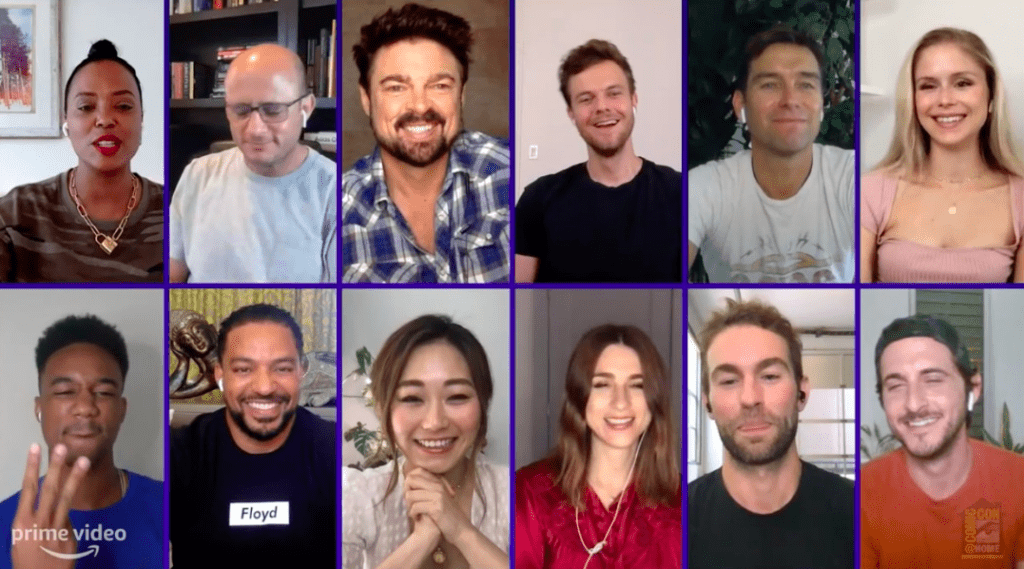 Season 2 shows that with the heroes of the show, absolute power does not corrupt absolutely, but the power reveals who the supes are inside. Seth Rogen and Evan Goldberg drop in at the end of the panel to announce a pick-up of Season 3. Tyler also announces Prime Rewind: The Boys, a follow-up weekly program she will host that airs directly following the show. With a lot of chemistry among the cast in the Zoom — despite not being able to be at Hall H — this was pretty alright, for fucks sake. 4/5 Bibles.