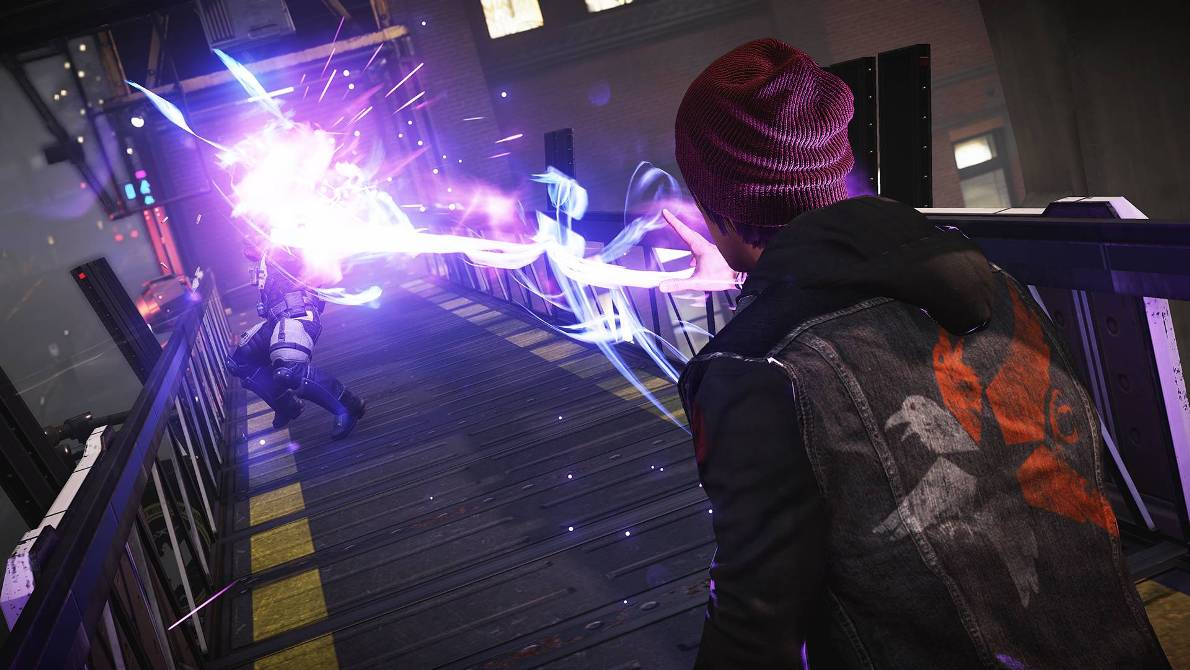 Got a PS4? If not you might want to go out and get one, because the first mega hit of the console has arrived. Chock full of action, superpowers, a great storyline, dramatic cut scenes and countless other goodies to make you go gaga, inFAMOUS: Second Son will have you hanging off the end of your seat grinning like a fool. Drool is optional…

You are Delsin Rowe, a “man with a plan and an aerosol can” (keep reading, you will understand later). Delsin is just your average young Native American kid at the beginning of the game. Well, if you call being constantly arrested for tagging everything in sight average. Oh yeah, the cop that always arrests him is his older brother Reggie (hence the name Second Son).

You start off the game tagging up a billboard and being arrested.. when all of a sudden a military truck crashes. Reggie rushes over to try and help the people in the truck, when one of the “convicts” in the back grabs ahold of Delsin (voiced by Troy Baker, who else). One problem though, as soon as the prisoner grabs him, Del sucks up the guys power “like a sponge.” A few minutes and a burnt down fish guttery later, you meet Brooke Augustine, the villain of the game.

Brooke heads up the Department of Unified Protection, an agency whose sole purpose is to hunt down and imprison conduits (people with superpowers). Here’s the funny thing though: she and all of her agents are conduits. So yeah, you’re fighting other super powered enemies in this game. To make a long story short, Augustine decides to torture the Akomish people — Delsin’s tribe — to see if they have any information about the prisoners. She does this by putting concrete spikes into them.

A week later, our man wakes up in the hospital fully healed (because he has powers!) and finds out what Augustine did to his people. The only way to cure them is to have the concrete power himself. Delsin and Reggie take off for Seattle, and thus our game begins.