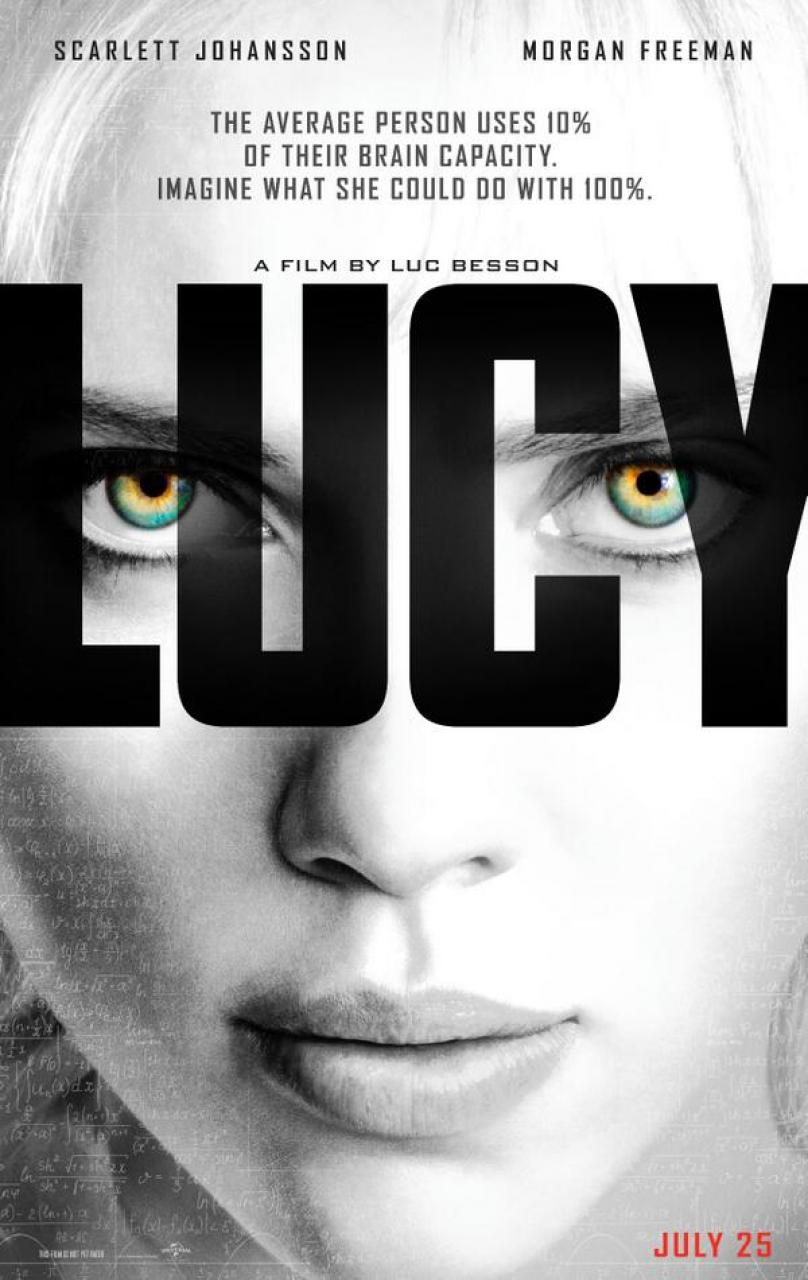 First off, let me say j’dore Luc Besson (The Professional). He always has a strong female character that makes me grin from ear to ear. His femme fatals have become legendary: from “La Femme Nikita” to “The Fifth Element,” Mr. Besson has now gives us Lucy, a heroine played by none other than the Black Widow herself… Scarlett Johansson (The Avengers).

Lucy, the titular character, is a girl who accidentally winds up caught in a dark drug deal. The bad guys stuff her with a synthetic drug that eventually begins to leak into her body. As her system begins to absorb the blue, crystalline drug, it takes a rather unexpected side-effect — it allows her to access more of her brain capacity, far beyond the average human’s 10%. Suddenly, Lucy is able to turn the tables on her captors and transforms herself into a merciless, superhuman warrior.

Okay, okay. I know everything you’re all asking yourselves… How was Scarlett? Does Lucy kick ass and does she take names?  And what happens when she accesses 100% of her brain?

1. Scarlett was good. She depicted the unlikely Lucy well, yet flawlessly made her evolution come to life. Robotic at times, sure, but clever internal instincts that allowed us (the audience) to see a shit-ton of lightbulbs turn on as we were connecting the dots of several universal truths.
2. Lucy kicked ass… with her mind. I want to kick ass with my mind. I think we can all agree that this would be awesome.
3. Go see the movie to find out what happens at the end. I’ll post no spoilers here.

All in all, I thought this movie was incredibly entertaining, and also, thank you again to Mr. Besson for reminding us all that a good movie can only be 90 minutes! Wasting 3-plus hours in a movie theater isn’t my idea of a good time. Lucy was fun, fast, and still remained thoughtful.

On a side note, I want to say that I very much appreciate Mr. Besson’s commitment to cinema du look (http://en.wikipedia.org/wiki/Cinema_du_look). Although the story in Lucy is absolutely engaging, Besson’s strong inclination for “style over substance, spectacle over narrative” adds a dimension of thrill that is essential for the modern action film.

See this film. If you like fast-paced action with a quirky French attitude, it’ll be well worth the money to see it on the big screen. But I promise not to judge you wait to stream or rent. —Eva Ceja