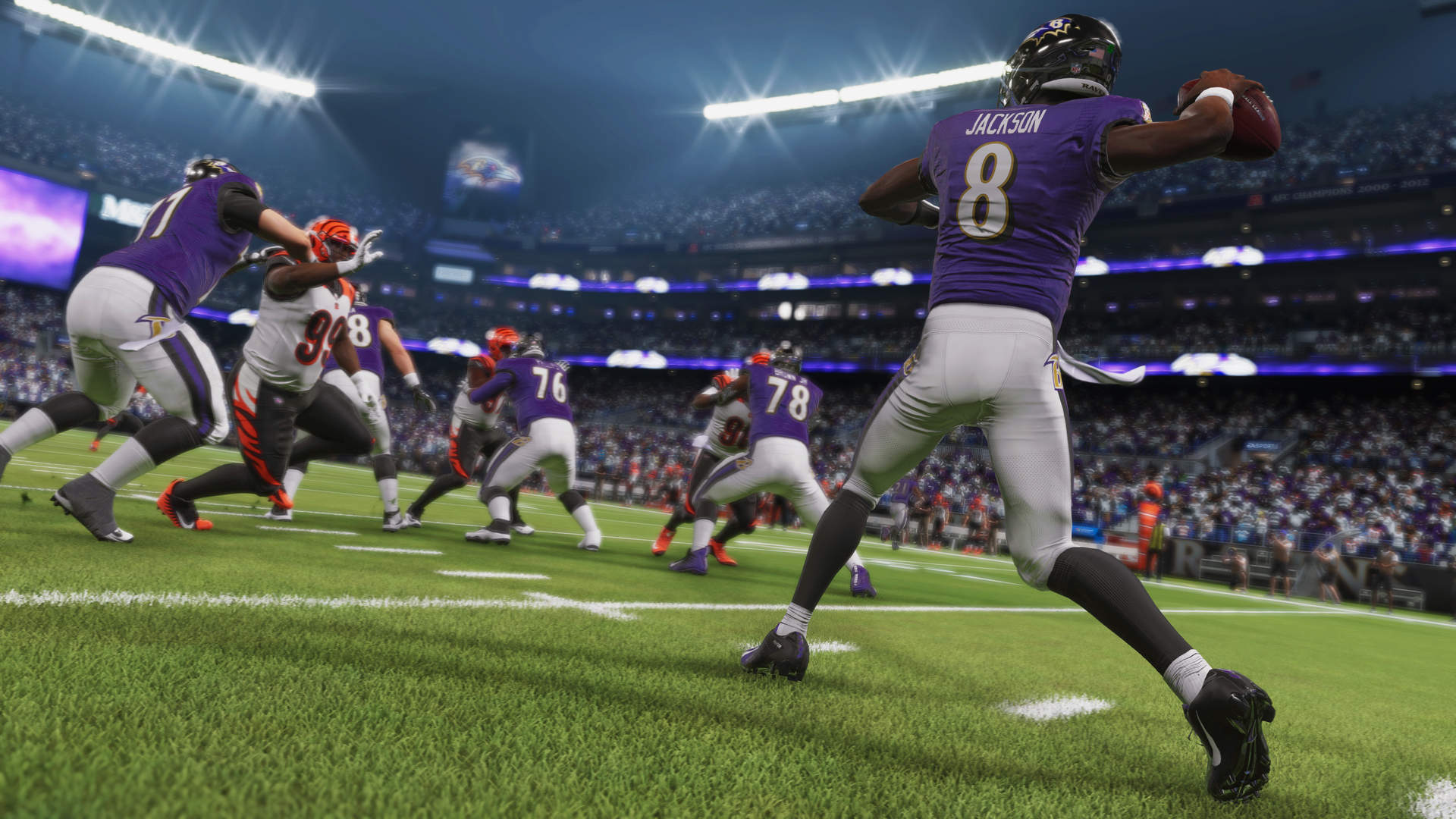 It’s that time year again, Madden Season! What has changed between versions of “the only football game in town” from last year to this year you ask? Not a damn thing. Really! I mean it. That said, there are plenty of Pros and unfortunately many more Cons with Madden 21. So here’s the kick-off…

The Pros: In this year’s version of Madden NFL (now, officially, just Madden 21) has improved play on the D-Line; Tiburon have add deep zone coverage for up to 30-years in coach adjustment to help cover deep passing routes; gameplay does feel a little more fluid; QB’s don’t struggle so much passing the rock upon contact; and since X-Factor abilities aren’t as wild as they were last year, not every skill player — especially Running Backs — can do every move in the world, which helps separate the Superstars from the rest.

The Cons: AI is still dumb as bricks; O-line does not form a pocket around the QB; run blocking is the same as last year if not worse; there are just way too many fumbles in every situation; they don’t make a big deal out of injury situations (it’s almost funny how a torn ACL is so brushed over); Franchise Mode is the same as last year (the NFL Combine still doesn’t mean a thing); and Face of the Franchise is still the same, this side of the opportunity to be drafted as a RB and WR in addition to last year’s QB.

Then… there are the Cons that Tiburon refused to address, or most wanted features from fans they’ve completely ignored for at least a decade now; you know, a 2K-styled presentation, with ESPN/NFL on FOX inspired pre-game, half-time, post-game and in-game presentation with highlights around the League during Franchise Mode to make it actually feel like you are playing in something bigger. Hey, y’all; it’s Monday Night Football! EA says “so?” The commentary with the team of Brandon Gaudin and Charles Davis has improved the series drastically over its previous several installments, with many live updates and even real life and other references from around the L, but EA still refuses to go bigger and more immersive with Franchise’s presentation overall.

Following a whole summer of Madden fans putting out the #FixFranchiseMode, did EA Sports listen? Hell. No. As much as we want to blame Tiburon for the game being bad, we need to blame the executives at EA that don’t care about nothin’ but money; they clearly know nothing about football or its fans. But they do care about Madden Ultimate Team, Superstar K.O and now The Yard. As for Madden 21‘s new addition, despite being crazy and different from the rest of the modes, The Yard is still a watered-down version of The Park from 2K. With out much customization or many structured modes within The Yard, it’s clear that EA just wants the kids spend more green to make they character look cooler, just like purchasing cards for MUT (Madden Ultimate Team).

Here’s a little advice EA: instead of spending millions of dollars on getting celebs to be a part of Superstar K.O. mode, put that money into having NFL players to do Motion Capture instead of being cheap and making up animations, because y’all just can’t get it right and too lazy to try. I’ve been playing Madden since SNES and Genesis, and this is the worst Madden ever. In the “just sayin'” category, the game has literally looked and felt the same for the past 3-4 years. Time to invest that cash into the next-gen visuals and performance so we can actually tell a difference between recent iterations and those coming to the PS5 and Xbox Series X in years to come.

My final thoughts of the game: EA needs to focus more on the fans that have played Madden since the series has started, instead of trying to manipulate kids into buying MUT cards and clothes for their character. Hire retired NFL players on your executive team so you can what real football is. But also, since this is the only football game on the market at the moment, I know a lot of football fans will buy it for that reason alone. My advice to you is, do not waste your time or money. Just wait till 2K comes out with their football game next year (so maybe we can see Player/Games/Plays of the Week and all that great little stuff we love about our 2K games), or hope Madden gets it right next year, but I wouldn’t hold my breath…

Oh, and if you’re curious, all references to the Redskins and its imagery are forever banished from the series and the Washington Football Team is here to stay. For now. 2.5/5 Madden Bibles.