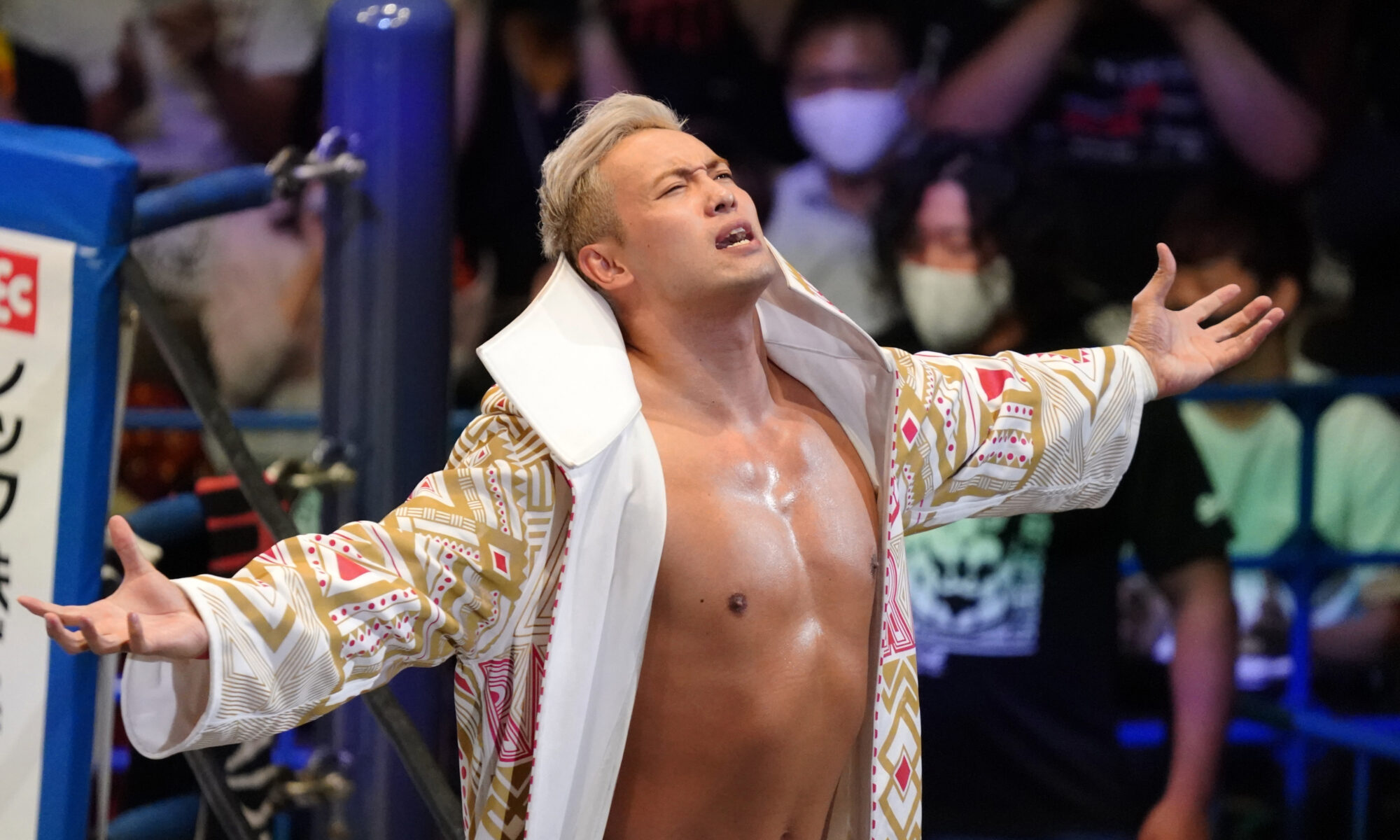 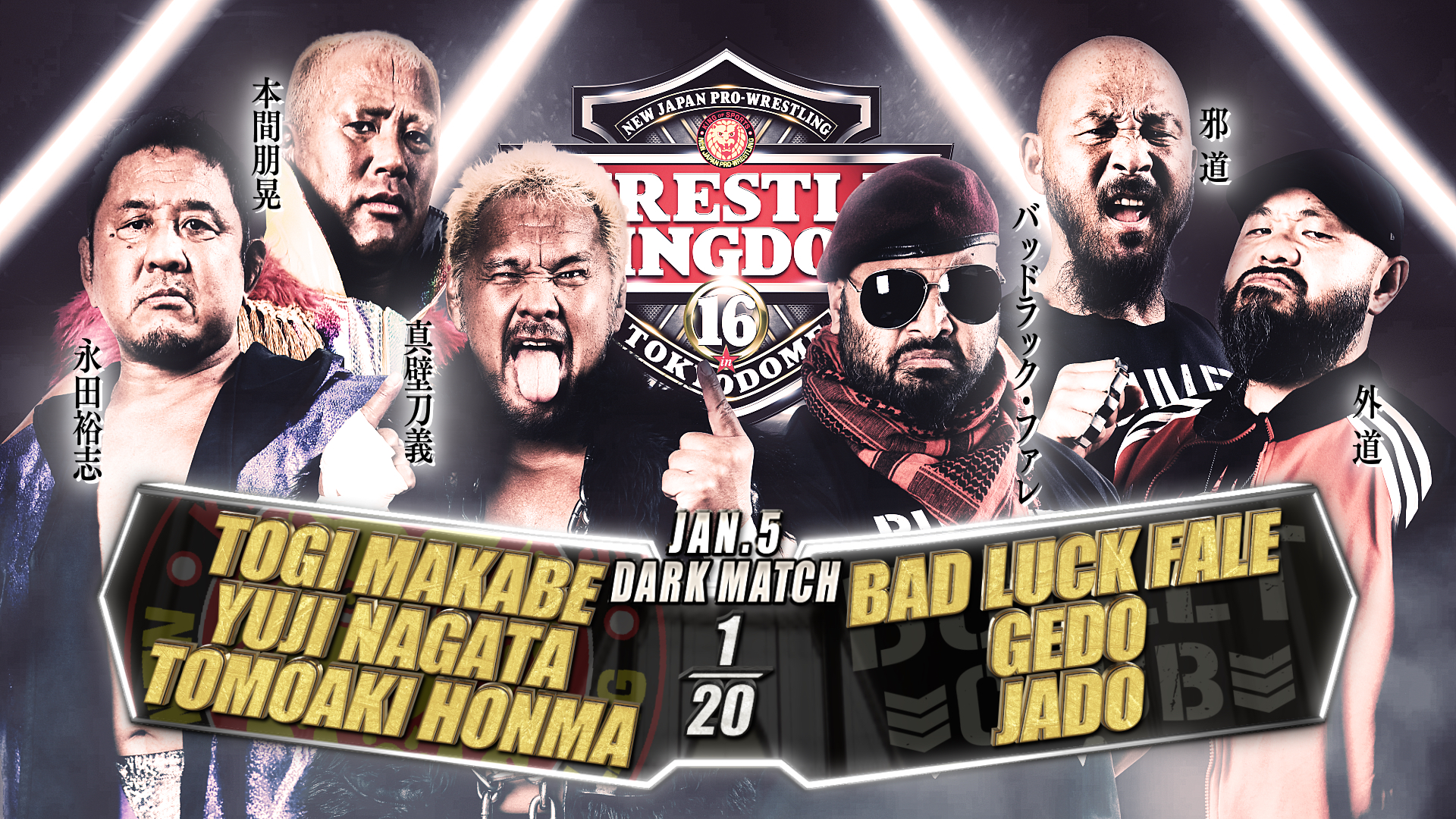 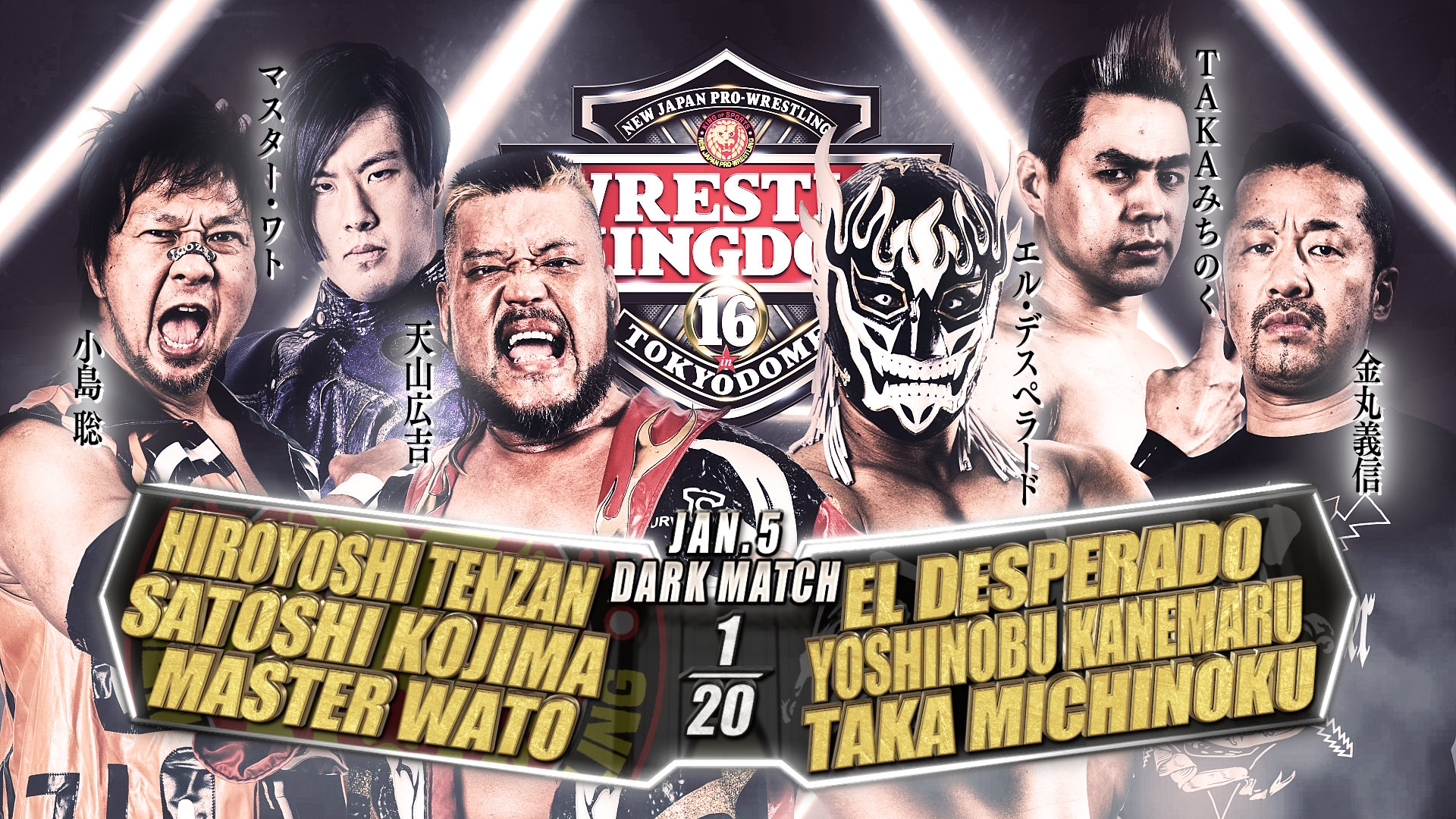 Master Wato, Satoshi Kojima & Hiroyoshi Tenzan vs. El Desperado, TAKA Michinoku & Yoshinobu Kanemaru – 2.5/5 – This was a neat way to get Master Wato over and make him the #1 contender for Despy’s Junior Heavyweight strap. Oh, and Taka’s back. 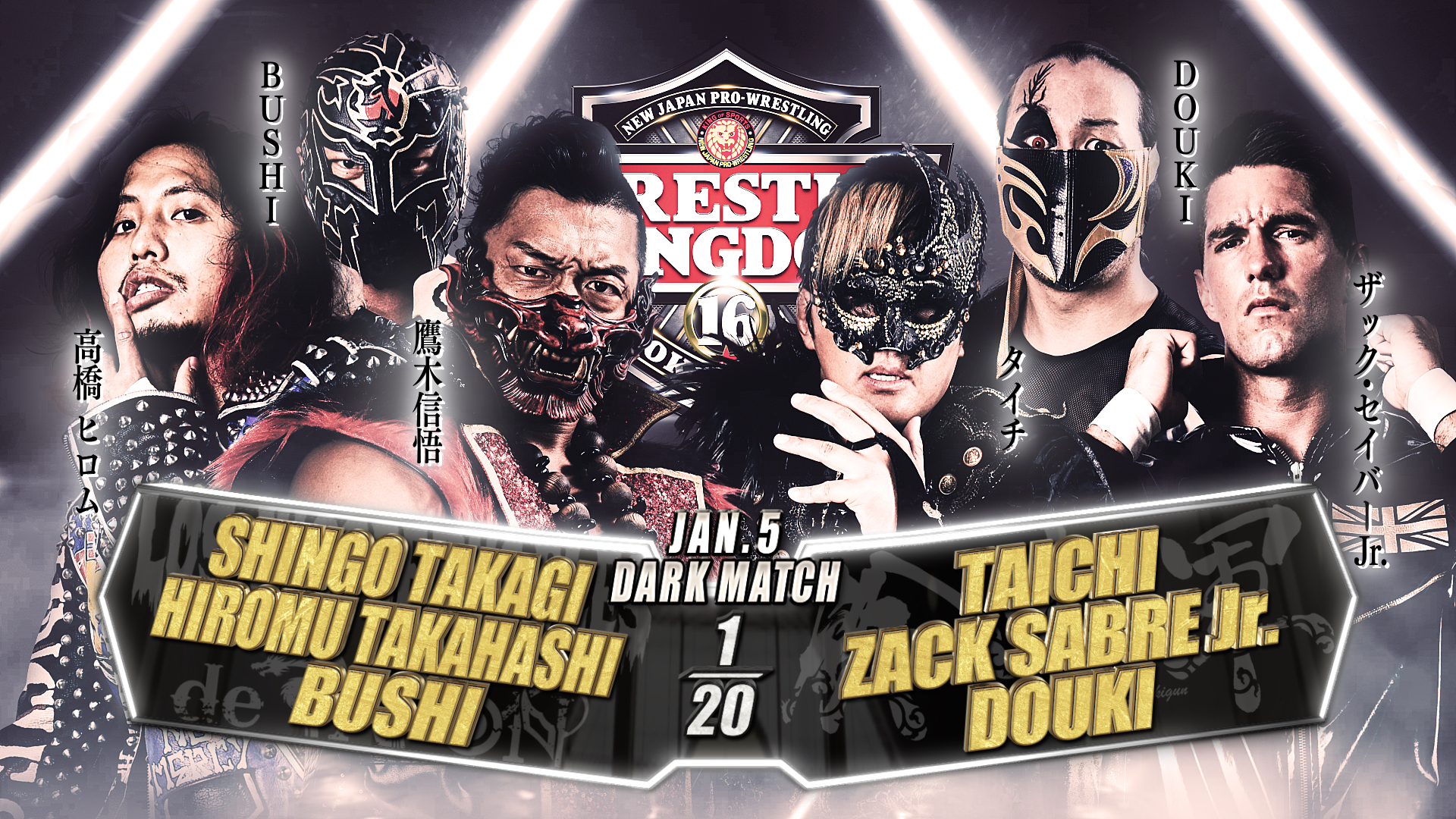 Shingo Takagi, Hiromu Takahashi & BUSHI vs. DOUKI, Zack Sabre Jr. & Taichi – 2.75/5 – Shame the stakes weren’t higher, because this is a real solid match on paper. It wound up fine. But, the night after losing his IWGP Heavyweight Championship Shingo winds up in a Dark Match 6-man tag? Samesies with Hiromu? Eh. 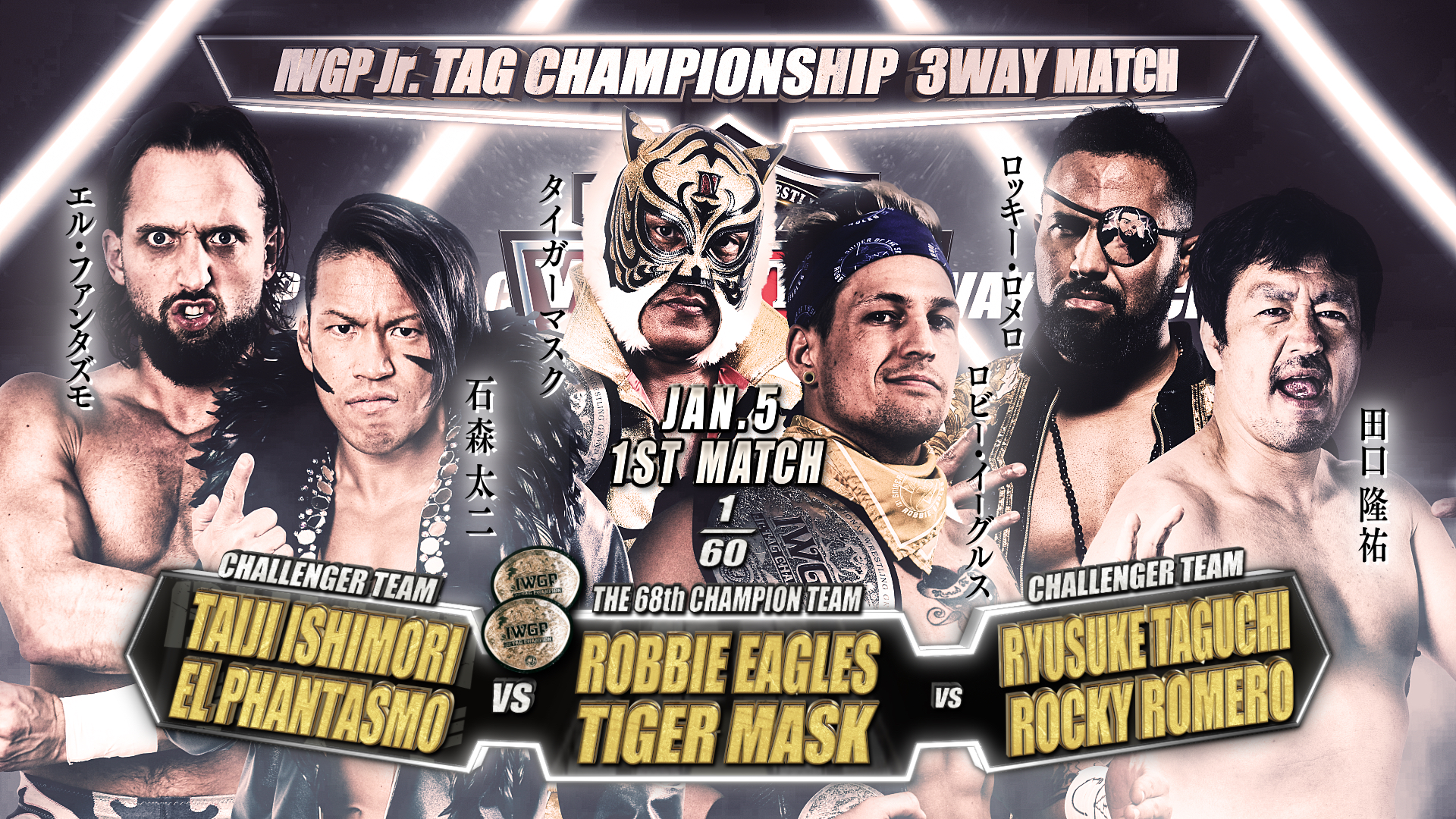 IWGP Junior Tag: Robbie Eagles & Tiger Mask vs. Rocky Romero & Ryusuke Taguchi vs. El Phantasmo & Taiji Ishimori – 3/5 – They stopped the match to check El Phantasmo’s boots for an illegal foreign object. Can’t knock the creativity! That aside, the talent in this ring made this good no matter how you feel about the mid-match DQ angle. 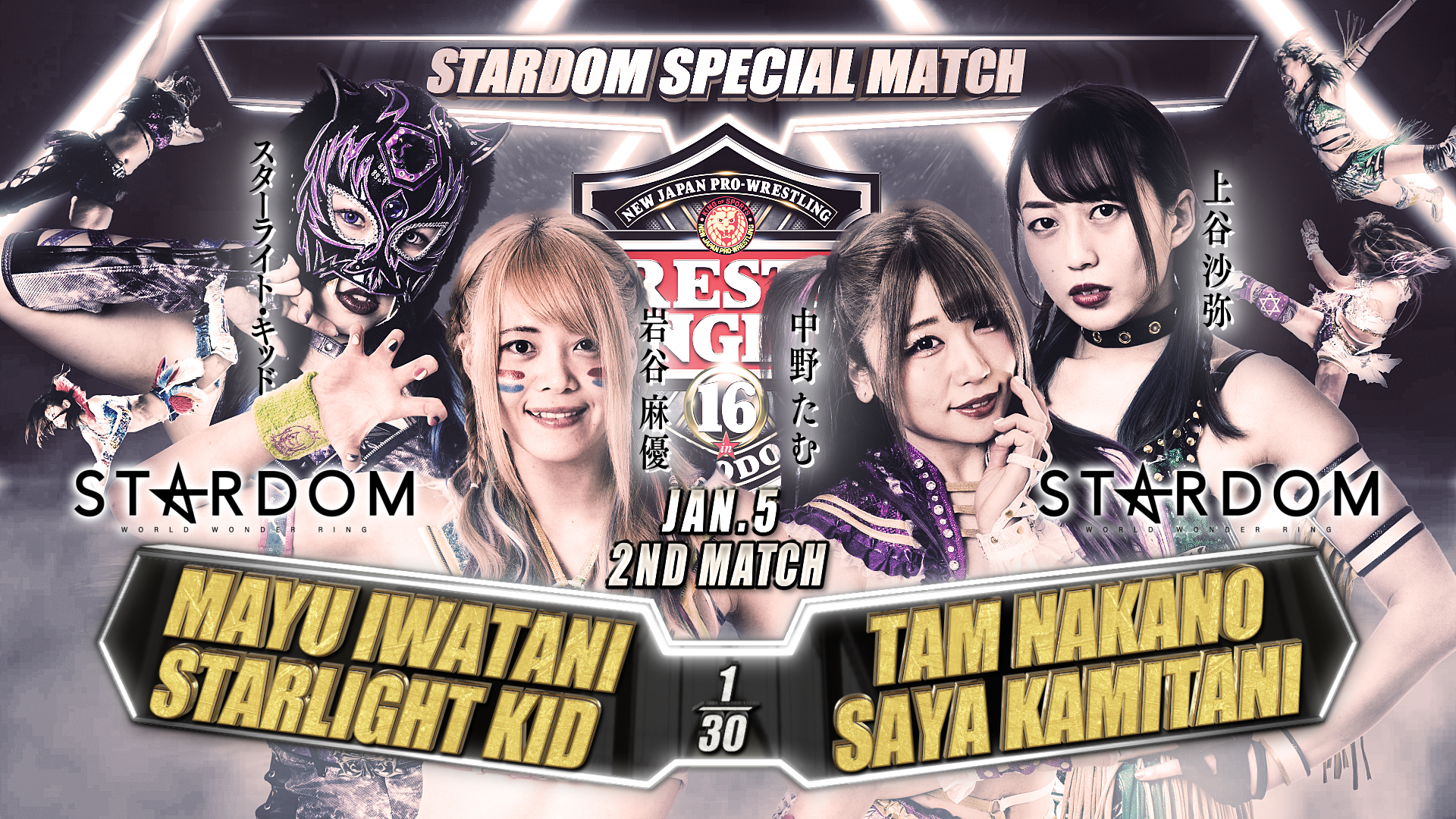 Saya Kamitani & Tam Nakano pinned Starlight Kid & Mayu Iwatani – 3.5/5 – Never realized how badly I missed STARDOM until watching this match. Damn, this felt like a stronger tag match than most I watched from the all-ladies promotion pre-COVID. Guess I got a lot of catching up to do. (Side note: Tam Nakano was always super cute, but, wow, girl lookin’ fit these days!) 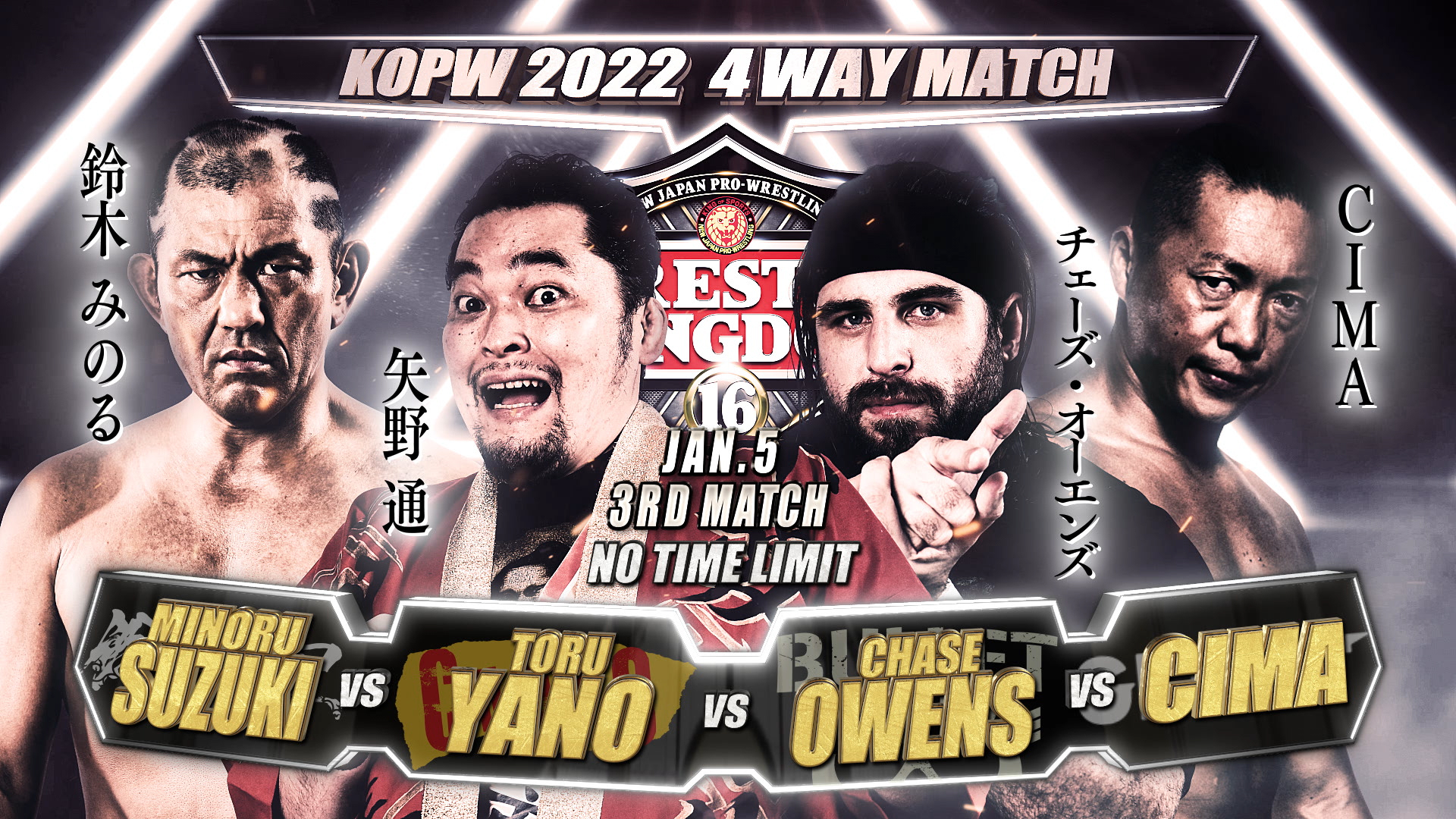 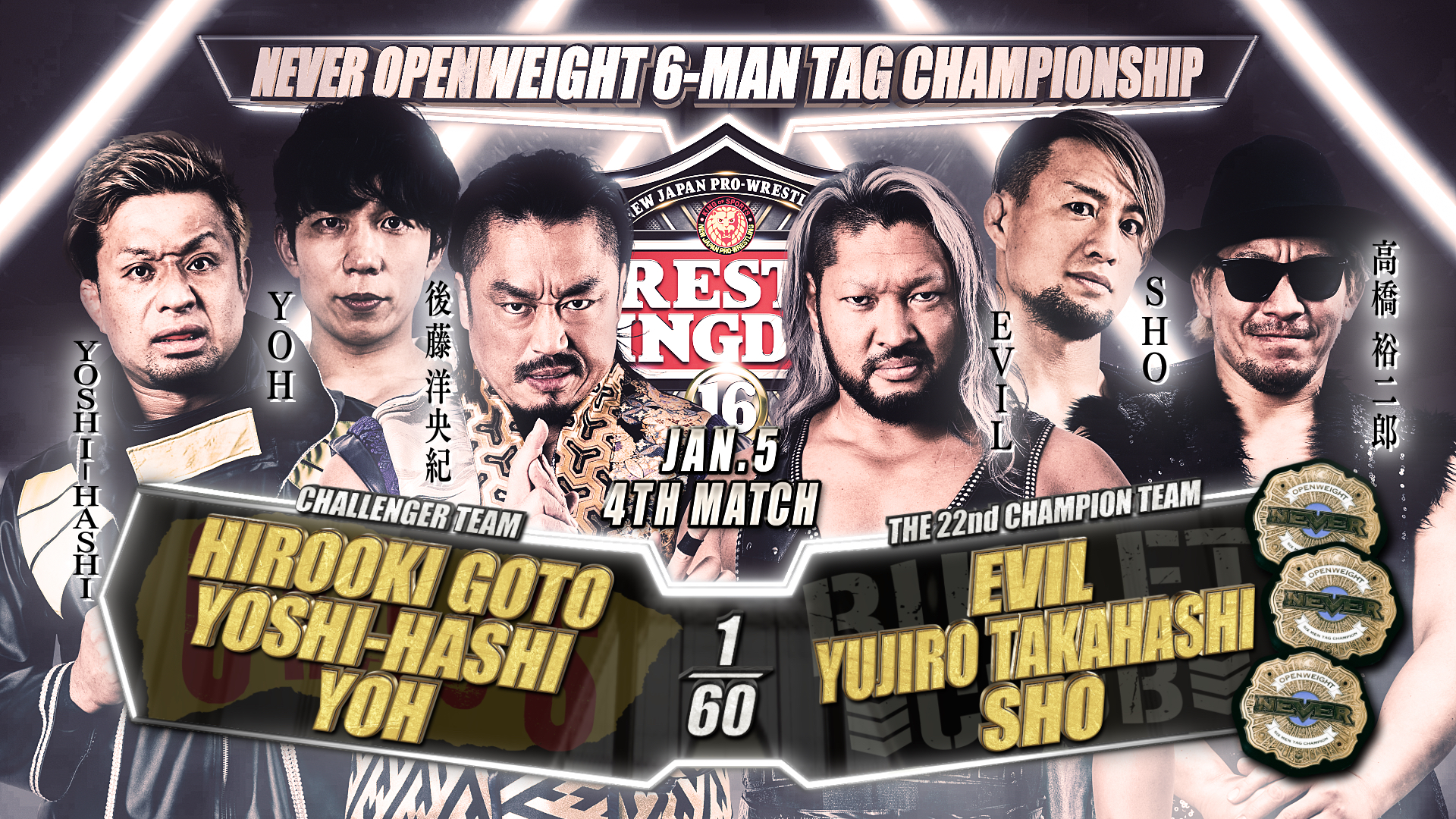 NEVER Openweight 6-Man Tag: SHO, EVIL & Yujiro Takahashi vs. YOH, Hirooki Goto & YOSHI-HASHI – 1.75-2/5 – Pretty sure I was watching something else on another TV when this was on, up until NOAH invaded the match and laid their stakes; Keiji “Great Muta” Mutoh gives zero fucks and takes a selfie! 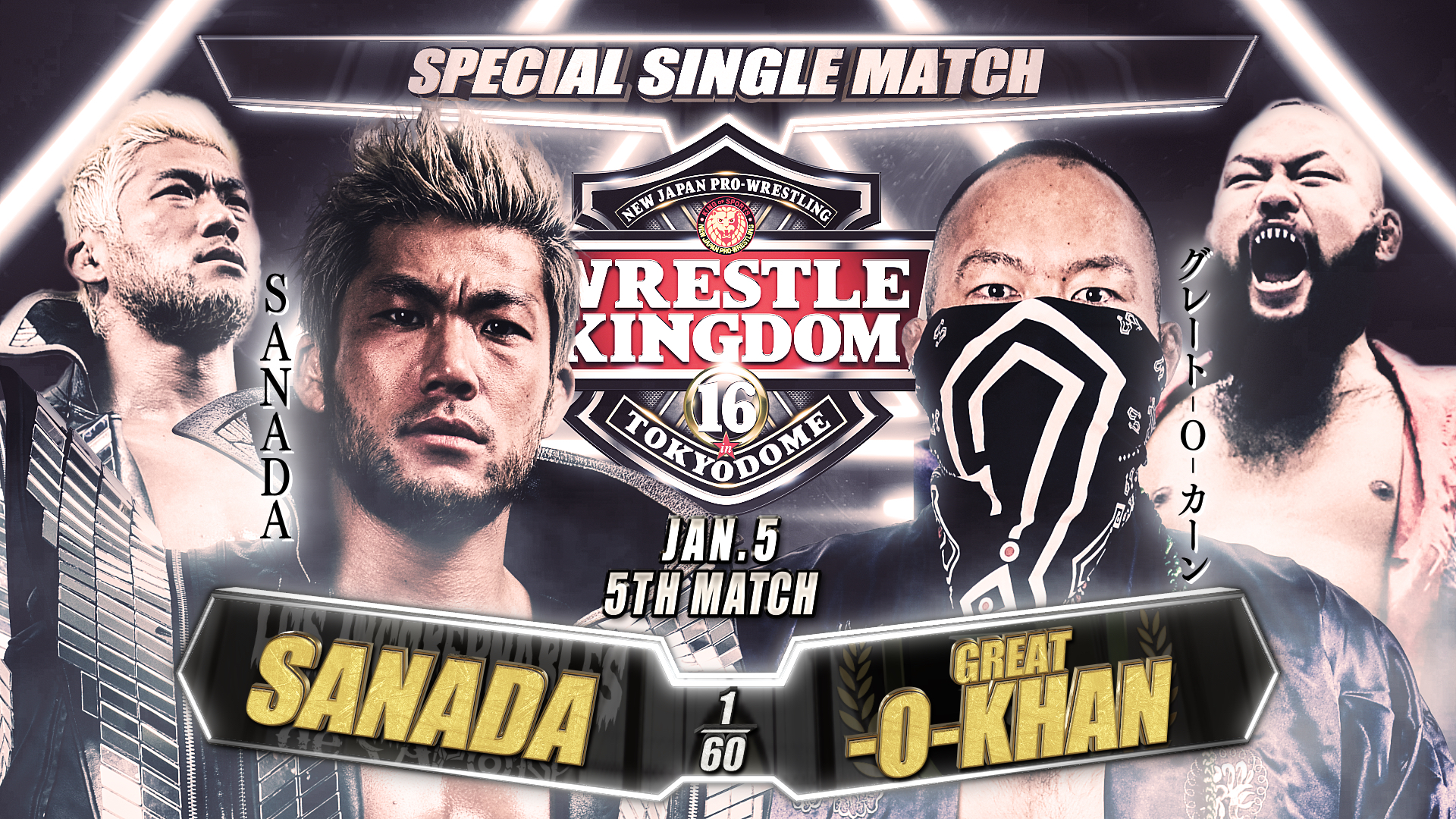 SANADA vs. Great-O-Khan – 2.75/5 – Nothing “Special” about this one, but I haven’t cared about Great-O-Khan since Jin Sakai slaughtered him and his whole squad in Ghost of Tsushima. That said, he probably should have won. 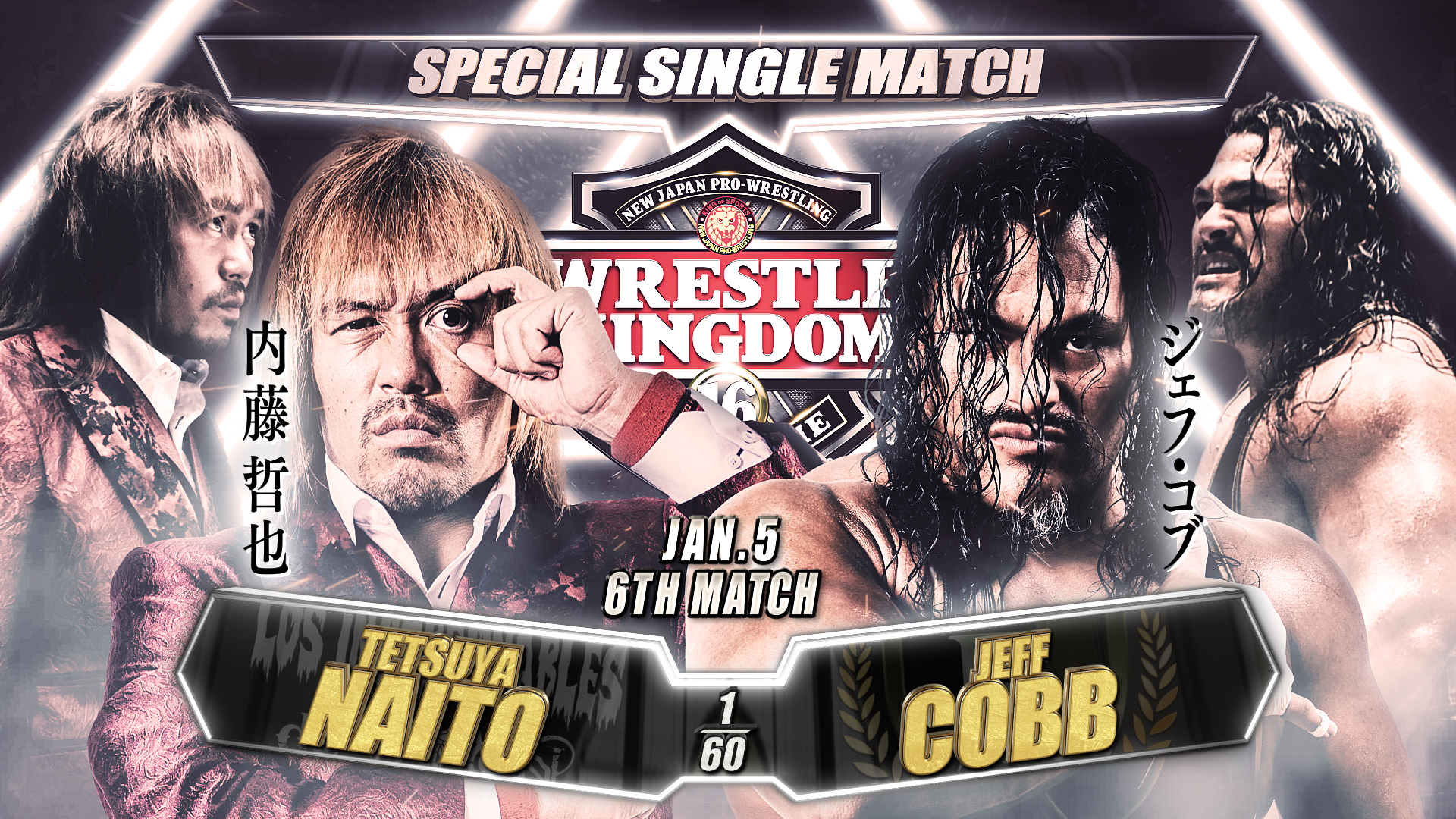 Tetsuya Naito vs. Jeff Cobb – 3.5-3.75/5 – Good match despite a bad leg on Cobb. Nice to see Naito back to form after a long struggle post-title(s). Not “Wrestle Kingdom” level, perhaps, but better than most of the stuff we’ve watched this weekend. 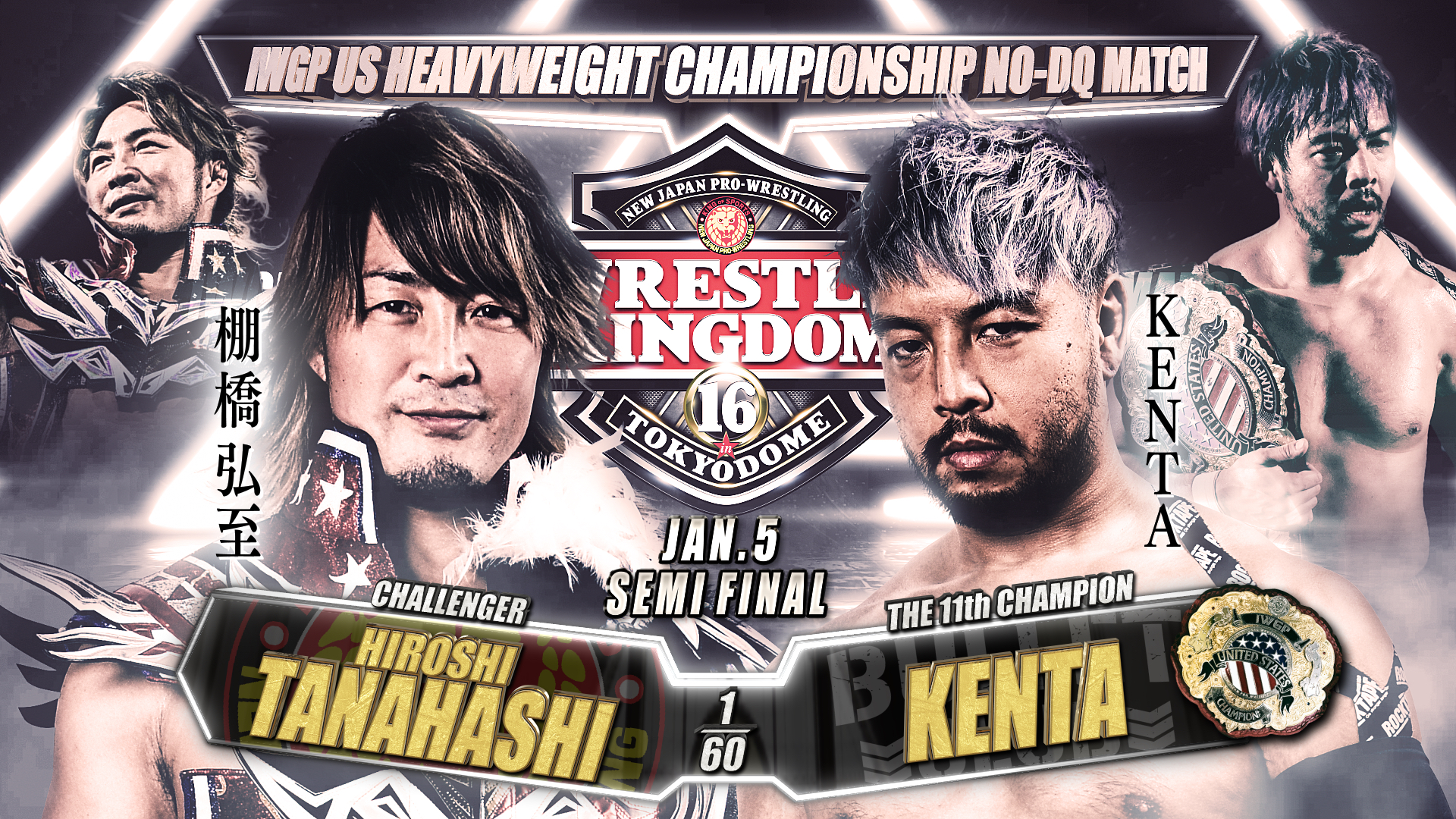 IWGP United States Championship: Hiroshi Tanahashi vs. KENTA – 3.75/5 – I really enjoyed this wildly hardcore match (that you just don’t see in New Japan minus the strange KOPW Yano stuff), but it’s just further proof that Tanahashi can wrestle anyone/anywhere/anytime. Dude’s unreal, saving a match where KENTA took a good 5-minutes to set up a ladder.. with an amazing High Fly Flow 25-feet up and onto a table-ridden KENTA. Dope. 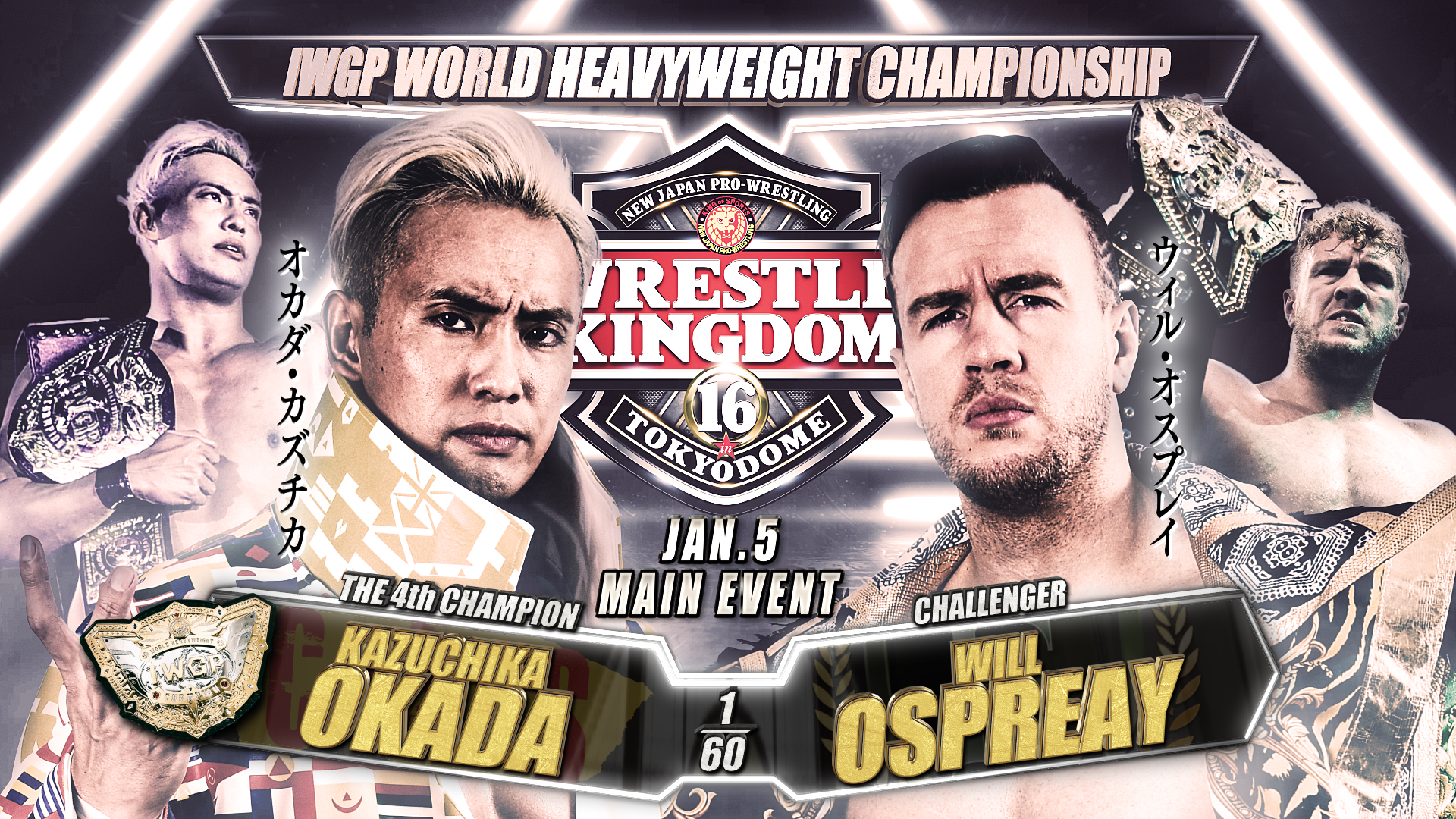 IWGP World Heavyweight Championship: Kazuchika Okada vs. Will Ospreay – 4.75-5/5 – Watch this in Japanese! Much like the great Okada/Takagi match from the night before, the atmosphere is far more intense– with thunderous claps and at least some albeit limited crowd exhaling; stuff you just can’t pick up when watching the English with Kevin Kelly calling it from the States and Chris Charlton giving his insight from a Tokyo Dome boiler room. Anyway, this match was great, as expected, with two of the best in the world and off all time; not as insane as prior Okada/Ospreay match-ups, maybe, but we got an Os moonsault from a lighting rig way the hell high, a Sasuke Special reversed into a Tombstone, Okada’s own version of the Stormbreaker(!!), and much, much more. In all, a show-saving main event, one to watch 2-3 times in any language.

Definitely an improvement over Night 1 despite more of a bloat in the “pre-show”. With this current roster, the 2-night format is killing them. Especially with all the COVID rules in place, it almost doesn’t make sense to have the two. Good to see the crowd lose all fucks to “stay quiet” and roar/exhale a little in the main event. How could you not? While Okada/Ospreay is a certifiable classic, there were definitely more highlights in the undercard too. It’s a shame we have to wait a whole week for New Japan World to air Night 3 — NJPW vs. NOAH — but it is what it is.