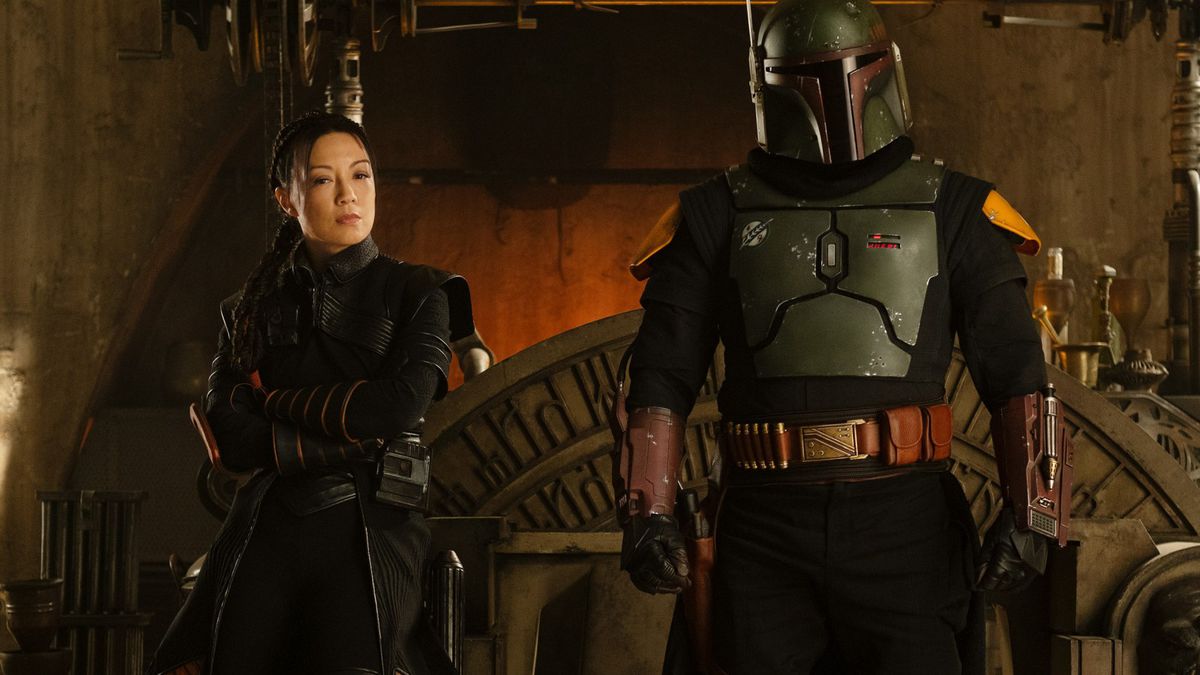 When The Mandalorian wrapped up its second season and shared the teaser for the The Book of Boba Fett, I was so pumped up. Considering I’ve enjoyed what Robert Rodriguez has brought to the table in the past (From Dusk Till Dawn, Planet Terror) and what Jon Favreau and Dave Filoni have accomplished with the most popular geek IP of all time, my expectations ran fairly high. This latest Disney+ addition to the Star Wars Universe has been on my radar for the last year.

Now that Boba’s solo joint is here.. it just hasn’t been great. The anticipated series definitely hasn’t been “bad” per se, but it definitely had a lot to live up to. Spoilers are here: you’ve been warned…

First, let’s start with the good. Temuera Morrison is so great in this series. Boba Fett is that character from the original trilogy that has always been one of mystery. All we knew from Empire and ROTJ is that Boba’s a bounty hunter working for Jabba. Considering he hunts down Han Solo, you just see him as another bad guy and don’t really feel anything when he is presumably killed. Sure, the prequels give you a better idea of his background as well as The Clone Wars, but Morrison does a wonderful job at making you feel something for this iconic character. He has a certain code of ethics that you can’t help but respect.

Another bright spot is Ming-Na Wen’s performance as Fennec Shand. She is a good counterpart to Morrison as the two play off each other well as a partnership. She is never afraid to speak her thoughts and share her opinions but will follow Fett’s lead without question when a decision has been made. Shand has been a total badass — a huge part of the show’s successes — yet she can be utilized even further.

Two main storylines have been established. The present story is how Fett must gain respect as the new Daimyo and hold onto the prize that was Jabba’s Empire. The second story is how he survived after falling into the Sarlacc pit– the far superior of the two (and LBH– this is the story everyone has wanted with Boba).

Taking place roughly 5 years in the past from the show’s present, we learn that after Mr. Fett manages to climb out of the pit (ironically the same way it’s described by Patton Oswalt in Parks & Rec back in 2013) Fett is left for dead, Jawas steal his Mandalorian armor and he is eventually captured by a group of Tusken Raiders. Initially he tries to escape. But after helping this particular tribe kill a creature that has been tormenting them (the apparent cousin of Mortal Kombat’s Goro), Boba eventually earns their trust and respect and returns willingly to their group.

It’s in these moments that we learn so much about Tusken culture–a refreshing new element to this universe. It’s also here that we get to see an emotional side to Fett, where Morrison shines. His Fett deals with triumphs but also losses which help shape the person he will choose to be in the future.

The present day storyline is where the first episodes have struggled. It feels… draggy. The concept of exploring the underworld of the Star Wars Universe is what had my attention, yet sadly hasn’t gone anywhere. The power struggle was apparent. We now know of The Mayor, who doesn’t see Fett as the legitimate successor to Jabba; he openly refuses to pay his tributes and also makes an assassination attempt in the first episode. The plot thickens in the second ep when two of Jabba’s cousins, known as The Twins, also make a claim to the territory.

The most recent episode is where I see some cracks starting to form. Fett deals with a water farmer who claims that since no one respects him, there is no rule of order akin to the previous Daimyos. As as result, a gang has been stealing his inventory. Fett looks into the issue and upon hearing the gang’s side of events, hires them as his crew and forces a compromise upon the farmer (since it was he who was taking advantage of a situation due to a lack of leadership).

There is again another failed assassination attempt, this time carried out by The Twins. They respond by apologizing and gifting Fett a Baby Rancor (no Baby Yoda, but a likelier better alternative to that recent Hasbro HasLab). The Twins rationalize this turn of events, explaining that they have also been lied to by The Mayor and encourage Fett to also leave Tatooine. Fett decides to confront the Mayor and sends his new crew after one of the henchmen. And it’s here where this episode derails. 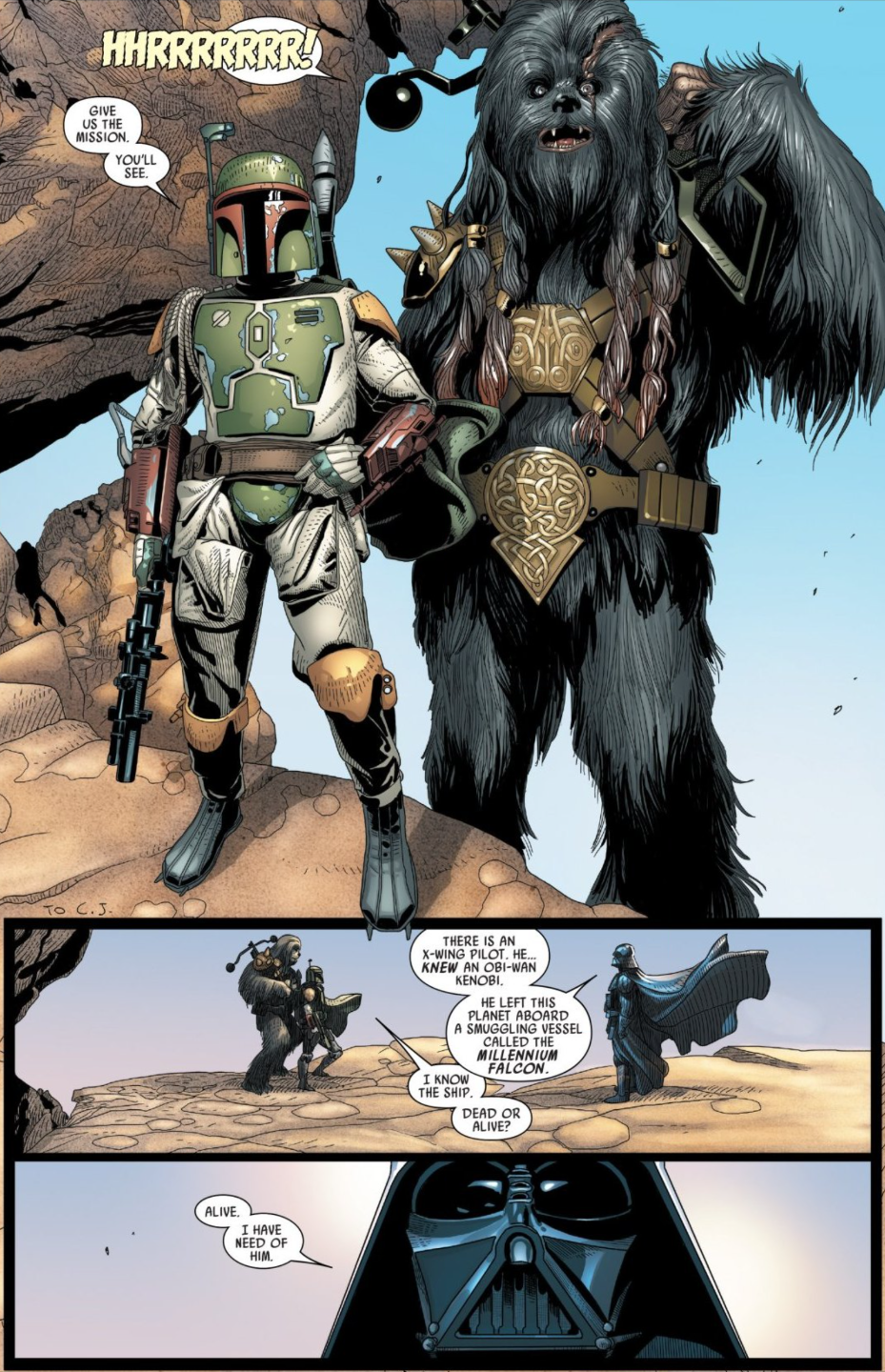 This particular “action” sequence was so slowly paced and corny, shocking for such an awesome action director of Rodriguez’ caliber. In a poorly put together chain of events, Fett’s crew comes off as a lame Power Rangers-meets-CW teen-beat biker gang. It all just felt like intensely lazy storytelling, possibly a result of Rodriguez’s take as Producer.

Also, why kill off the Tuskens? Despite perhaps for some purposeful character development, their build-up was by far the better of the two story arcs. Let’s hope for some tie-ins later that can provide some closure; otherwise, their end just diminishes what could have been an amazing story arc.

Ultimately, it’s still early on in the season. The Book of Boba Fett can certainly come back to deliver a strong bounty punch despite the bland first act. Here’s to hoping that the show’s future direction can redeem itself to the standards put in place via The Bad Batch and The Mandalorian.