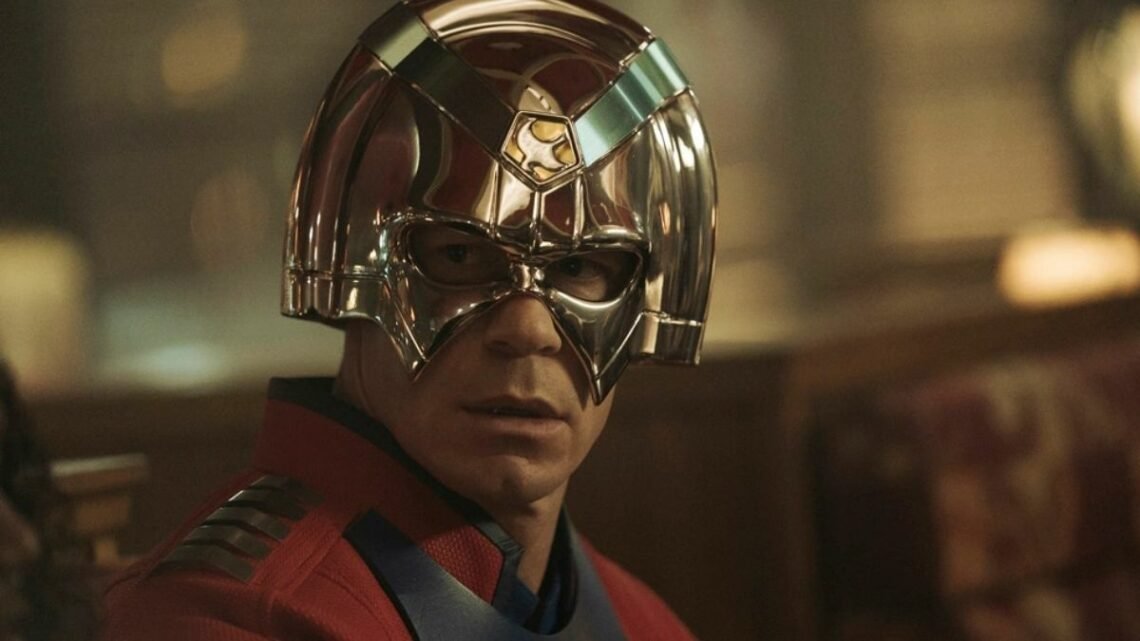 There is no need to begin with the premise that there would be no spoilers in this review. I mean, it would be hard pressed for anyone to believe that THE PLOT is the centerpiece point of Peacemaker. The ridiculously absurd is believable on this show, one with surprising heart and humor you can expect from James Gunn (not to mention the soundtrack)…

Peacemaker picks up from where Gunn’s The Suicide Squad film left off, focusing on John Cena’s character Christopher Smith, aka Peacemaker. Some of the cast from the film are in this series, Amanda Waller (Viola Davis), and John Economos (Steve Agee). With the four episodes released so far you can expect to exercise your “face muscles.”

The show takes this.. “Peacemaker” as the anti-hero, the lovable bad guy that does not think he is the bad guy. Peacemaker just wants peace, at whatever cost. This show also does a good job of bringing such a character to a place that elevates empathy and understanding with Chris Smith. Even still, I dare you to try and skip the intro to the show, that alone lets the audience know the level of absurdity this series is entering, and Eagly.

We pick right up directly after the fight between Rick Flag (Joel Kinnaman) and Peacemaker in The Suicide Squad. The audience introduces the characters that become Peacemaker’s A.R.G.U.S. team through all the missions dealing with “Project Butterfly,” not to be confused with “Project Starfish,” as the show establishes, Peacemaker has opinions on the way missions are named.

Here, we’re introduced to the DC character Vigilante (Freddie Stroma). Notably in this episode is the further delve into the DCU. Auggie has multiple helmets for his son and Batmite is canon, as Gunn even posted it on his IG. A great night turns botched, meta-assassination. On that note: watch that sonic boom.

Smith also begins to unravel his feelings on what it means to obtain peace and the lines that have been crossed. In this episode, Cena establishes that the action that is demanded is equaled with physical humor. There is a Charlie Chaplin element to the physical comedy that Cena implements and nearly perfects. 3.5/5

A character from the DC archive is introduced in the Judo Master (Nhut Le). The third episode does not slow down on adrenaline, either. Even though there is a great deal of patience in the story — with the team having to take a subtle and covert approach to some heavy issues pertaining to Senator Goff’s family — they are suspected butterflies. Peacemaker is charged with a job that created turmoil and introduced the audience to another layer of the character that compounds the character’s complexity; Smith can be okay with himself and how he will obtain peace.

This is also another funny episode, as Vigilante and Peacemaker establish the depths of their friendship and what it means to themselves and it works both comedic and meaningful. There seems to be no end the mix of action, comedy, and insight from Peacemaker. 4/5

Gunn really brings the heart to episode four. The team grows by officially adding Vigilante onto the roster with Murn, Harcourt, Economos, Odebayo, and Peacemaker. The team also grows by the character development in this episode. Harcourt is confronted with a vulnerable Peacemaker, Odebayo deals with the revelations of her position and actions and influence to the team, and Vigilante makes peace with Peacemaker’s callousness while accepting that Chase himself can affect Chris Smith’s life in a very proactive way.

Leota’s growth in the mission directly affects the episode and keeps the emotions in bay while escalating the plot. Harcourt is Harcourt, and Economos is tasked with the care of a beaten Judo Master. In each and every one of those instances, the episode keeps a steady pace with building the anxiousness of the developing plot. “The Choad..” also does well in bringing the humanity of the characters from a ridiculously acceptable unveiling. Definitely wait post-credits for the build-up of what is going to be a promising season. 4.5/5

The first four episodes ask the audience to take a ridiculous journey through the wells of the DCU. Keeping the story true; to action where it is adrenaline driven, stories and characters becoming canon, and the soundtrack. Peacemaker also brings the same energy with the soundtrack that Gunn is known for. But also, Eagly.