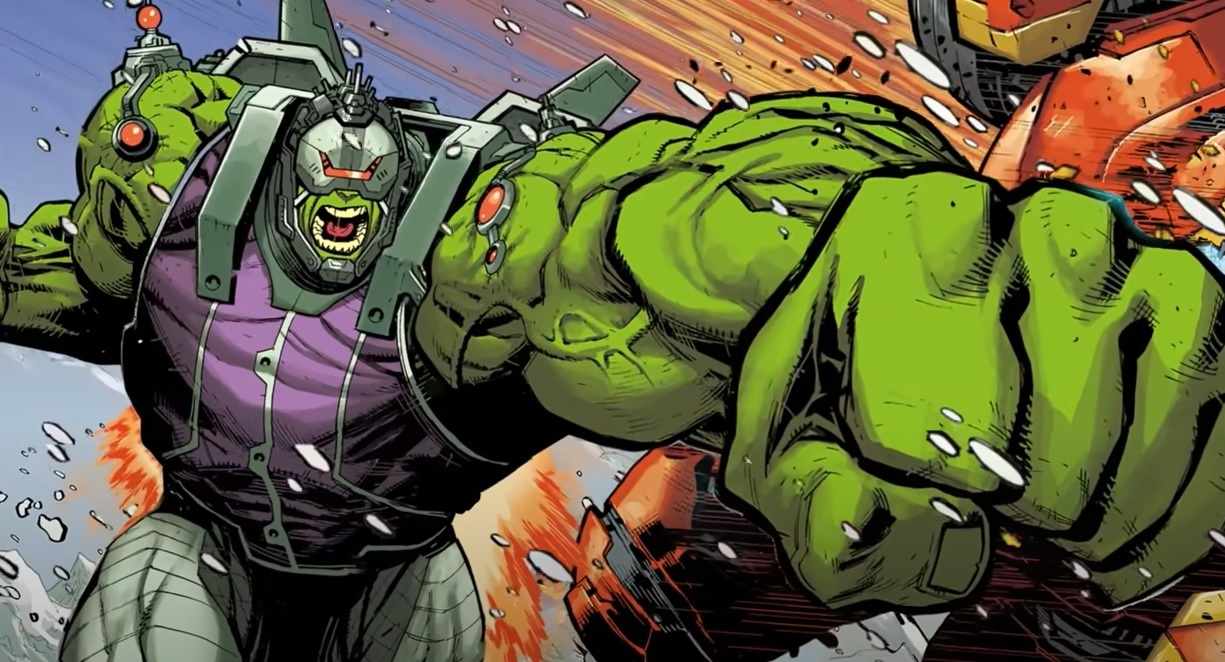 Taking more than a few cues from Animorphs and and other similar YA fantasy series, Planeta Blu: The Rise of Agoo is both refreshing and familiar enough to bring on a healthy, yet not overwhelming sense of nostalgia. Focused on a group of young teenagers led by Lares, her brother Angel, and three of their friends that have survived a sudden calamity that wiped out most human life on Earth, the series is a fantasy-driven adventure that touches on eco-politics and the price humanity must pay for the damage it has wrought to nature and the various forms of animal life on the planet.

While on a class trip, the small group of fends witness a devastating attack on humanity orchestrated by Zander, an evil industrialist who has uncovered the secret of Agoo, an ancient spirit that bonds all life on the planet. With less than a week to track down Zander and bring him to justice, Lares and her friends gain powers from their animal allies, and try to prove that humanity is a species worth saving. Creator Tem Blessed — a West African hip-hop artist whose work is often tinged with ideas of social and environmental justice — brings those same themes to this work. 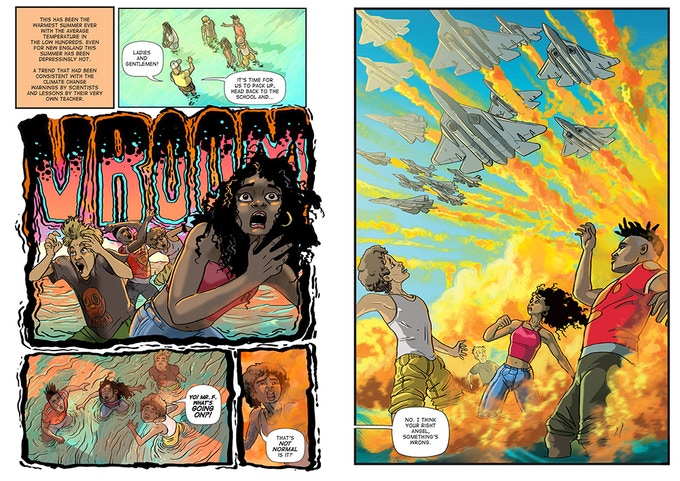 Artist Michael Lariccia has an eye for utilizing native African designs to a lot of the work here, allowing it to feel fresh, while forgoing the anthropomorphizing of the animal characters. Recounting some of the horrors at the hands of humans, Lariccia’s work held an added weight to how naturally the animal characters were rendered, which made it all that much more powerful.

The reader is thrown into the story rather abruptly, going from introducing the characters, to their teacher’s death, to travelling to the underwater city of Atalantis (NOT Atlantis) in the span of maybe 6 pages, it was a bit whiplash inducing. And while this story is aimed for a much younger audience, a lot of the dialogue — especially during the animals’ trial of humanity — is very dense and a bit verbose. It goes on a bit, and I can imagine some younger readers losing a bit of interest. 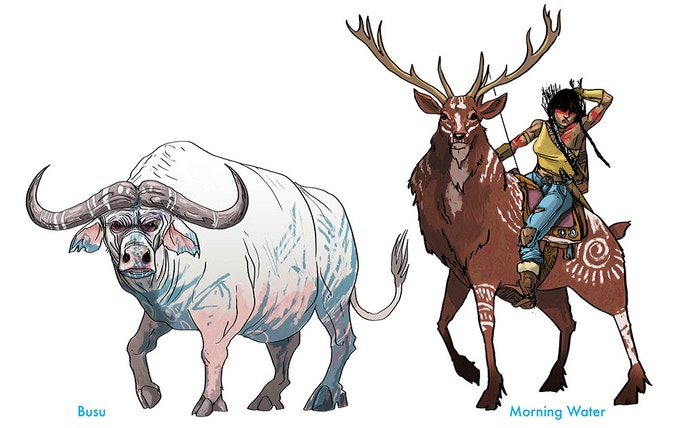 But that doesn’t take away from the story. While the “evil industrialist” villain angle seems a bit blasé, it was refreshing to have a diverse cast of characters, and Latino lead characters. With a pretty well balanced mix of fantasy, environmentalism, and action, Planeta Blu feels like it can fill the void left by Animorphs and Harry Potter. Having been successfully fully funded via Kickstarter, hopefully this series will find its audience. 3.75/5 Bibles.

So I have been a fan of Al Ewing since Ultimates. That really hooked me but I stepped off the ride during the end of the Incredible Hulk run around Samsquatch… (no spoilers for those who have not read the series entirely.) As a former theology student with a degree yada yada, my interest was piqued with the religious angle of Quippoth, on the flipside of the Tree of Life, land of the shells, and the Kabbalah, to Dante’s Inferno, Devil Hulk, and more. I went from buying issues, to reading digital, to browsing in the store. I scored that big “Alright, Already!!!!”! 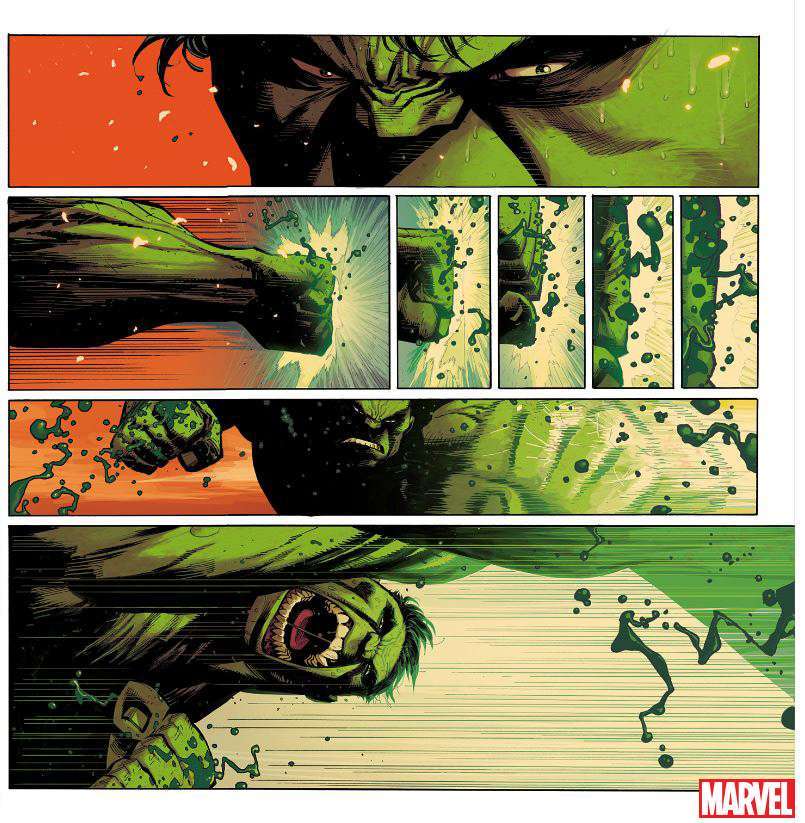 The Marvel Previews inside art sneak peaks actually turned me away from this book as we got to see a teched out Green Goliath. I was a fan of Ryan Ottley on Invincible. I’m happy to report that not an ounce of that visceral brutality is lost here. While I do remember some cool scenes from his Spider-Man run, it wasn’t this! I found myself saying “oh $hit” right before Tony Stark exclaims it in the very next panel.

Then there’s the writing by Donny Cates, who takes his foot off the metaphysical philosophical gas, rolls out that vehicle and hops into a…starship. Well it’s Donny…so SPACE! Donny also adds some much needed humor after the lauded “horror” run. It was a fast-paced read with the humor and the non stop action. Plus, I laughed out loud after reading Dr. Stephen Strange’s theory on the teched out Hulk. It’s a fun read and worth picking up. It’s a vibrant start to this exciting new series. 5/5 Bibles with 5 Whiskey Shot Chasers.