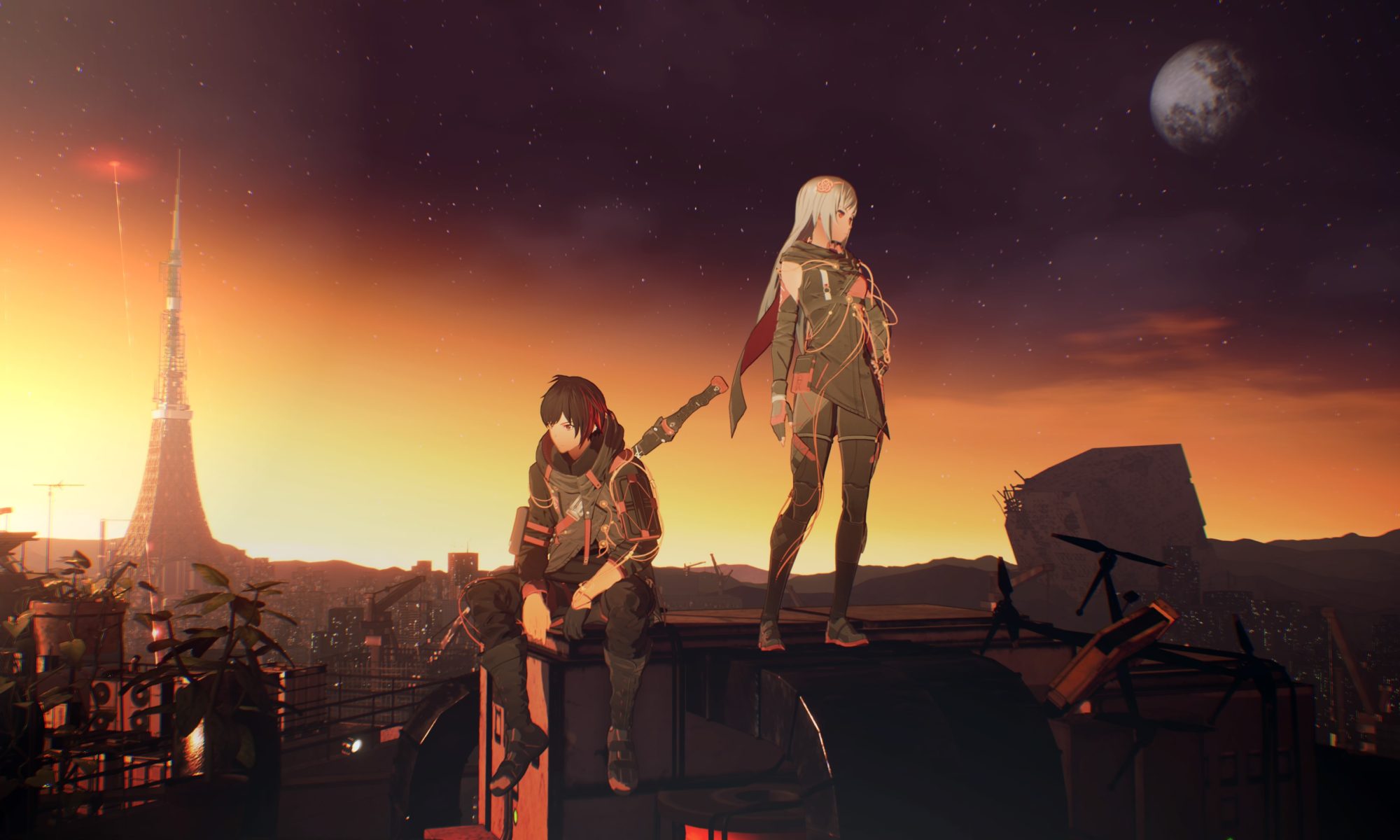 When it comes to anime-styled RPG’s, I often caution myself before diving in as many of them feel like slight remixes of other games within the genre. Yet, there was something that stood out to me about Scarlet Nexus. It looked like an RPG with silky smooth hack & slash combat and gave me vibes of Astral Chain, a game in which I adore. Scarlet Nexus wound up being a more unique experience than it presented itself to be, but I didn’t really see its charm until several hours into my first playthrough. Scarlet Nexus is more of a storybook game in manga style, with some amazing combat sprinkled in between.

Am I Playing A Manga?

Initially, I felt the manga-styled story telling was a lazy way for Bandai Namco to minimize resources by avoiding cool animated cutscene’s. The intro to Scarlet Nexus has amazing animation and I so desperately wanted that in cutscenes — a similar complaint had with Code Vein. As I progressed through the game, I realized that this way of storytelling is actually pretty creative and purposefully done. Yet despite becoming fond of the manga style for dialogue sequences, I didn’t like it as much for action scenes. I suppose I’ll have to wait for the Scarlet Nexus anime to get some well animated action.

You get a choice to play as one of two main protagonists, Yuito Sumeragi or Kasane Randall. Both of these characters have psychokinesis powers but their main weapon and background stories are different. Therefore, you’ll get a different perspective and story arc playing through the game as each character. Even though the ending is the same regardless of the character you pick, I think it’s worth playing twice to understands the full picture and get the most out of the game. You’re not forced to play as one specific character, but I do recommend playing as Yuito first because his story arc does a lot more explaining of the complex systems going on in this world. Plus, Yuito’s combat style is also more traditional as he wields a sword, versus Kasane who wields throwing knives.

Kasane and Yuito live in a world where humanity has developed psionic powers, but a mysterious threat called “Others” feast on human brains. A defense unit called OSF (Other Suppression Force) is deployed to save humanity from this threat. Kasane, Yuito, and other animu character’s you bond with join the OSF and use their powers to save humanity. You’ll spend most of the game listening to dialogue in a manga-styled form. You’ll get to know other members of the OSF, learn about the origin of the “Others”, question the legitimacy of the government and other organizations, and explore your own purpose in this world.

The beginning of the game is overloaded with information because there are so many characters and the world building is pretty complex. Some dramatic moments in the earlier half of the game felt less impactful because of how little you got to know the characters at that point.  The information overload is overwhelming at first and I truly didn’t wrap my head around everyone and everything until my second playthrough as Yuito.

Once I overcame being overwhelmed with the story, I appreciated the complexity. My imagination began to wander into how things will unfold. Scarlet Nexus falls into the common theme of 2021 where many forms of media are leaning into time and space travel (e.g., Ratchet & Clank Rift Apart, Deathloop, Loki, WandaVision, Returnal). The time travel didn’t get as out-of-hand as I imagined, although I wonder if the anime or a sequel will explore some of the complexities of the world more deeply. I’m definitely into the world created in Scarlet Nexus.

There’s also a text message system called brain messages where you can chat with characters and activate some bond episodes. The idea of getting a text from someone that transmitted directly through the brain is a freaky and cool concept. However, this system felt very redundant next to the dense dialogue. It’s basically characters repeating what just happened during your bond episode or your last mission. This was only initially helpful to refresh my memory of all the information being passed along, but eventually felt like a nuisance to get through.

You can max out bond levels by completing these episodes and giving character’s gifts. Every gift you give to a character is displayed in their section of the hideout. If you max out your bond with all characters, the hideout will have so much life and cool things to look at. You can reach max bond with every single character, so you won’t have that special waifu or husbando.

While it’s a nice change of pace spending time with these characters in the hideout after a mission, sometimes the bond episodes felt tonally disconnected to the bigger story. For example, there may be a moment where a character dies and everyone is sad, but then immediately after that mission you to hang out with another character in your hideout and talk about their crush.

We Bond, We Fight

Similar to games like Persona or Fire Emblem, bonding with these characters increases battle efficiency. You’re connected to these characters through a system called SAS (Struggle Arms System), where you can activate their psionic powers in battle. Each character’s ability is mapped to the main buttons and you can modify it to your liking. You can even upgrade your brain map (skill tree) to activate multiple SAS powers at once. I loved applying a pyrokinetic (fire) or electrokinetic (lightening) abilities to my weapon, then slowing down time with Hypervelocity to maximize damage. There are so many different SAS combinations that will make combat feel satisfying and refreshing. In the first half of the game you’ll have limited party members, but toward the end you’ll have so many powers to switch in between. As you increase bonds with characters, you can activate the SAS for longer and unlock special attacks.

As Yuito or Kasane, you’ll be using your psychokinetic abilities to hurl objects across the room and across an enemy’s face by holding down the triggers. Scarlet Nexus is just a reminder that psychokinetic powers are super fun in games, just as they were in Control or Bioshock. You do have an energy bar limiting how much you can use your ability, so when you’re not using psychokinesis, you will be hacking and slashing with your weapon. As Kasane and Yuito become more seasoned with their psychokensis, they learn an ability called Brain Drive that decreases SAS cooldown time and using psychokinesis requires less energy. Then, they unlock Brain Field that provides unrestricted psychokinesis and attacks are stronger. You can only use Brain Field for a limited amount of time before your character dies, but there are entire skill tree’s dedicated to Brain Drive, Brain Field, SAS, and melee attacks to make them more effective.

Initially, I was annoyed that the dodge roll didn’t feel as responsive as I wanted. Then I realized I could activate teleportation with Luka to avoid a lot of attacks or equip a battle plug in to improve evade. Often times my frustration was linked to my lack of understanding of the intricate combat systems in place. The dance between hacking, slashing, dodging, throwing objects, and activating SAS is extremely satisfying.

When It Looks Weird, Just Call It “Other”

These “Others” you fight are extremely weird looking. Try to imagine a creature that looks like a horse/tree thing with a water wheel face. Now imagine a bouquet of flowers wearing a corset and high heels. Yep, that weird. There is an explanation for the appearance of the “Others”, but either way I have to give credit to an eccentric enemy design. Each “Other” has a brain hidden in various places, so you’ll have to hit the weakness before you can perform a brain crush for the kill. Some “Others” have their weak points shielded and others (hah) requires more sophisticated ways to be killed. For example, there are “Others” who will hide in an invulnerable shell, so you’ll need to activate Kagoro’s Invisibility SAS to get them out of their shell to do damage.

Initially, I was annoyed that my hacking and slashing felt ineffective and I was constantly on the ground due to negative status effects, but later I discovered some of these enemies are supposed to be approached like a puzzle. This is where the combat feels unique to typical action RPGs with hack and slash combat. Your enemies are puzzles to be solved using SAS powers, so don’t get too comfortable using your silky-smooth weapons slashes.

Most RPG’s fall into the camp of having a lot of grinding and fetch quests. I was relieved to see that the side missions in Scarlet Nexus simply involved defeating a specific enemy in a specific way. You could tackle these as you go through main missions and it felt good to not go out of my way too much. These side quests reward you with various battle items, upgrades, cosmetic accessories, or gifts for your party. The main menu conveniently includes a bestiary informing you of enemy locations and what items they drop. I rarely spent any money in this game because I had a lot of enemy item drops to exchange for what I needed. The only grinding included completing the entire brain map skill tree for the platinum, but once again, optional. If a game doesn’t have endgame content, it would be nice to allow everything to be fully upgraded naturally through progression, to enjoy being beefed up before putting the game down for good.

I made mention of many things that initially turned me off about Scarlet Nexus but later grew on me. One thing that stood out as a strength from the minute I booted the game is the soundtrack. I was impressed with the variety of EDM, rock, pop, mixed with turntable scratching and traditional Japanese flute to fit the tone in the game.

The music was more effective in demonstrating the atmosphere of the New Himuka neopunk city than the visual environment. The levels are all linear, which I don’t mind at all but none of them were particularly interesting to explore because they lacked detail. These environments reminded me of Code Vein, bland and linear. 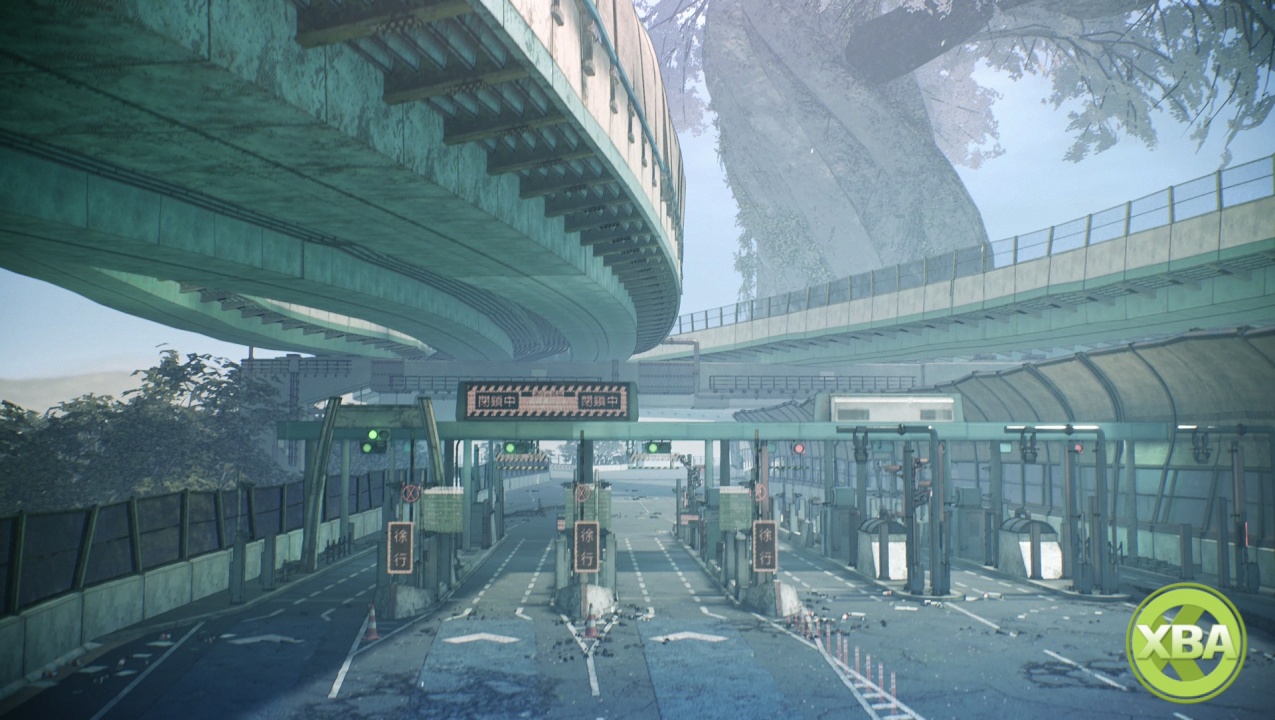 What Code Vein did excel in, that Scarlet Nexus would’ve benefitted from adopting is cute accessories for Kasane, Yuito, and all of the other OSF members in your party. You buy or exchange to obtain various accessories like horns, bird tails, baki (cute plush thing AKA merch opportunity) hair clips or backpacks, cat ears, and more. I didn’t find any of the alternative outfits or accessories to be as cool as the original set, though that didn’t at all take away from me enjoying the game. It’s a cool little option and if you put a baki hairclip on Yuito, you won’t regret it.

The Manga Game Is Good

If you are a fan of anime-styled action RPG’s, you’ll absolutely adore the Brain Punk RPG elements in Scarlet Nexus. If you’re picky like me, I still think this is a good pick up. I enjoyed learning more Yuito, Kasane, and the other OSF members. I was constantly questioning the cause of this apocalyptic world and how the New Himuka’s politics played a role in addressing it. There are so many layers to the combat and story that feel unique enough to set it apart from other action RPG’s. Just keep in mind, you’ll spend more time in heavy dialogue than in combat, which is a bit of a shame because the combat is so good. 3.25/5 Whiskeys.