Welcome to another installment of GHG’s Top “Geek” Movies of the Year! All the following lists take a look at our favorite superhero, sci-fi, fantasy, horror and geek-related (kinda, sorta, maybe.. we tried!) flicks of 2020– which few movies that did release, anyway!

1. Possessor (Amazon Prime) – Takes a simple hitman concept and adds a sci-fi body horror twist to it. The film (check out the full review here) is an unraveling of the mind that vigorously rips its on-screen characters from reality layer by layer. Brandon Cronenberg has created a vividly surreal horror film that titillates as often as it terrifies.” – 5/5

2. Soul (Disney+) – “Soul has meaning and purpose in its message. It leaves the viewer contemplating their own life, what their beliefs are, and what in their life is equivalent to jazz for Joe. The movie (to which you can read my full review right here) is an inspirational, laugh out loud funny, and purely joyous piece of entertainment for all ages that spans beyond our existential plane. It’s the rare type of meaningful and heartfelt film, animated or otherwise, that sparks creativity and emotion in its audience that leaves audiences feeling more alive than before they watched the film.” – 4.5/5

3. The Wolf of Snow Hollow (Amazon Prime) – The combination of comedy and horror is nothing new, but it doesn’t always work. Jim Cummings makes those two aspects gel so well that you kind of forget about people being mauled to death in the snow by a werewolf. This film has my favorite scene from any film in 2020 and it lasts all of three seconds: After the werewolf rips off a female snowboarder’s arm, she attempts to crawl away while screaming in agony. The beast nearly stands up from a crouching position. It’s a wide angle shot, there’s the contrast of dark red blood with the bright white of the snow on the ground, and snow falls from the night sky as if it’s slowly crumbling away because this gruesome beast is so imposing. The Wolf of Snow Hollow is bloody, hilarious, mysterious, and it features the last performance of Robert Forster before his passing. – 4/5

1. Phineas & Ferb – The Movie: Candace Against the Universe (Disney +) – Now hear me out for a minute: This film was way better than it needed to be. PAFTMCATU is a true love letter to this plucky Disney cartoon series that ran for over 100 episodes about two brothers just having one hell of a Summer Vacation. When their sister Candace is abducted by aliens, P & F do everything in their power to get her back. Is it an original idea? Nope. But they nail it. The movie is filled within quirky jokes, sight gags, Easter eggs, catchy songs and, surprisingly, it’s filled with a lot of heart. If this is truly the last we’ll see of this gang, it’s a hell of a send off. – 5/5

2. Palm Springs (HULU) – Stuck at a wedding in Palm Springs, Andy Samberg meets the maid of honor — and black sheep of the family — played by the always lovely Cristin Milioti. He saves her from a terrible wedding toast and she’s drawn to his offbeat charm. They go to the desert and that’s when things get really strange. It’s 50 First Dates meets Groundhog’s Day wrapped in nihilistic love story, a very solid 90-minute date nite film
for those “who’ve seen everything.” – 4/5

3. The Rental (Amazon Prime) – Two couples try to have a celebratory weekend at a rental house. But things turn sinister rather quickly as they believe their host is spying on them. First time director Dave Franco writes and leads a strong cast — including his wife Alison Brie — into a very modern horror suspense film. As brutal as if it smart and mean. This updated take on the old “summer camp slasher” genre delivers on its promise and its premise. – 3.75/5

1. Soul (Disney+) – Living up to its title, Disney/Pixar’s latest has a lot going for it, and is one of the studio’s more cerebral outings, and it was surprising to see how well New York City was rendered, right down to the 7 train. Beautifully rendered, smart as hell, and with a gorgeous score by Trent Reznor/Atticus Ross that is a natural extension of the surprise spring release of Nine Inch Nails” Ghosts IV: Locusts/Ghosts V: Together, Soul stars Jamie Foxx as a jazz teacher who learns too late that having a dream and living a dream sometimes aren’t the same thing, and sometimes that’s okay. – 4.75/5

2. Harley Quinn: Birds Of Prey (Warner Bros.) – This was the last movie I watched in theaters before theatres were shut down due to COVID, and it could not have been a better, more fitting ending. Anarchic, ultra-violent, and with a feminist edge that was neither trite, nor overbearing, this was one of the most purely fun times I’ve had at a DCEU movie. Director Cathy Yan knocked it out of the park, and you also get to see your boy Moody in a few scenes as well! – 4.5/5

3. Bill And Ted Face The Music (MGM Studios) – Look. If this had not been released at the same time as New York’s COVID lockdown, this would not have hit as hard as it did. As it stands, this tale of San Dimas’ duo slackers could not have come at a better time when optimism was sorely needed and with a message I can certainly get behind: sometimes the best we can do to save the world is step back and play back-up. A movie that hit so hard, I reviewed it here. – 3.5/5

1. Da 5 Bloods (Netflix) – Director Spike Lee with Netflix puts out a powerful film about Vietnam Veterans that return to the site of war for a treasure that they had left behind years ago with the body of their fallen leader. The film stars Chadwick Boseman with a deep performance that is almost reflective in how as viewers we can only enjoy his films, as flashbacks. Also stars some favorites from The Wire with Isiah Whitlock Jr. and Clark Peters. This film is about veterans, and it is cast with actors that are seasoned. There is nothing about this film that doesn’t immerse the viewer into the compelling story. It is an intense film and incredibly deep. Da 5 Bloods is rich in scope and is the easy for number one, with a bullet. – 4.5/5

2. Palm Springs (Hulu) – Screenplay by Andy Siara and directed by Max Barbakow was a welcome refreshment to cool off from the casualty of 2020. I personally have not been a fan of the rom-com genre since the late 90’s. This film turned that around last year with the cast of: Andy Samdberg, Cristin Milioti, Camila Mendes, Tyler Hoechlin, Peter Gallagher and J.K. Simmons. Pretty much a cornucopia of geekdom wrapped in one film. Thing is, rom-coms tend to follow a very basic formula. Palm Springs stands out because it is genuinely a romantic comedy and it is funny. There are elements to science fiction with more than just a few chuckles, but laughter. There is time travel, and the search for connection. Even a cynic like myself can enjoy this “rom-com.” – 4/5

3. Borat Subsequent Moviefilm (Amazon Prime) – Directed by Jason Woliner, this film picks up with Sacha Baron Cohen reprising his role as Borat after being released from jail in 2020 hoping to become the prestige he once enjoyed in Kazakhstan. With Cohen, Maria Baklova is Borat’s daughter, alongside Tom Hanks, and you should be up to date on what this guy did; Rudy Guiliani (amongst others). Borat’s climb to redemption in this Amazon Prime Original is a transparent look inwards on how America’s politics are running. It also does not matter where you stand on the political spectrum, it is just damn funny satire and it has the audacity to play with the viewers. – 4/5

1. Justice League Dark: Apokolips War (Blu Ray) – All good things must come an end and the end of the DCAU came to a brutal conclusion in JLD: Apokolips War — to which I reviewed here. While saddened to see that universe put to rest, we did get an even more brutal ending than either Infinity War or Endgame. I will miss the voice actors, but let’s see what the next iteration brings us. – 4.5/5

2. Soul (Disney+) – Yes, Pixar’s latest just came out but that doesn’t matter. Pixar just has a way of touching your soul and leaving you walk out (of the living room) with a smile. Foxx and Tina Fey lead a phenomenal voice acting group and really bounce each other well. – 4.5/5

3. The Trial of the Chicago 7 (Netflix) – Is this a geek film? Not in the slightest, and I possibly could have slipped The Old Guard into this spot (seriously, watch that film) but I’m a huge Aaron Sorkin fan and this movie was him at his finest. His writing and directing is sharp and doesn’t fall into his old trope of making a fantasy out of nothing. Each of his projects is, however, a love letter to whatever he is writing about and this one is about protestors and when the cause of just, protesting is as American as apple pie. – 4.5/5

1. Tenet (Warner Bros.) – With the year-long shutdown in Los Angeles due to the never-ending coronavirus, I still have yet to watch Christopher Nolan‘s latest. But! I did get to work on the film as a soldier, was set up in a nice Marriot Suite for our Palm Desert shoot (complete with a pool, a gym, free continental breakfast and a short ride to Palm Springs and Joshua Tree), and subsequently wound up with all grins when those checks rolled in, hitting the ever elusive “golden hour” (aka 16+ hours/day) over six times in the 3 weeks worked on the project. So, it doesn’t matter if this is Nolan’s worst movie ever, or that I’m still waiting for it to hit HBO Max, because now this tenant lives in a nice new posh apartment in the valley. Thanks, Chris. – 50/5

1. Harley Quinn: Birds of Prey (WB) – Another movie I got to work on (you get to briefly see your boy as a nerve-wracked Gotham detective not named Bruce), but one I actually saw in the theater — the only non-4DX movie I remember seeing lastr year in that all but extinct homebase for modern cinema — and thoroughly enjoyed. While this “Fabulous Emancipation” didn’t break do a lick at the B.O., it certainly didn’t hurt my viewing experience going on Valentine’s Day with a hot Russian gal who resembled Margot. – 4.25/5

2. My Hero Academia: Heroes Rising (Funimation/4DX) – With the impressive slice of life focus on the U.A. class’ surplus of students, many hilarious exchanges, fantastic visuals, enjoyable score and a ultra convenient but fun story fit for a one-shot at the movie theater, Heroes Rising was the perfect way to say goodbye to the 4DX cinematic format. For now. *insert hands praying emoji* – 4/5

3. Wonder Woman 1984 (HBO Max) – Your worst movie of the year wound up one of my favorites. Sure, this spot or higher likely would’ve been served to Black Widow and WW84‘s jarring tonal shift may not have been globally welcome. Oh, you’ll likely not stream this sequel as many times as Patty Jenkins‘ first WW flick, but even so, it was the esteem/spirit-uplifting/dream-desiring movie needed to cap off the Worst Year Ever. Gal Gadot is simply wonderful in her role as Diana Prince (for most of the movie), Chris Pine rules, and we def needed more of Barbara Minerva (Kristen Wiig is great, but the execution of her motivations wasn’t perfect). The villain’s — and the movie’s — endgame def also felt rushed; but since this movie made me cry like a baby on Christmas, all the feels pulsing through my Sony LED overcome any criticism I used up on everything fucking else in the past year. #sorrynotsorry – 3.75/5 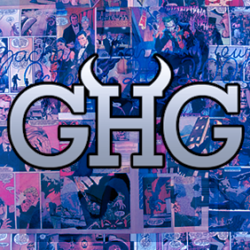