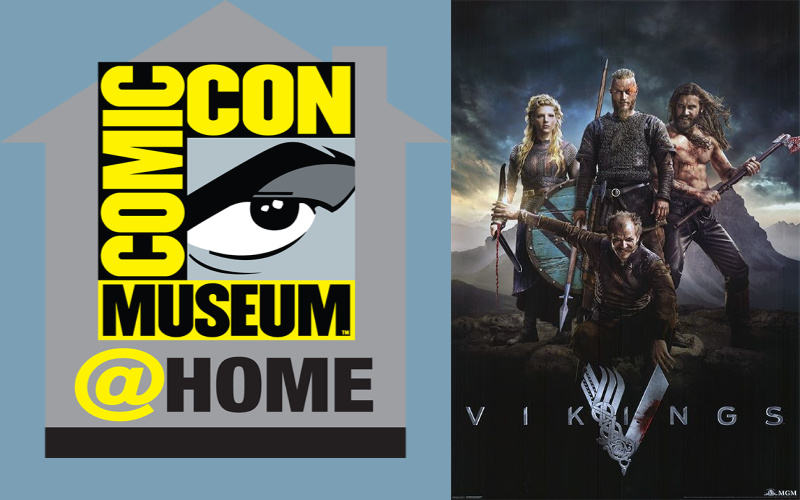 “My Death Comes Without Apology, and I Welcome the Valkyries, to Summon me Home”

Ragnar’s last words, and coincidentally extremely apt for this show, as it is coming to an end sometime this year with part two of its sixth season. Some argue the show died with Travis Fimmel’s Ragnar, and I happen to agree for the most part. In my eyes it’s gone largely downhill since; it’s been a longship without any wind to speed it along on its course. That’s not to say that there haven’t been incredible moments and performances along the way, no–there have been plenty of those.

This panel in large part brings back the main members we grew to know and love, Fimmel, Kathrine Winnick, Alexander Ludwig, Clive Standen, Jordan Patrick Smith, and writer/show runner Michael Hurst. They laugh, they reminisce, they give a little inside behind the scenes information that was very enjoyable for any fan of the show, be the early adopters that have fallen out of love with it, or true blue Moody fans that have stuck with it through thick and thin. Ludwig even at one point drops an assumed major spoiler, but it was bleeped out (damn I wish these were live. Fuck you COVID). The biggest point for me, however was when Hurst went over the massive risk it was to kill the main character off when he did.

Ragnar was the heart and soul of the show, the foundation from which all plot and character of the show was built upon. While, generally speaking, this is something that can be pulled off with great success (see; Ned Stark in Game of Thrones). The character can be killed and not have it wreck the show, in this instance I just don’t feel they pulled it off as effectively as they could have. I do, however admire the risk. I admire what Michael Hurst set out to do, and I don’t blame him or anyone really. Television far too often gets stale and predictable. No risks are really taken anymore. Ragnar’s death was so well done that it would be tough for anything to follow, and I think that contributes to my perceived decline of the show. Hursts decision was unapologetic, and he stuck to it. For that he gets an upvote in my book.

The show will indeed be coming to an end. All fates will be decided. It is in the hands of the gods now. Looking back on six seasons I can’t really reconcile my true feelings, even now. Vikings has been such an integral part of my being, and while we haven’t always been good to each other, the love will always be there. After watching this panel, I am absolutely certain of a couple things. Travis Fimmel is an incredible actor and I don’t know why he doesn’t do more, Alexander Ludwig is essentially a giant Tom Holland, the show and it’s crew deserve far more credit than I’ve ever given them, and finally, I will be suiting up, grabbing the sword, the shield, and the axe, and hopping in the longship with them on this final trip, destination: Valhalla. 3.5/5 Bibles.