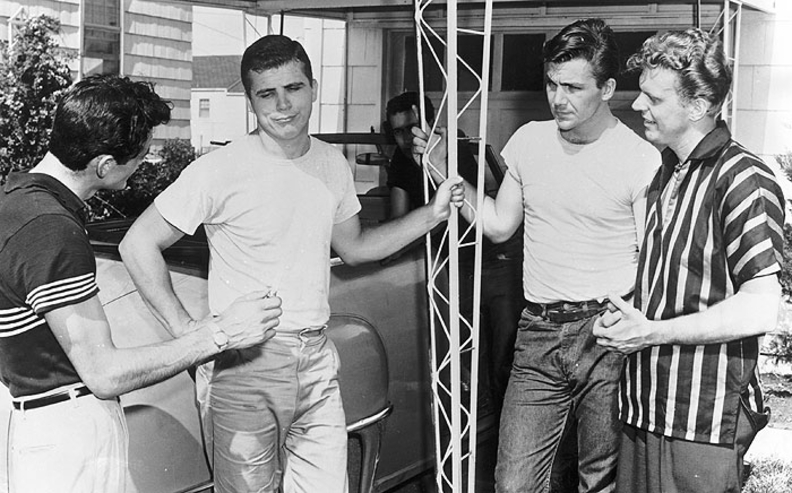 Hey! Nothing new but work and church, citizens of the GHGverse? Well that’s not the case over here at Church of Cool Laboratories, where, once again, some of the sharpest geek minds in geekology come geekily together in all of their geekhood to study geekfully, and give careful, geekcentric geeknalysis to all the geekmenities you crave. 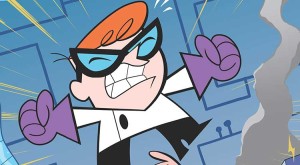 So, sit back, relax, and get dark with  The Goddamn Wu and her featured review of Image Comics’ The Fade Out #1; then join the team with “Heirophant” Luke while he reviews Valiant Comics’ The Delinquents #1; next, suit up with Batman & Robin & Father Joe for DC’s New 52 Batman & Robin Issue #34; and, finally, share a playdate with Minister Gabe when he waxes nostalgic with IDW’s Little Nemo: Return to Slumberland…

Ed Brubaker (Uncanny X-Men, Gotham Central, Sleeper) and Sean Phillips (Hellblazer) team up once again, after Incognito and Criminal, to bring us The Fade Out #1, a captivating, Hollywood mystery noir. This old-school duo takes readers back to a time during the late 1940’s when Communism was a terrible scare and nonchalant sexism and racism were the norms.

The setup of the first issue looks like a playbill, with a whole page devoted to main characters and their descriptions. As you flip pages to begin reading, you find ‘Screenwriter, Part time Reprobate,’ Charlie Parish, in a suit, laying unconscious in a bath tub, after blacking out at a ‘Wild Party’ (the name of the chapter). He wakes up only to discover the dead body of Valeria Sommers, an up-and-coming starlet.  The entire scene clearly points to murder, as you see her torn dress and stockings pulled down and ripped. As more and more information is revealed through this seamless introduction to the cast of characters, you’re also shown how they each tie into the mystery of Sommers’ death, which will later [SPOILER!] be made to look like a suicide.

Even without Phillips’ intense and detailed artwork, the rapid-paced dialogue exchanges, phrasing, and word choices are enough to transport you into the world of The Fade Out. Keep your eyes out for the next issue, GHGers.

Valiant Comics teams up its two buddy books — Archer & Armstrong and Quantum & Woody — and pits them against each other in a race across the U.S. to find the fabled ‘Hobo Treasure.’

“Seems like a weird premise,” I can hear some of you say. Well, what if I told you Q&W, trying their luck at bounty hunting, have those services engaged by the (presumably evil) genetics firm, Mondostano, to track the clues to said treasure on a half-a-tattooed butt-map, whilst, unbeknownst to them, the other half is in Armstrong’s knapsack of keepsakes? Still not convinced? OK, well, I tried to help. I really did.

What Fred Van Lente (Incredible Hercules, Power Man & Iron Fist) and James Asmus (Thief of Thieves) have cooked up here is so good, I don’t know why any other comics bothered releasing themselves this week.

The back-and-forth between squabbling adoptive brothers, Quantum and Woody, has the lightning-fast pace of a Howard Hawks-era screwball comedy, but the modern tone of a Kevin Smith film. The Archer & Armstrong portion of the book doesn’t fail to disappoint either, with pie-theft, a drunk dog, and a bar fight, not to mention Armstrong’s understanding of hobo hieroglyphics, which will no-doubt come in handy. Newcomer artist, Kano (Immortal Iron Fist), ably and boldly fleshes out this ludicrous tale with eye-catching panels and cartoonish comedic timing; his lines are reminiscent of Vertigo alumni, Richard Case (Doom Patrol), and the muted color palette and inking bringing to mind David Aja’s stellar work on Hawkeye.

Once again, Valiant seems to be gleefully reminding everyone why comics are fun, and what made them so popular in the first place. If you only buy one comic this week, make it this one, because that’s what I’m doing and I’d really like more people to talk to in life. Thank you in advance. 4.5/5 Brother’s Keepers.

DISCLAIMER: before you read this, OR issue #34, FIRST read #33, because that bat-shit is getting REAL.

This latest issue of Batman & Robin ain’t nothing but some Bat-calm before the Bat-storm. What I wanna say first, though, is this: mad respect to Peter Tomasi (Green Lantern Corps, Brightest Day), who had to take up the ‘ole cape ’n cowl,’ asitwere, from original of originals, Grant Morrison (Batman Inc., Batman R.I.P.).

Tomasi, and artist, Patrick Gleason (GLC), have spent the last few years juggling LOTS of variant elements from recent, and forgone, story arcs, and I think it’s all Bat-tastic. That being said, if you haven’t kept up, don’t bother with this review here, just go out and hit the shelves, pick yourself up a trade, because it’s just too much to get into in a single paragraph review. But, if you are a devotee, and on the prowl for this next issue, suffice it to say #33’s cliffhanger set the Bat-stage for some serious Bat-drama.

Bruce Wayne has re-assembled his Bat-team — Red Robin, Red Hood, and Batgirl — for a little tough love, and after a lot of references to past New 52 stuff, the discussion turns to peanut butter sandwiches. Wayne charges this trio of Bat-asses to protect Gotham in his ‘absence,’ when he goes all kamikaze and returns to Apokolips to recover the dead body of his son, Damien. Lest you feel a little shortchanged by the expository functionality of this Bat-narrative, I’ll direct you to the last few panels, where Wayne, outfitted as Hellbat, makes loose alliance with the greatest criminal mind of all time, Lex Luthor, before LITERALLY flying into a LITERAL sunset. 3.5/5 Bat-Bibles.

Little Nemo: Return to Slumberland is the most adorable story you’ll ever read… about child-abduction.

The plot is basic: the young Princess of Slumberland needs a playmate, but she only wants unfortunately named, Nemo. So then, the entire book is about Nemo going to Slumberland, whether he wants to.

Joking aside, Gabriel Rodriguez‘s (Locke & Key) art is meticulous and beautiful here. His grasp on perspective is phenomenal, and every page looks like it took months to draw. It takes several read-throughs to really appreciate the architecture and design of the ever-changing world of ‘Slumberland,’ but it helps that writer Eric Shanower‘s (Oz series, Age of Bronze) story mirrors the original narrative well, with all the same dated dialogue, when characters exclaim every thought that crosses their mind with all the gusto of a hammy thespian. That may sound like a jab at Shan‘s writing, but for the whimsical, surreal atmosphere of this all-ages book, it’s a breath of fresh, nostalgia-filled air.

This will be a great gateway book to get a young audience into the kind of comics that aren’t all murder and mayhem. And it’s also great for older audiences who may remember, or were even fans of, the original, which came out literally the same year Einstein published E=mc2 (No joke! 1905! Seriously! Look it up!). The only drawback is that it could fall short with the gaping demographic between those two groups. Definitely a niche comic. 3.75/5 Bibles.