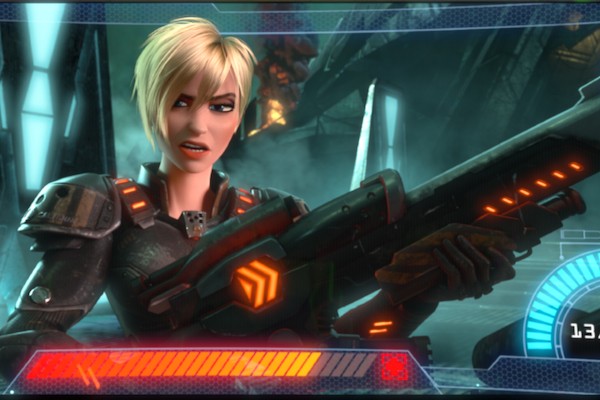 We thank Peter Jackson for giving up on the Halo film, for Tomb Raider, Street Fighter, Doom, and Super Mario Bros. were iconic video games that become iconic film disasters.

Yet this.. is perhaps what makes Disney’s latest anime entree, Wreck-It-Ralph, so appetizing.

In addition to stellar voice-acting from John C. Reilly and Sarah Silverman (indeed one of her finest voiceover moments), the film takes shadowy jabs at the game-to-Hollywood biz without becoming too spoofy. Wreck-It-Ralph thankfully has its own story, centering on an image-building behemoth named Ralph who’s known more for his building Rampage (see what I did there?). He’s tired of the little cheeseball in the overalls scoring all the points, of those winning all the medals and of all the 9-years old nerds smiling their quarters away at his expense.

In short, he’s large, scary, and a complete loser.

Add in the ever-hilarious “AA”-style meeting between the gaming industry’s most popular villains — Bowser, M. Bison, uh, Clyde (bet you never knew the orange ghost from Pac-Man’s name, now, did ya?), etc. — and Ralph becomes an easily likable, albeit highly empathizing character.

We choose to like Ralph because no one else does.

Cue Silverman’s Vennelope, a Mario Kart-meets-Japanime inspiration full of brat, spunk and naivety who plays as the gaming film’s “glitch”. When she takes a liking (as in roasting) of Ralph, the two conspire how just how to become the hero.

Surely, a good lot of us have wondered what it would be like to throw a Mario into a world of, say, Mass Effect — and Wreck-It-Ralph couldn’t have imagined this strange scenario any brighter.

This Disney flick also packs more laughs than their most recent solid efforts, Brave and Frankenweenie, in addition to carrying some of the best audio visualization of any animated film. The arcade sound effects will instantly charm viewers in their 30s and up. Of course, the kids will love Ralph too.