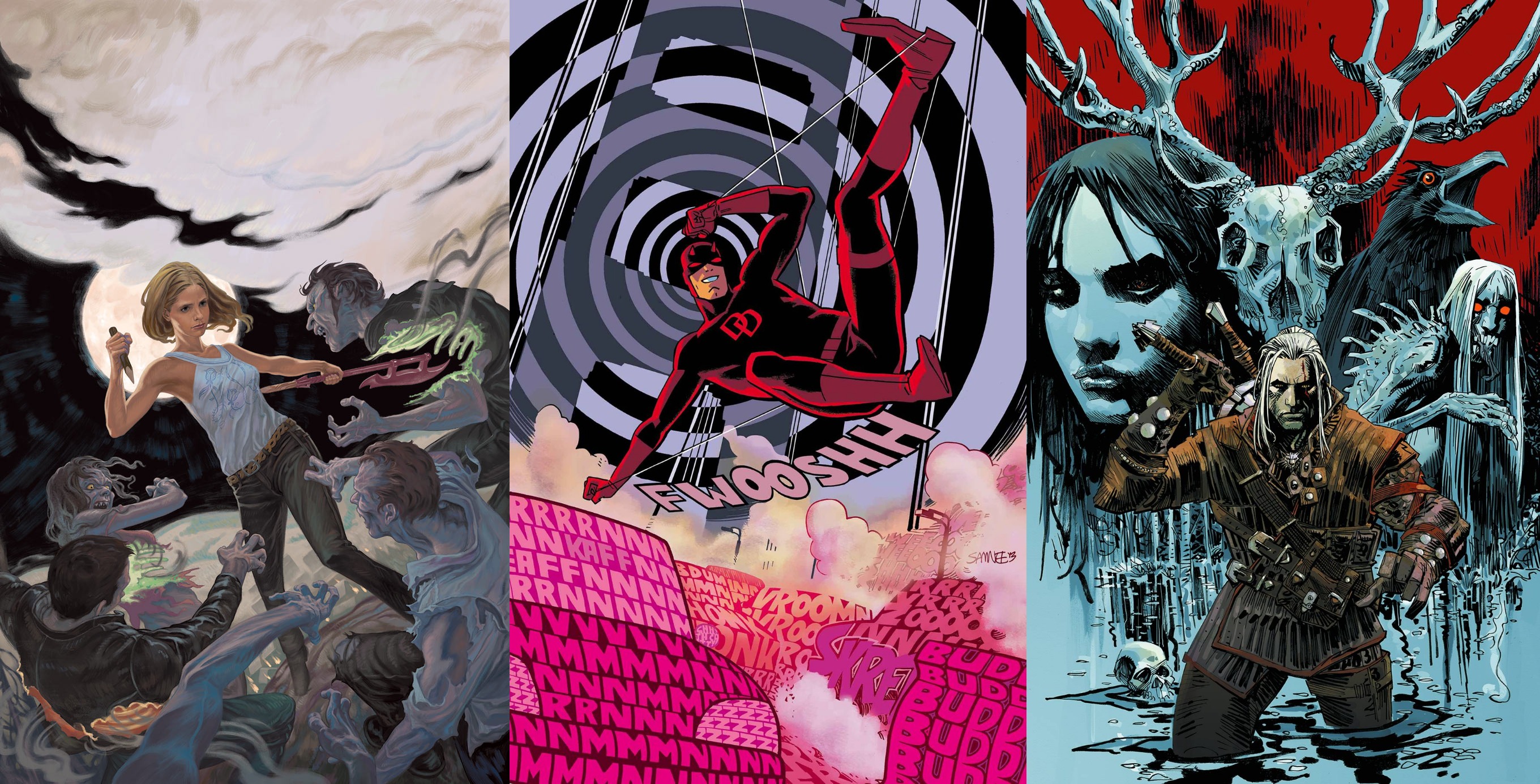 BUFFY THE VAMPIRE SLAYER: SEASON 10 #1 – I love and adore Buffy. So reading this was simply joyful, like having Christmas in March. This issue gets right to the thick of it all, remarking on both the fallout of last season’s battle and the fact that zompires (zombie vampires, duh) should no longer exist. Just as Buffy and the gang are getting settled into “normal life”, shit hits the fan and a new battle against the vamps begins. Christos Gage (Superior Spider-Man Annuals) offers a great gradual plot with more interesting twists; all the while Rebekah (Angel & Faith) Isaacs‘ pencils keep the mood both light-hearted and engaging. There’s enough weight behind the character interaction that will have Buffy diehards happy. The show must go on. 4/5.

SUPERGIRL #29 – Okay, so basically, Superman’s cheery cousin Kara (kidding) arrives on earth knowing that her parents are now dead. This all leads up to this issue, where she gets a hold of the Red Lantern Ring and becomes rage. When I say rage, she goes cray-cray. Not to say that this issue isn’t good, but even with the interesting on-paper bout with childhood BFF Silver Banshee (and another guest star that shall be kept secret), I would rather have read something more clever. With that, my eyes didn’t bleed viewing the beauty of artists Ray McCarthy (The Flash), Dan Brown (not The Da Vinci Code) and Yildiray Cinar (Earth 2). 2.5/5.

THE WITCHER #1 – Honestly, your High Priestess had never heard of the Witcher, until now. I know. Shame on me. This comic offers a nice combo of horror and fantasy that has me intrigued despite its simplicity: a couple of strange medieval dudes hang in the woods, albeit a very dreaded one, with creepy art to boot. Perhaps the most impressive part of Paul (Age of the Sentry) Tobin‘s storyline is just learning about The Witcher himself. What is a Witcher? Why am I reading this? Why hasn’t he killed this hunter already? What is his end goal? There are several questions, without much exposition — and we should be all the more thankful for it. I likely won’t invest 97-semod hours into the video game, but Dark Horse can surely count me with their comic. 3.5/5.