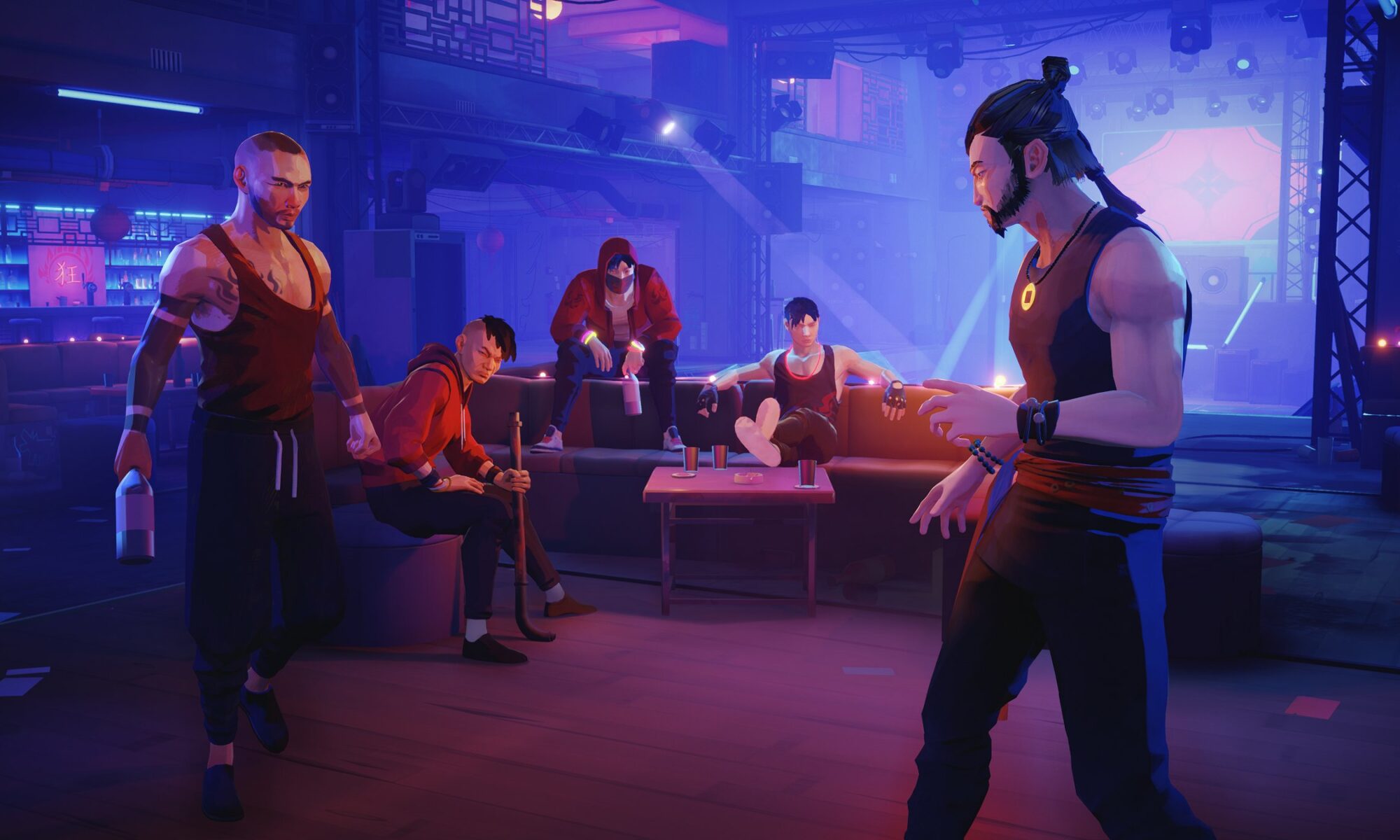 I thought my time with challenging games were reserved for Elden Ring, but here comes Sifu making my hands sweaty. This is a game where you’ll need to repeat levels and bosses to perfection. At its core, Sifu is a beat em’ up game, but you won’t just be spamming punch or kick, and eating chicken for health. Instead, it pulls elements from a variety of genre’s like rogue-like’s, fighting games, and even Sekiro: Shadows Die Twice.

This is a tough game, for sure; but what’s most appealing is the satisfying combat, painterly art style, fantastic soundtrack, and detail-oriented level design. Sifu will no doubt be a contender for Game of the Year in 2022.

This game’s story is basically a Kill Bill vol 1 revenge story. Your father is killed by a group of people who each have a distinct martial art’s style, and your character is on a path of revenge. You get to choose a male or female character, but this has no influence on the story or gameplay. Although, the male character model looks better.

This sets the stage for the remainder of the game where you’ll be visiting five different locations, each with a boss at the end. There’s very few cutscenes and some of the lore is baked into the few collectibles found in the game. The story and characters are definitely the weakest points of Sifu. It’s a basic story that takes influence from many classic kung-fu films. Is revenge the only way? You get to choose. 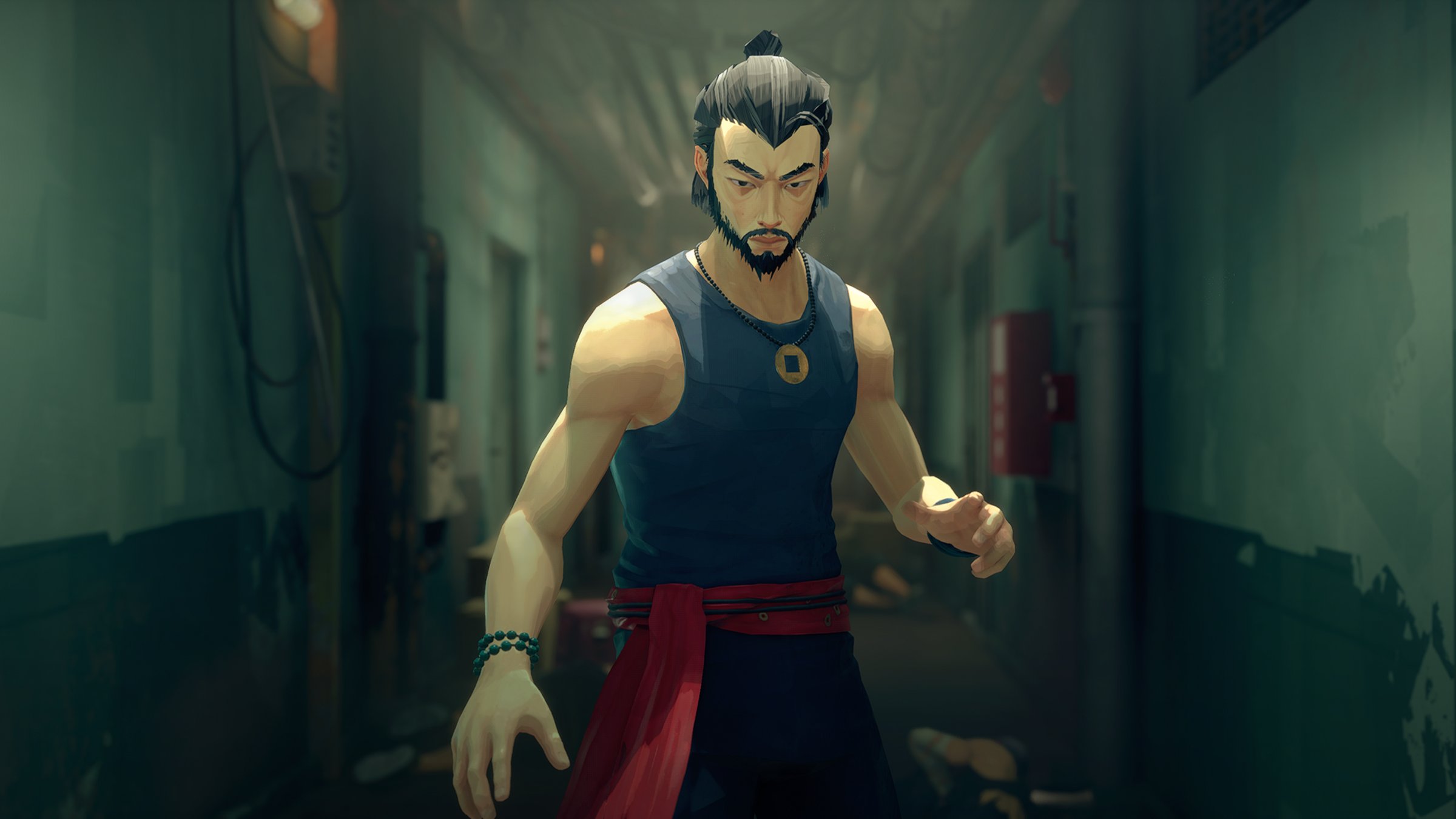 Even though the story felt too safe to be remarkable, I didn’t even care. From the moment you experience Sifu’s intro, it’s vibe and creativity shine. It so seamlessly melded the introduction and tutorial together. It was at this moment that Sifu had its hooks in me. My admiration of this game accelerated as I hit the first level, a run-down drug house within a garden. The environments are littered with details and color.

The other levels include a club full of neon lights, a museum full of paintings and colorful exhibits, a tall office tower with sandy underground caves, and a sanctuary full of hot springs and massage parlors. Each location has their own vibe, color scheme, and, most importantly, music.

The music in Sifu is outstanding. Not just because there’s intense electronic bass reverberating throughout the club level, but because the music modifies as you traverse through the level. It’s as if a new tune is added to the song as you get deeper into the level. More importantly, the music intensifies when you’re in the middle of combat. The music supplements the combat so well.

The combat makes you feel cool. Your characters stance looks so bad-ass when executing attacks, dodging, parrying, weaving, backing up, or even standing still. The amount of unique animations poured into the combat is outstanding. You perform attacks in a more simplified way than you would in a fighting game. For instance, flicking the analogue up twice and then pressing light attack or heavy attack. Additionally, performing a combination of light and heavy attacks together, or holding down the heavy attack button for a devastating charge attack. You’ll be able to get through the first level button mashing the attacks, yet later areas will require a more sophisticated execution of attacks, parries, dodges, and weaves.

Notice how I mentioned not only dodging, but also parrying and weaving. The game doesn’t do a good job in explaining the difference and you’ll have to keep dying and retrying to see which is most effective. I started playing the game like Sekiro, parrying every attack in quick succession. That got me through for the most part, until I faced the 2nd boss who’s attacks quickly broke my structure. Structure is basically stamina (or posture in Sekiro). This is when I discovered the art of weaving because dodging pretty lead me to putting my face into some unforeseen attack. For the sake of clarity and because the game doesn’t explain it, let me break it down:

I found little benefit in dodging, except when I needed to get space in between me and the enemy to regain structure or to avoid getting surrounded by hordes of enemies. Parrying was most effective against big groups of enemies and against specific phases of bosses. Weaving is probably the most effective tool against elite enemies, mini bosses, and main bosses since you can scale successful weaves to regain structure or focus (unblockable special attacks). It’s also a lot easier to hold down block and flick the analogue in a direction, than it is to properly time parries.

I got beat down a lot before I wrapped my head around these systems, and each enemy has a different kung-fu dance to master and exploit. I wish the game tutorialzed the combat more deeply, but there is a somewhat helpful training room in the main hub area if you want to test out different moves. The combat is very satisfying once you get into the flow.

The crazy thing is, the combat isn’t unforgiving because you need to figure out when to properly attack, dodge, weave, or parry. It’s unforgiving because every time you die, you age. The more deaths you have stacked, the older you age upon your next death. For example, if you’re 25 and you died 3 times, the next time you die, you’ll be 28 years old. As you age, your attacks become stronger, but you have less health. Once you reach around age 70, it’s game over and you’ll have to start all over again.

The cooler part of the age system is your character model’s appearance changes. Your character becomes less muscular, hair turns white, and wrinkles form. I hope I look that cool and move that well when I’m 70 years old. In other unforgiving games like Souls games or Returnal, once you defeat a boss, you can take a sigh of relief and enjoy your victory. In Sifu, you’ll have to face the enemies and bosses over and over again in hopes that you complete it at a younger age. If you beat the first level at age 55, you’re not likely to even make it through the 2nd level before game over. Therefore, you have to replay the first level again and hope that you’re young enough to make it through the next level.

Thankfully, the game saves the earliest age you completed a level. For example, if you beat the first level at age 23, you can always start the 2nd level from age 23 and that progress doesn’t go away. Your goal is to complete each level at the earliest possible age, just so you can get closer and closer to completing future levels, and completing all 5 levels before game over. I loved the game so much, that I practiced until I beat Sifu at age 23.

This repetition of re-playing levels, makes Sifu feel like a rogue-like. Another reason it feels like a rogue-like is you can unlock skills after every death, but you only keep the one’s that you permanently unlock. You have to pour in points to a skill 5 times before you can permanently unlock it, and even then, you have to pour in another 5 permanent unlocks before the skill is there forever. That sounds confusing right? That’s because it is, and the game doesn’t explain it at all. Rule of thumb, focus on one skill per run, so you can permanently unlock it for future runs. Leg sweep for the win.

Going back to level design, not only is it aesthetically cool, but there’s secret rooms to discover and shortcuts to unlock. Granted, some of these secret rooms only have harder bosses that are protecting a key to open a door in a previous level, but it’s still really cool. You will have to progress within a level or in future levels to collect items to unlock shortcuts or hidden rooms.

I love shortcut systems in games and for a game like Sifu, it’s really handy to skip an entire area of enemies and get to the boss quicker. In the museum level, you can skip the entire level and take an elevator straight to the boss. The only downfall to this is there’s an entire sequence in the museum that uses colors and silhouettes in a really breathtaking way, but I’m not going to complain.

Sifu isn’t a passive game. You’ll need to keep at it, focus in, trial and error, repetition, GIT GUD. If you don’t like that kind of experience, there isn’t an easy #MoodyMode or accessibility features to bypass some of the more intricate combat features. Considering the combat is the main focus of the game, I don’t think you’re missing out if you skip this game to avoid the stress. The only thing I wish everyone could experience is the artistic level design, amazing music, and some really awesome set pieces within levels. 4.5/5 Suntory Whiskeys.