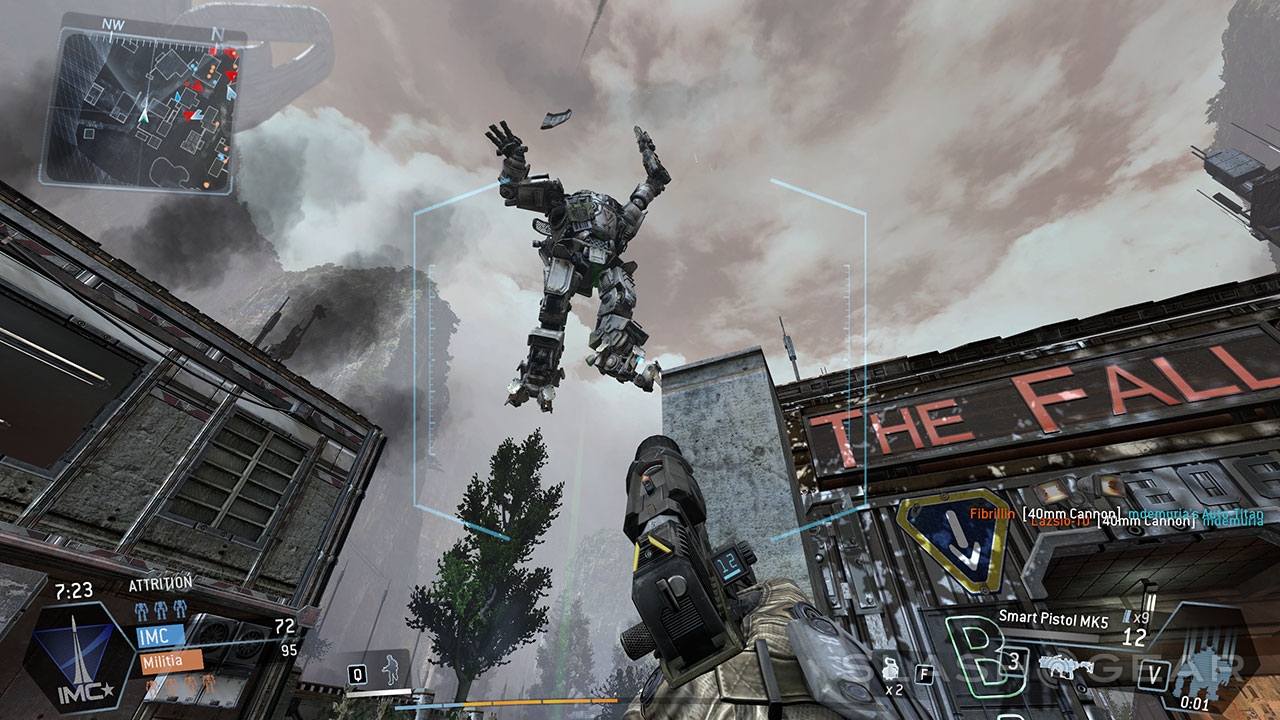 For the love of all that is good and holy, I cannot stop playing this game.

Titanfall is pure fun at its damage core, an adrenaline rush unmatched by any online FPS on the market. The combat is tight, and the free-running mechanics and specialized weapons just make sense, something I find especially refreshing in a genre where too many titles feel like they’re fighting in the Clone Wars. While every rose has its thorn (or does every Titan have its loose nuts and bolts?), Titanfall’s thorns are few and far between.

I opted to begin with the campaign mode in Respawn’s behemoth shooter. You’ll play as either an IMC or Militia pilot across nine missions, where the story narrative vocalizes over your intercom as you crush opponents in either Hardpoint or Attrition gameplay variants. The AI pilots are surprisingly sharp, with almost a human quality to their gunplay. Well, that’s because they are humans.

Titanfall in its entirety is multiplayer only. While this allows for some very interesting battles where the story progresses no matter whether you win or lose, it also loses some key components to a good campaign mode. There are no consequences– life is not finite; you can literally teabag your entire way through the hour-and-a-half-per-side campaign and find yourself with a completed story and a gifted 100 achievement points. However, there is a mech-ton of fun to be had bringing a party into the campaign and wreaking havoc on the opposition, and you’ll be rewarded for winning every mission. Speaking of rewards…