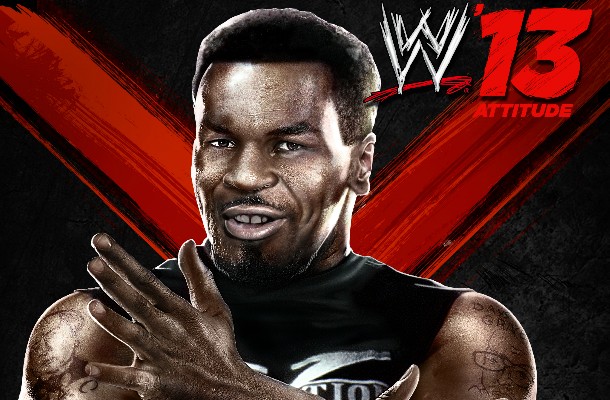 The most important announcement made on the eve of SummerSlam yesterday had nothing to do with the actual event at all. No, all the buzz yesterday was focused on the roster reveal for WWE ’13, arguably the most anticipated wrestling game of all time.

Why that bold a statement?

For one, WWE ’12 ended up – surprisingly — one of best video games period last year, chiefly for its convenient grab-and-go controlling, an amazing Create-A-Wrestler mode (that I only wished doubled or tripled in its roster length), and some of the very best cutscenes in wrestling video game history.

In fact, ’12‘s Universe Mode was so awesome, my “season” had instances that flat-out mirrored the current RAW and IMPACT. And absolutely nowhere else could you play with the nWo, Attitude Era WWF, TNA, ECW, and current WWE feds simulataneously.

Expect THQ’s new wrassler, out Hallo’s Eve [Oct 30th, 2012], to feature far more ol’ school get-ups, flashy costumes and nifty attires, but very few new faces. Sure, the roster of 85 is clearly the largest ever for a WWE game, but a lot of those “new” mugs appeared last year via DLC (Brodus Clay), or through CAW’s (Chris Jericho, Bret Hart). While it’s always nice to have the wrestlers official, this minister can’t help but feel let down by the lack of Attitude Era wrestlers now signed with TNA.

I know, I know. The exclusion of the Dudley Boyz, Hardys, Ric Flair, Kurt Angle, and other ECW greats such as Tommy Dreamer and Rob Van Dam was to be expected, as there’s just no way the majority of TNA’s roster could appear in a WWE game (although Angle told everyone on twitter otherwise, yap yap).

But, hey, now you can pit “The Next Big Thing” versus “The World’s Most Dangerous Man”!!!

Ha, I’m sure Dana White would get a kick out of that.

So, here’s a rundown of both rosters — current and Attitude Era — for WWE ’13:

And now for the anticipated mode that a shit-ton of fans requested! Hey, got to give THQ some sorta credit here…

To be fair, there’s a hefty selection here. Most of the time THQ resorts to including “Stone Cold”, Shawn Michaels and The Rock and not much else. The APA? (We better get some bar brawls) A full Degeneration-X? (Your ass betta call somebodyyyy!!) Lita vs. Lita vs. John Cena vs. John Cena vs. The Rock vs. The Rock vs. Chris Jericho vs. Chris Jericho vs. The Undertaker vs. The Undertaker vs. Triple H vs. Hunter Hearst Helmsley vs. Edge vs. Edge vs. JBL vs. Bradshaw vs. The Big Show vs. Paul Wight vs. Mark Henry vs. Mark Henry vs. Christian vs. Christian vs. Mankind vs. Cactus Jack vs. Dude Love??? (Yes! No! Yes! No!)

Notable “Attitude Era” Omissions: Aside from wrestlers who sported ECW on their T-shirts, or those currently signed with TNA, where the hell is Brian Pillman? I even own a WWE Legends action figure sporting the Attitude Era’s “Loose Cannon.” Okay, so he’s my all-time personal favorite (along with “Mr. Perfect” Curt Hennig, who was with the nWo at that time), but seeing him would have been fantastic. The gun pulled out on “Stone Cold” was perhaps the most notorious incident of that era.

That’s if you don’t include the death of Owen Hart. No surprise here, that the “King of the Slammys” was absent considering his widowed wife would allow no such thing. Perhaps no female (if you wanted to call it that at the time) wrestler represented Attitude more than Chyna. She beat the hell out of everybody, including X-Pac in the bedroom. She even dated Triple H (at least he upgraded to jackpot proportions).

A couple more surprisingly absences are Sycho Sid and Rikishi. Hell, these dudes even had actual matches on recent RAW’s! “Sycho” Sid had plenty of memorable wars against Mankind, Bret Hart and Vader, so FTW. And finally, the most surprising of all… Goldust. Hell, he was in last year’s game! While there were some other pretty controversial figures at the time — Val Venis, Gangrel, Hardcore Holly– did anyone represent “pushing the line” like this guy? Dustin Runnels character even made Vince so uncomfortable he got himself a raise and a classic feud with Roddy Piper!

Either way, this entire article is most likely all for naught. Because, with yet another delicious CAW mode hopefully underway, you’ll be able to make any character of any fed to your liking. And since this expansive WWE ’13 roster should take up many of those CAW slots for you, one could only fathom the possibilities.

Ladies and gentelemen of the church, “Loose Cannon” or not, this is my most anticipated game for the rest of 2012.